Heirloom Creations, a 4,000 square foot store in Sioux Falls, SD, is a top 10 Husqvarna Viking dealer in the U.S., so they are a major player when it comes to selling sewing machines. They also sell the GO! line of fabric cutters, which they demonstrate to customers daily.

Owner Cleo Snuggerud started Heirloom Creations in 1989 and her husband Gary joined not long after that. Then, in 2001, their son Steve and his wife Sara Snuggerud became co-owners of the family business.

Sara joining her in-laws business was inevitable considering she worked as a cross-country educator and trainer at BERNINA of America and Oklahoma Embroidery. She actually met Steve at one of those many BERNINA trainings. Sara’s experience in the sewing industry started early, as she grew up watching her mother run a sewing business and eventually spent afternoons working there in her teenage years.

Heirloom Creations is known for their service, education, and sewing machine demonstrations. Sara makes all of their videos as well as writes all the blog posts. She also teaches serger classes for Craftsy, and over 3,200 students have signed up for these classes in less than a year. Heirloom Creations has a total of eight employees including two technicians.

“Our education is very sought after … so much so that we have a website called Sewing Mastery where we do videos on sewing machines. We take a sewing machine and open it up, and we go over every page of the manual,” Sara says.

“GO! has been a good product line to have in our store. The electric one [GO! Big] is the one everyone wants. We also sell a good selection of AccuQuilt dies and are adding more as we can,” she adds. 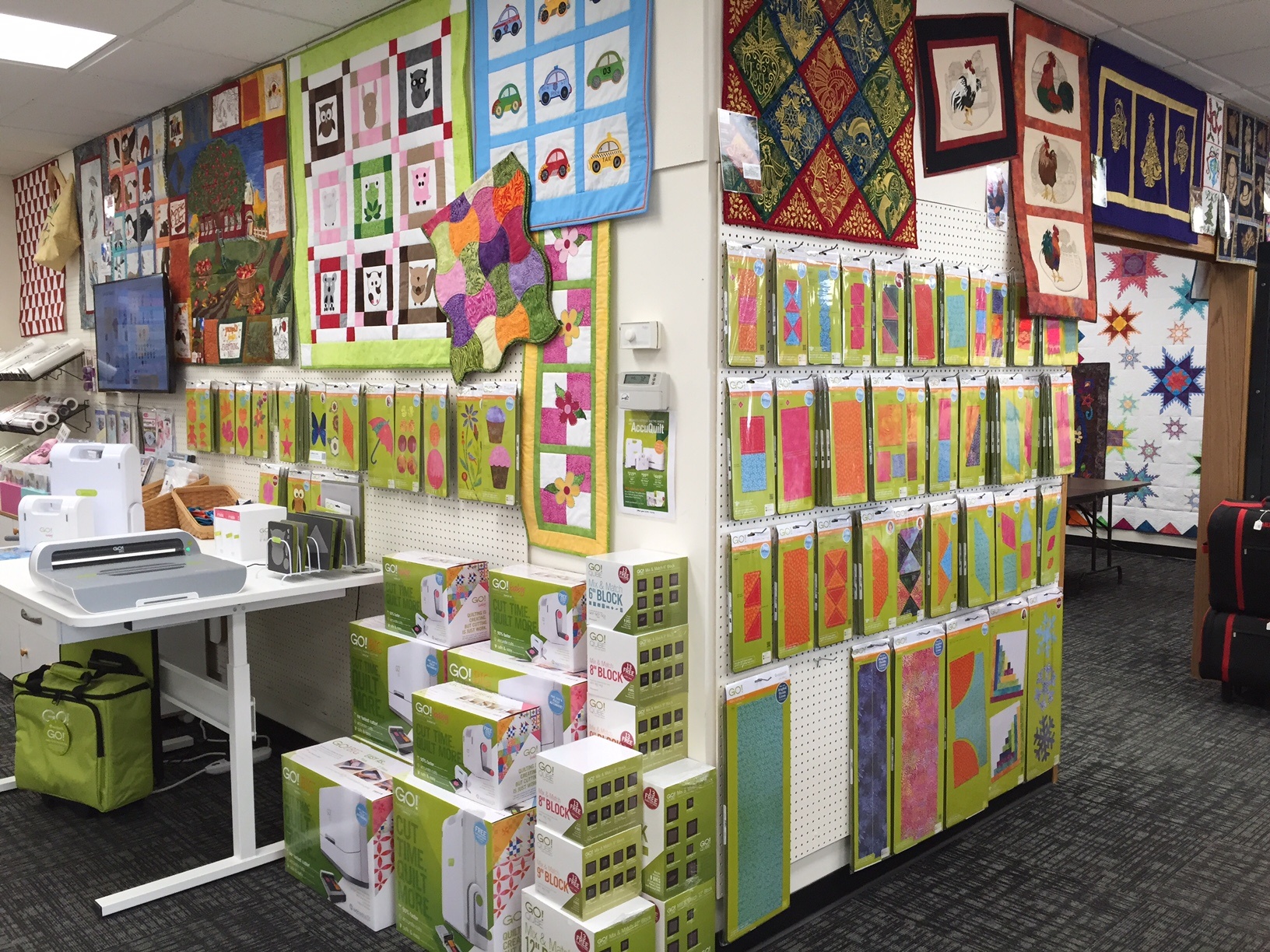 Heirloom Creations has an impressive YouTube channel featuring sewing machine demonstrations. Their YouTube channel currently has about 1,900 videos, more than 40,000 subscribers, and over 8 million views.

Watch Sara demonstrate how to cut bias binding with the GO! and the GO! Big! in the video below.