This Isn't Your Grandmother's Dresden Quilt

Hi, it's me Bea again from beaquilter.com. I'm here to show you this modern Dresden quilt. 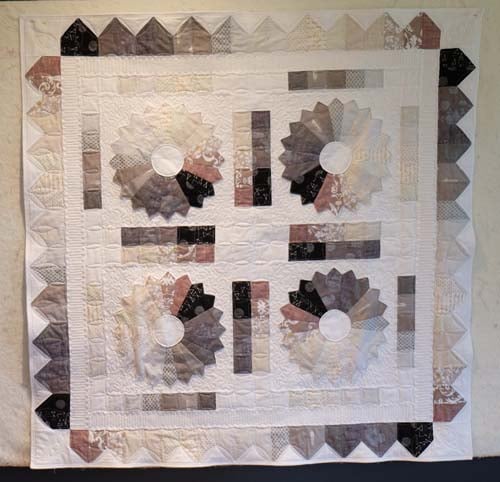 I made this using the Dresden plates die 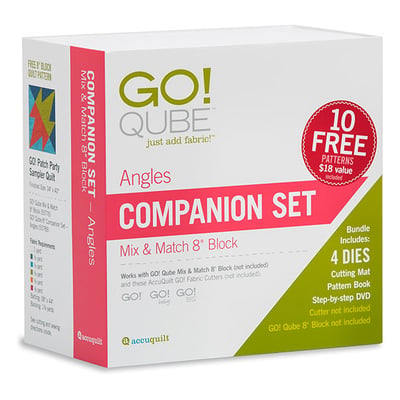 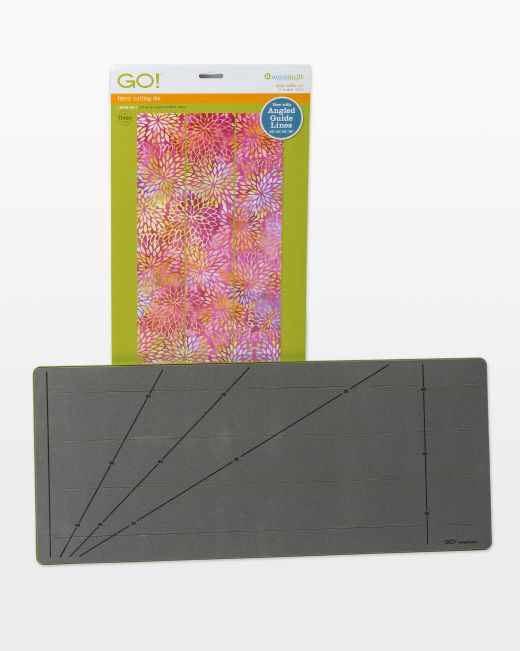 I also used a FQ bundle of 20 fabrics, BUT I had already cut into it for a hunter star quilt I made recently, so I had to see how far I'd get with this one!

First I cut out 4 Dresdens from each fabric using the dresden shapes with the straight tops. 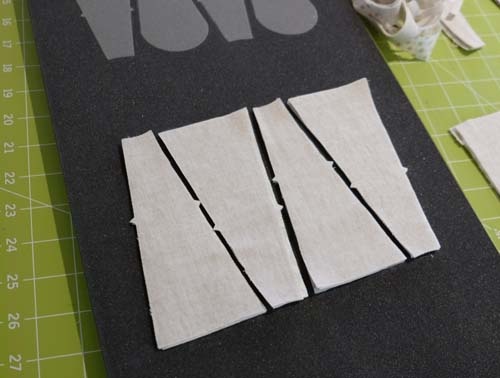 Then following the directions on the insert that comes with the die, I folded the wider top edge in half right sides together and sewed with a 1/4" seam allowance of course, then trimmed the corner at the middle edge and turned right side out and pressed flat. 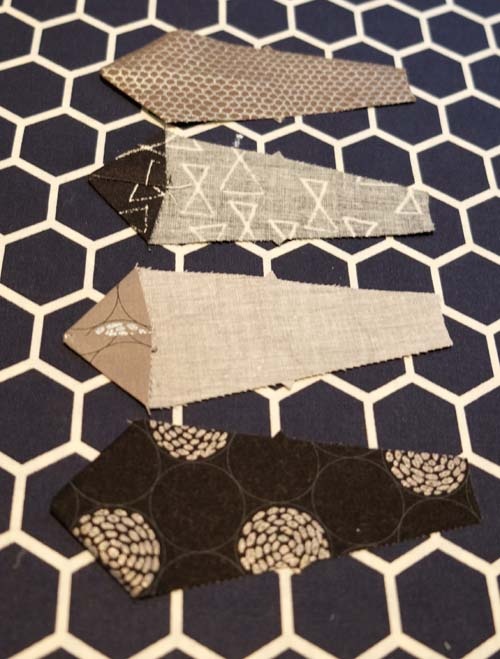 A Dresden block with this die uses 20 wedges, it was perfect that my FQ bundle (scraps) had 20 colors!

I laid them out in a circle and tried not to have an abrupt change from one to the next. 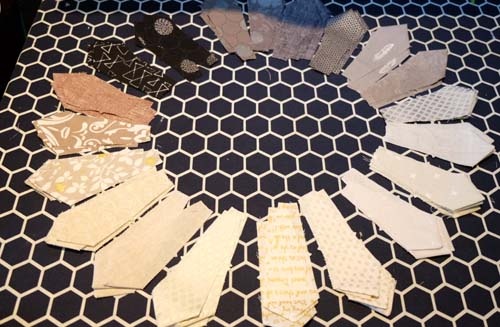 Then I sewed them together! and here is where I decided that the black should be facing toward the center. 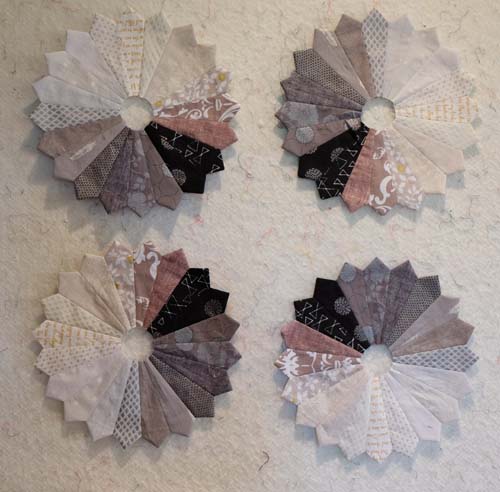 I cut out (4) 14 1/2" squares in white and placed the Dresdens centered on each one and stitched down. 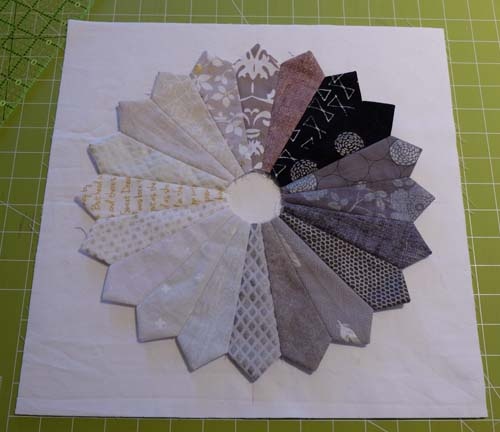 It helps to mark the mid points of the blocks and then line up one of the tips with that point near the edge. So marking 4 marks at the half way point on all 4 sides, this way it will be centered perfectly! 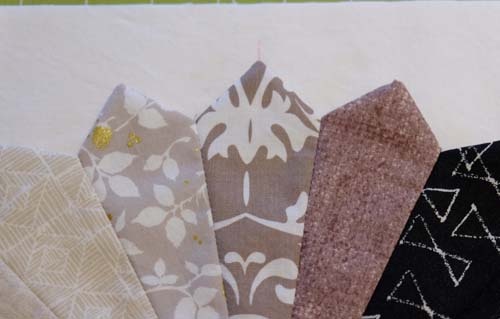 I decided on a white center circle and since it's white I wanted more than just one layer of fabric, so for each Dresden I cut out 2 circles. 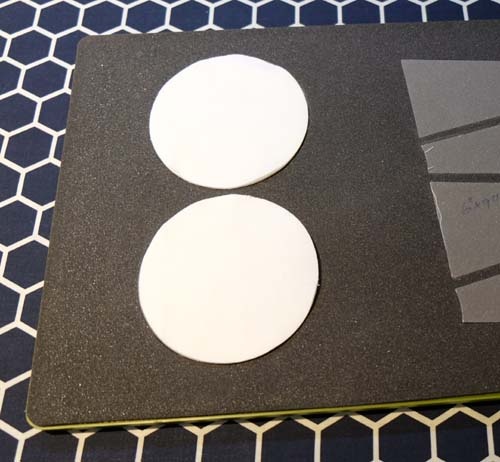 Then with two circles together (right sides, but it doesn't matter with white fabric), I sewed 1/4" all the way around, trimmed the seam allowance and cut and X slit thru only ONE of the circles and turned it inside out and pressed flat 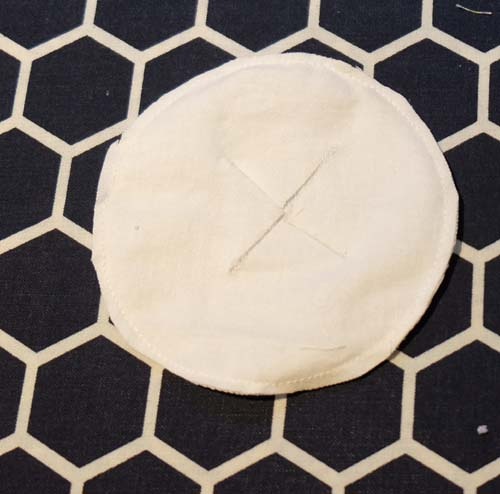 and then I sewed it down the middle of the Dresden block.

Here you can see my straight stitch on the Dresden pieces too, I liked that instead of a satin stitch/ button hole stitch. 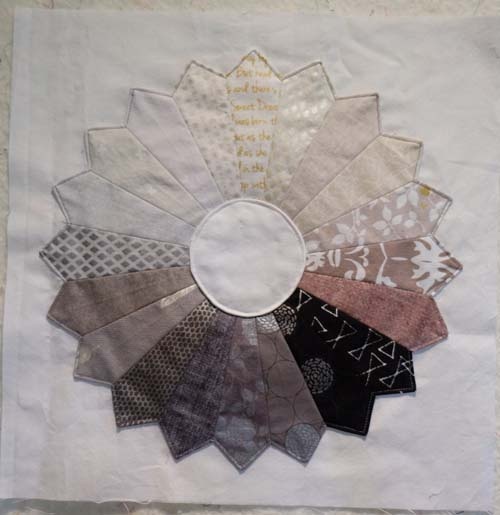 Then laid them out around each block and followed the same order as the Dresden blocks. 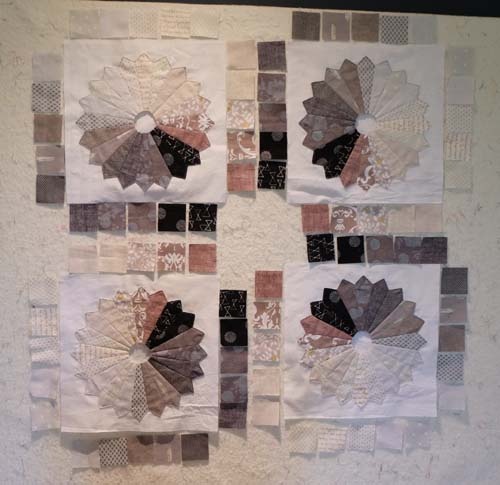 Then, I added white squares on each side and in the corners so it would equal 14 1/2" when sewn together! 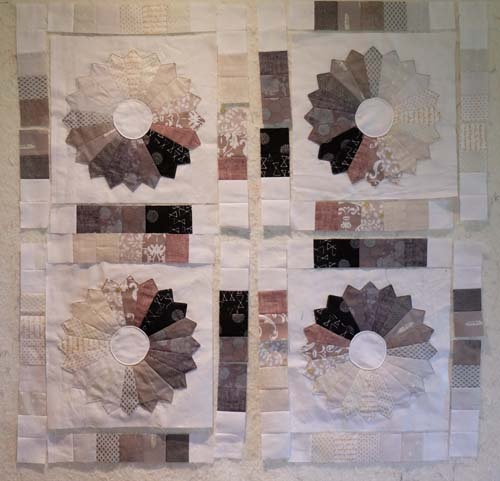 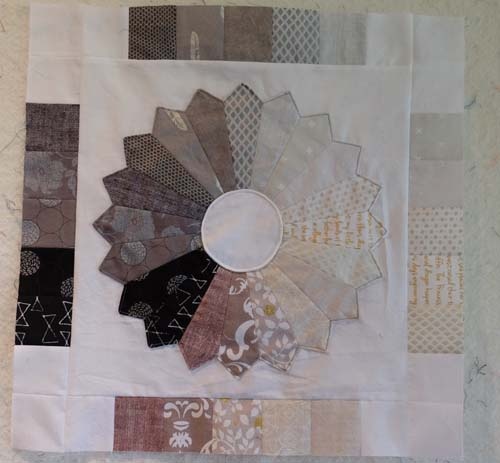 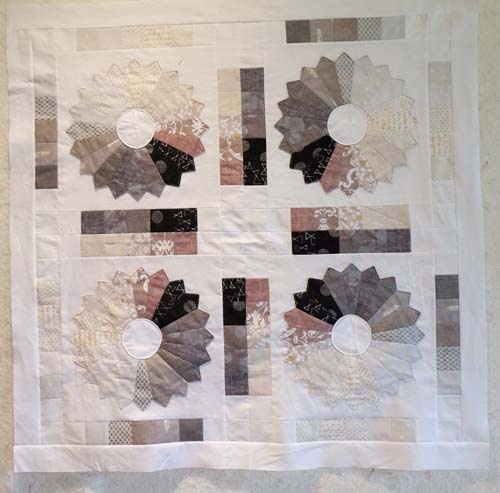 I still had more fabrics leftover from the FQ scraps, so I decided to use the chisel shape from the companion set and cut out 4 of each, but this time I sorted them and decided on a right or left of each one, still following the order of the dresden, so some fabrics were right side up and some were right side down! 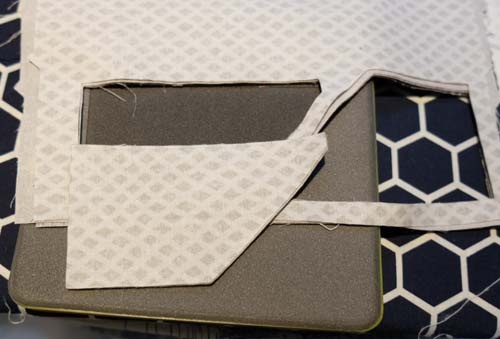 I also cut out matching #5 small triangles with the 8" QUBE set and sewed these to the chisels. 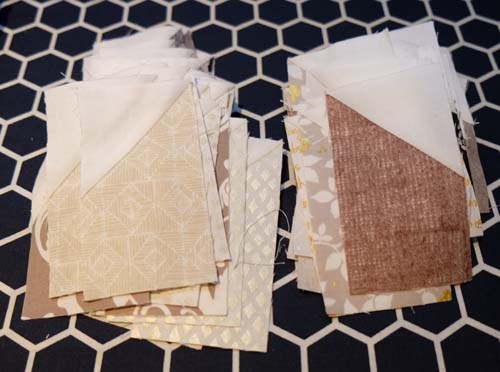 And I sewed these together like this and ironed the seams open. 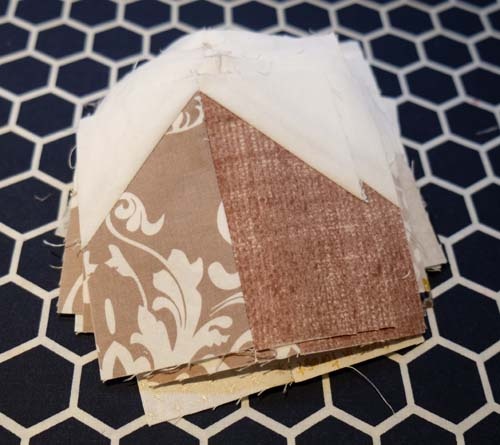 and quilted it and added binding. 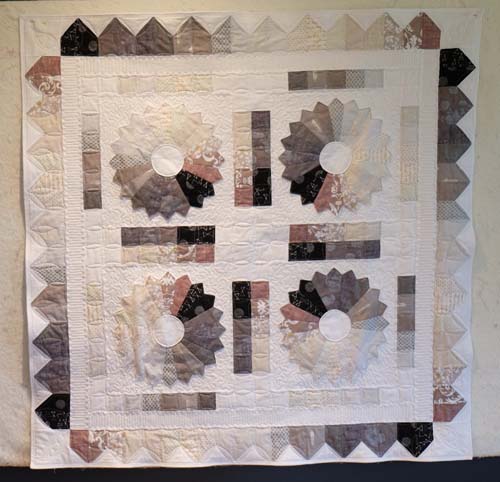 Here's close up of the quilting and I didn't touch the Dresdens at all so they sort of stand out. 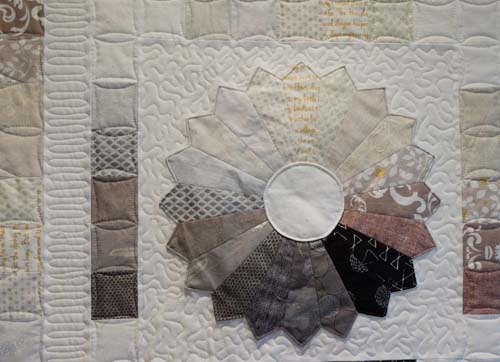 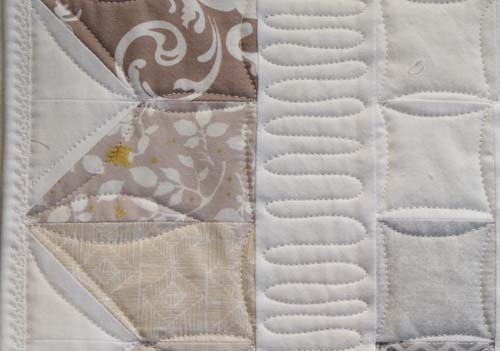 And here's a few pics from outside. 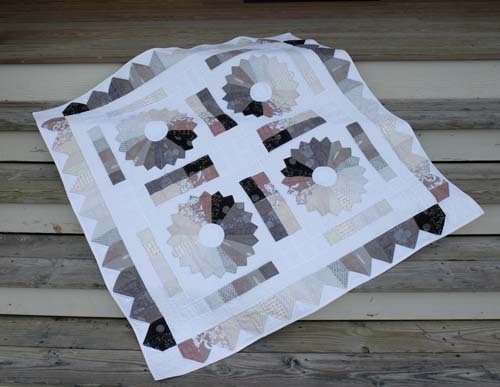 The Dresden is a fun die to play with and my scraps took me pretty far!

But now I don't have hardly anything left from the FQs- which is good!!

Try it out, even though it's a traditional die and maybe you thin of grandma or olden days, it's easy to make it into something new and fresh and more modern!