A History of the Drunkard's Path Quilt Patterns

The drunkard’s path quilt patterns are a popular favorite among more experienced quilters who love a bit of a challenge. Characterized by its zig zag pattern made of curved fabric pieces, this pattern resembles the path a staggering drunk might take on his way home. If you don’t know the origin of this creative pattern, the history is both fascinating and surprising. 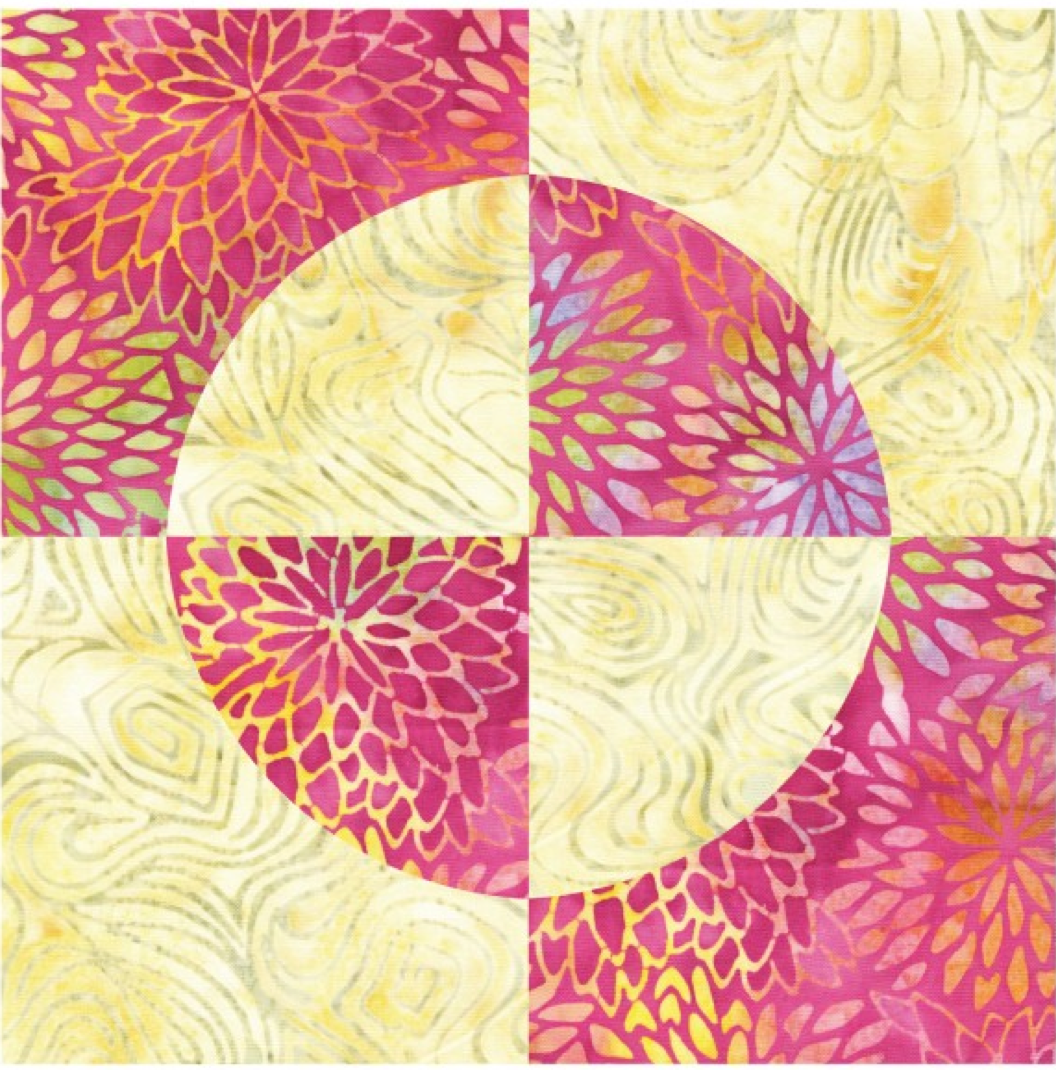 Another name for the Drunkard’s Path pattern is the Solomon’s Puzzle pattern. The origin of this pattern can be traced back to Ancient Egypt. Archaeologists have also discovered the familiar design on Roman artifacts. Quilters in the early American colonies knew this pattern under a variety of different names. It came to prominence in the late half of the 19th century.

Zig and Zag from the Prohibition Era and Beyond

Other stories suggest that the zig zag pattern first originated with the Women’s Temperance Movement in the early 20th Century. This last movement is considered the third wave of temperance, and began in the 1890s. This period saw the rise of the Anti-Saloon League, first organized in 1893. This prohibitionist wave attracted a diverse crowd of people across the political spectrum, and included a substantial portion of women. This last wave was temporarily successful with the enactment of National Prohibition from 1920 to 1933.

The widely-held belief is that the quilts were sewn to promote the abolition of alcohol in the US, and were commonly seen with a blue and white color scheme. While the veracity of these claims has been disputed by many quilt historians, the theory is still popular among quilters across America.

The theory behind the blue and white color scheme of the quilts is that the colors symbolize the purity of water seems. It seems unlikely to be true, as the color scheme is characteristic of a more common preoccupation with color harmony in the quilt. Regardless, it appears that the drunkard’s path quilt patterns were the most popular quilt pattern used to further the cause of the Temperance movement. At the time women were prohibited from voting. Therefore, the quilt patterns were one of the few ways they could express their opinion on alcohol use in the US. While this design was not created for this purpose, it was co-opted by temperance workers for their movement.

Despite its murky history, these quilt patterns gets its name from the way the quilt block looks. Due to the arrangement of the curved pieces, it looks like a staggering drunk. While this pattern can seem intimidating to any quilter who hasn’t attempted it before, let alone a new quilter, this block is achievable with a little patience and practice.

Drunkard’s Path is an Old Fave with a Modern Twist

More modern interpretations of this quilt pattern take far more liberties than their traditional counterparts. Using the same method of including curved patterns, quilters enlarge the negative space around the curved pieces to give it a more contemporary vibe. While the traditional color choice was usually white and another color like blue or red, the modern interpretations include colors from across the spectrum. 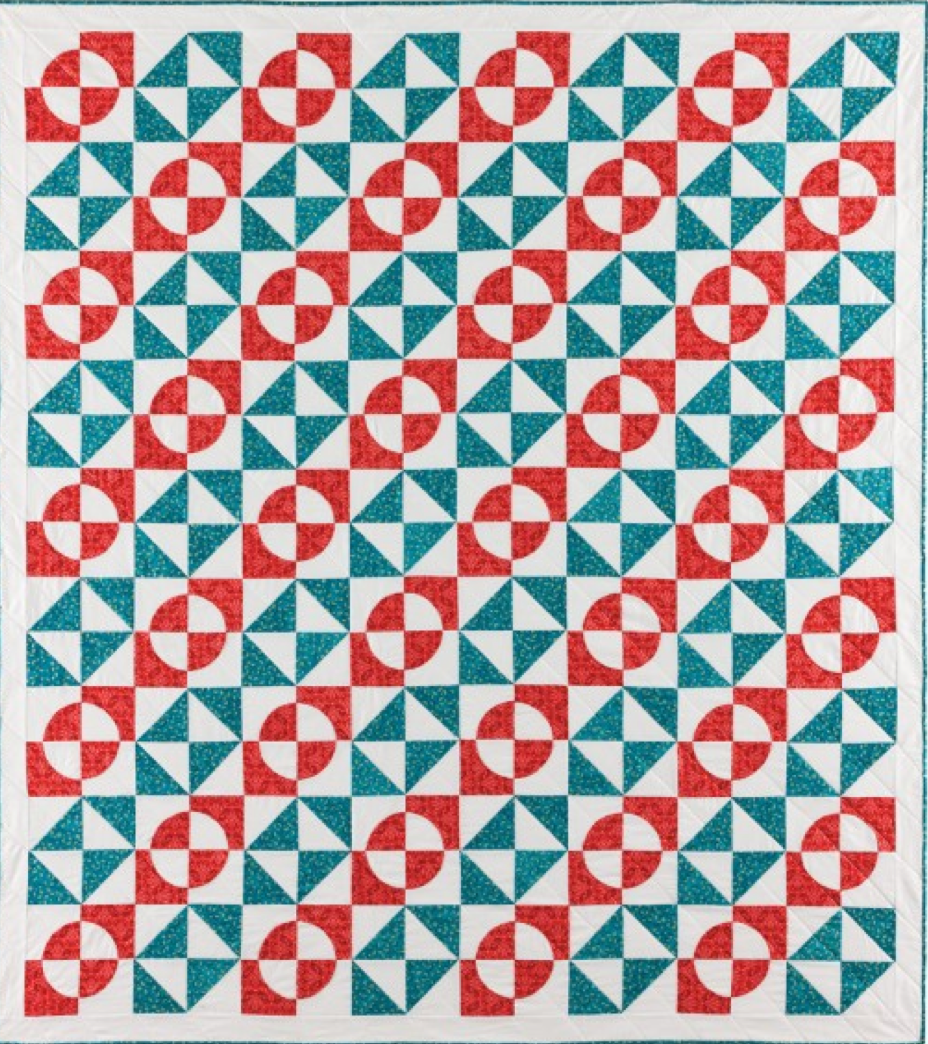 Back and forth with neutral tones give the quilt a different feel than the usual two-toned quilts. Variations on the stitching in the negative spaces also create a pattern that isn’t usually since in more traditional Drunkard’s Path quilts. Once you’ve gotten more comfortable with the pattern, you can let your inspiration fly and create new variations on an old favorite. 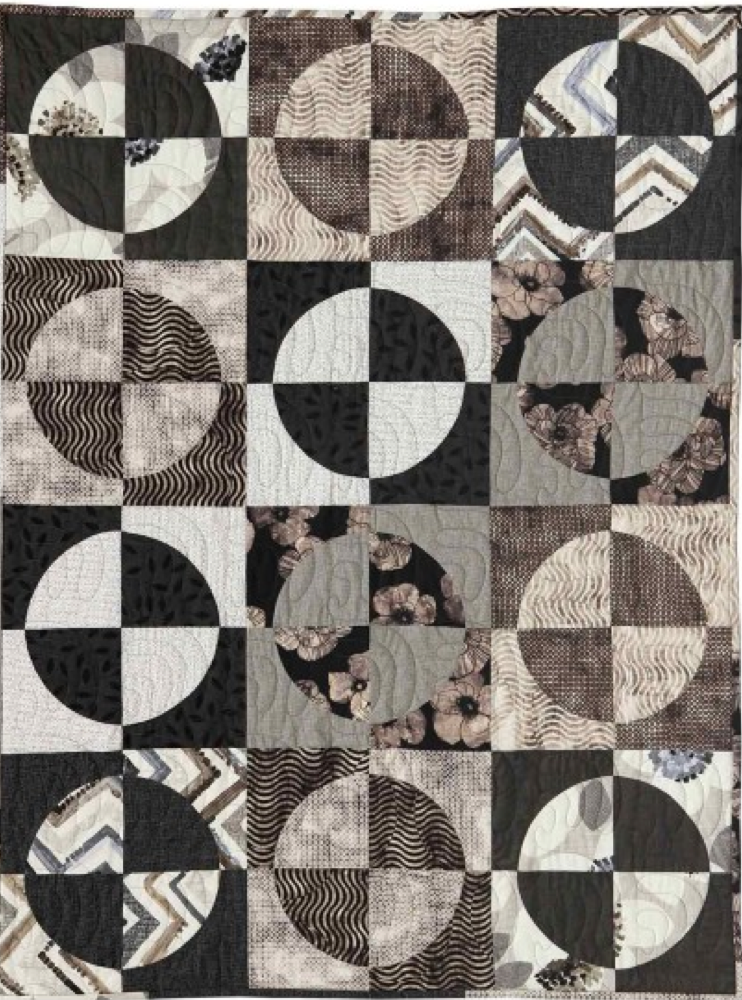 Try the Drunkard’s Path Quilt for Yourself!

The Drunkard’s Path Quilt patterns are challenging due to the curved pieces that make up the quilt. Due to the complexity of the design, this pattern is better suited for experienced quilters rather than those just starting out. Beginners may find it difficult to piece the quilt together and could quickly get overwhelmed by the design. For more experienced quilters, the drunkard’s path quilt pattern could be just the thing to get their creative juices flowing.

To get started with your own drunkard’s path quilt, AccuQuilt offers a variety of drunkard’s path patterns on our website. The patterns vary from traditional to more modern interpretations. Many of these patterns are free, and you may not even have to pay a dime for a download!

To make the construction a bit easier, we offer a variety of fabric die cutters that will keep each piece within precise dimensions. By using a die cutter rather than cutting pieces by hand, you can be sure that every thing lines up exactly as it should. 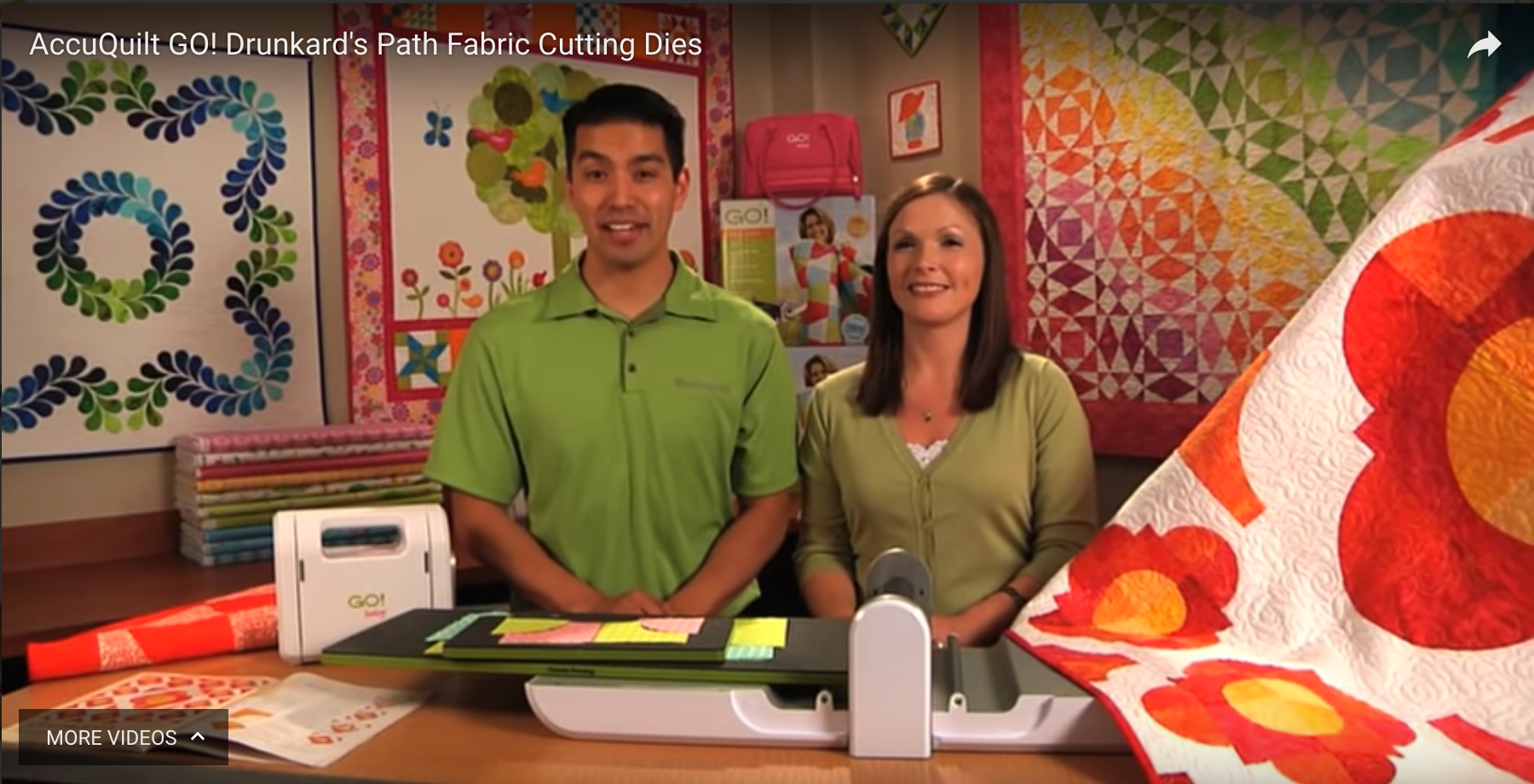 The construction of this quilt involves pinning together many moving pieces to form the pattern, and then sewing them together along the curve. You’ll find your own method of lining up pieces as you sew more blocks, so have patience. The result is going to look fabulous, so keep at it.

Try using the Go! Drunkard’s Path Die. Use this die with your GO! Cutter to cut precise multiples of this classic pattern. The die is compatible with three of their GO! cutters. Using this die and your fabric cutter means you’ll be able to cut down how much time it takes until you get to the fun part, the sewing. It also means you’ll have a high-quality quilt finished much quicker than using scissors or even a rotary cutter. 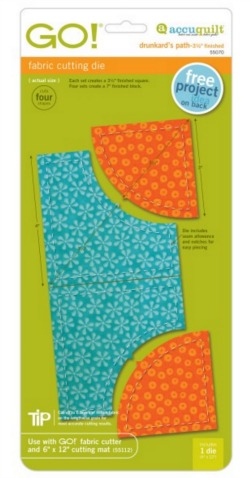 The Drunkard’s Path quilt is a great challenge for the experienced quilter who is looking for a project this season. Whether you stick with the traditional design with its two-toned fabric or try a more modern approach to this beloved design, you’re sure to have fun while doing it.