It Couldn't be Easier - Quilting with the Isosceles Triangle!

Hello, fellow AccuQuilt friends! I am excited to share with you my favorite AccuQuilt die: the GO!® Isosceles Triangle. It is by far the most used in my collection and I have plans for many future projects with this die as well. This die cuts isosceles triangles 5" wide at the base and 6" high at the point.The obvious reason to love using an AccuQuilt GO!® Fabric Cutter is how much time is saved – especially cutting those shapes that would require a template, specialty ruler, or would be tricky with a rotary cutter. For me, the isosceles triangle is one of those tricky shapes. I know it would take me a long time to cut multiple isosceles triangles and I also know that accuracy would be a big problem. They would all end up slightly different sizes. I love using this die because I can quickly cut multiple triangles without even thinking about geometry and they will all be identically sized.

Using a piece of fabric slightly wider than 6" x 44", typically the width of fabric, I can fold that fabric on top of itself making five layers. In one pass through the AccuQuilt GO! Fabric Cutter, I have 10 perfectly cut isosceles triangles.

The isosceles triangle gives multiple options for blocks and quilts. The first and simplest is a one-patch quilt in the 1000 Pyramid style. The 1000 Pyramid Quilt is a very traditional style, but it can have such a modern feel to it depending on the fabric choices. This is a recent one I started with some solid green fabric and some scraps for a Christmas wall hanging. AccuQuilt offers a similar type free pattern called the GO! Perfect Triangle to GO! 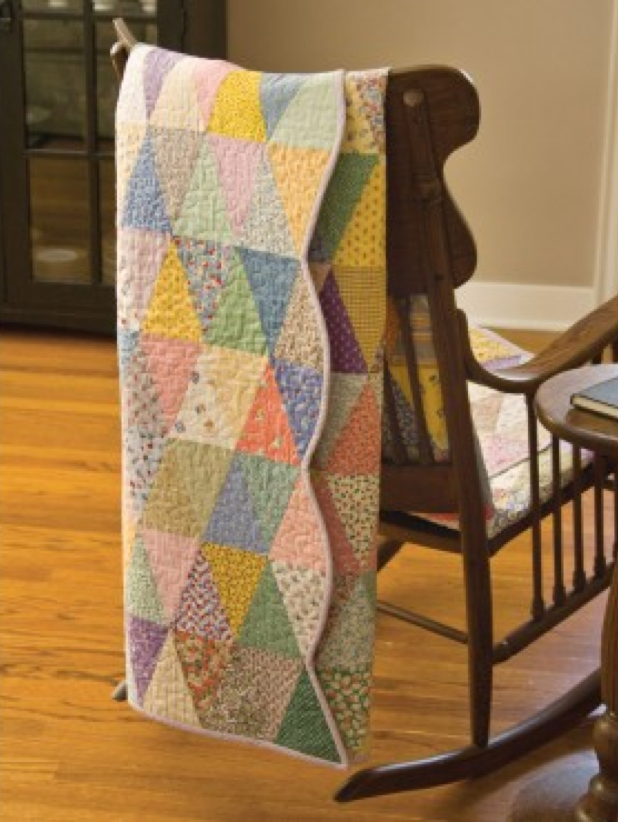 For this look, triangles are sewn together into straight rows, which means no Y-seams are necessary. There are lots of variations to this pattern. The same assembly method could be turned into a one-patch diamond look by laying out the triangles with two of the same fabrics matched up at the bases of two triangles. A sharp zigzag look could also be achieved by staggering the triangles instead of matching up the points in each row.

Another fabulous block made with isosceles triangles is the Purple Isosceles quilt. Here are two different variations on the kaleidoscope block. AccuQuilt has a great example of this below. 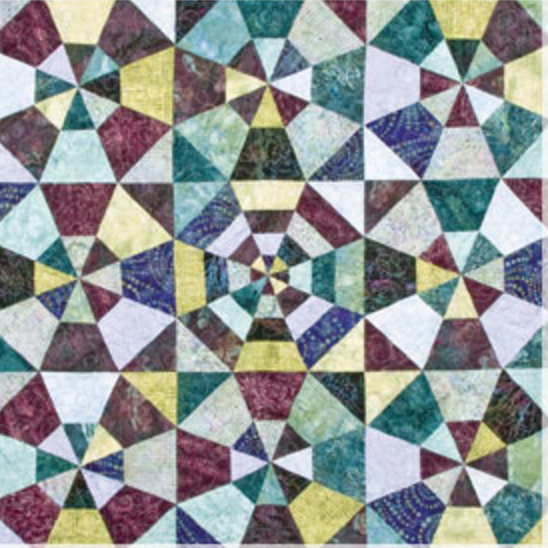 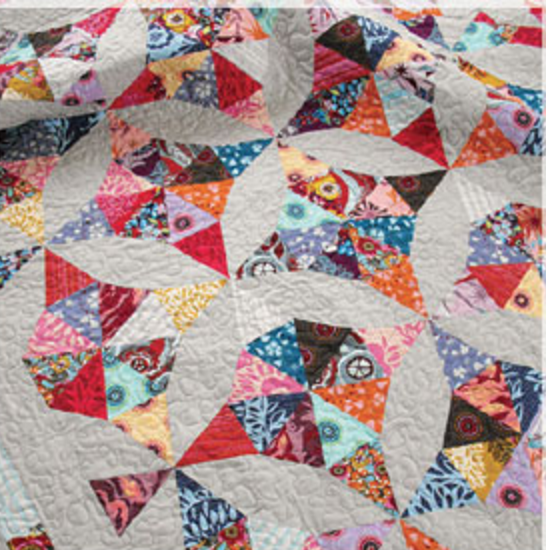 Isosceles triangles could also be used to make beautiful deep saw-tooth rows, which are perfect for dramatic borders on large quilts. An example of this kind of border as well as another variation of the Kaleidoscope block can be seen on the following video from AccuQuilt shown bellow.

An alternate use for the isosceles triangle is to use them to make pennant triangles for a festive bunting. I’ve made a variety of triangle buntings for holidays, birthdays, and nursery décor. I like to make my pennants double-sided so that the bunting looks good from both sides. You could also do a different holiday or celebration on the back side for a reversible banner. When I sew the triangles together, I match-up the wrong sides and sew down both diagonal sides with a scant 1/4" seam allowance, leaving the raw edges exposed. The top-straight edge does not need to be sewn because it will be tucked inside the bias tape. Since the raw edges are cut on a diagonal edge of the fabric fraying is negligible – making assembly very fast. I then use pre-made double folded bias tape to string them together. I tuck the straight edge inside the bias tape and sew it closed while sewing the pennant in place at the same time. For more pictures on this process visit this bunting tutorial on my blog.

And there you have it – lots of uses for the AccuQuilt GO!® Isosceles Triangle die. Use it for both modern and traditional quilts as well as for projects like pincushions or pennants. Lots and lots of possibilities and in a fraction of the time it would take to cut the blocks yourself. I’m certain you’ll love this die as much as I do.

By Amy Smart of Diary of a Quilter 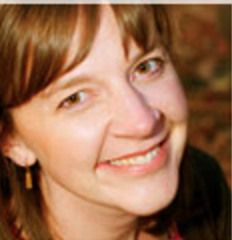 Amy Smart is a mother to four busy kids and is married to a very patient husband. She’s been sewing since childhood and started quilting in earnest after the birth of her first baby, craving something that ‘stayed finished’ in the midst of all those motherhood tasks constantly in need of re-doing. She worked in a local quilt shop for eight years where she began designing patterns. She started writing a blog, Diary of a Quilter and has thoroughly enjoyed connecting with all the talented and lovely people in the wide world of quilting. When she’s not sewing or blogging, she can be found volunteering at the kids’ schools, watching BBC dramas, and trying not to step on Legos.