Last Minute Deals: Get your gifts in time for the holidays!

What is a Fleur-de-Lis?

Meant to mimic the shape of a lily, the fleur-de-lis features three petals bound together. Which makes sense because in French, “fleur” means flower and “lis” means lily. Below is the traditional shape that our GO! Fleur De Lis (#55345) die creates. 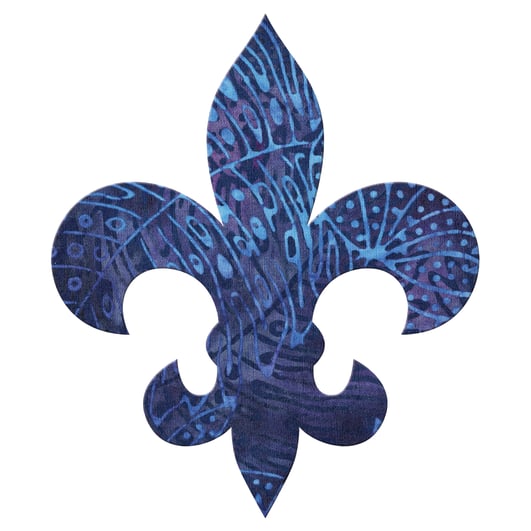 How the Fleur-de-Lis Came to Be

Before the fleur-de-lis became associated with French royalty, it appeared in similar forms throughout ancient civilizations, including Egypt where it was said to represent the snake that ended Cleopatra’s life. According to one legend, Clovis, king of the Frank, adopted the symbol after an angel presented him with a golden lily on the day of his baptism as a symbol of his purification and conversion to Christianity. By the 12th century, French royalty began including it within their coat of arms, though they were a little behind Florence, Italy which adopted it as the city’s official emblem in the 11th century.

Speaking of Florence! Have you seen our GO! Bargello Music Quilt Pattern?

Regarded as the sign of purity, the fleur-de-lis has also been attributed to…

What Does this Have to do with Mardi Gras?

Because New Orleans has such deep ties to France, the fleur-de-lis found its way to the New World thanks to French explorer Sieur de la Salle who first claimed the Mississippi Valley in King Louis XVI’s name. The flag he placed on the land featured fleur-de-lis. 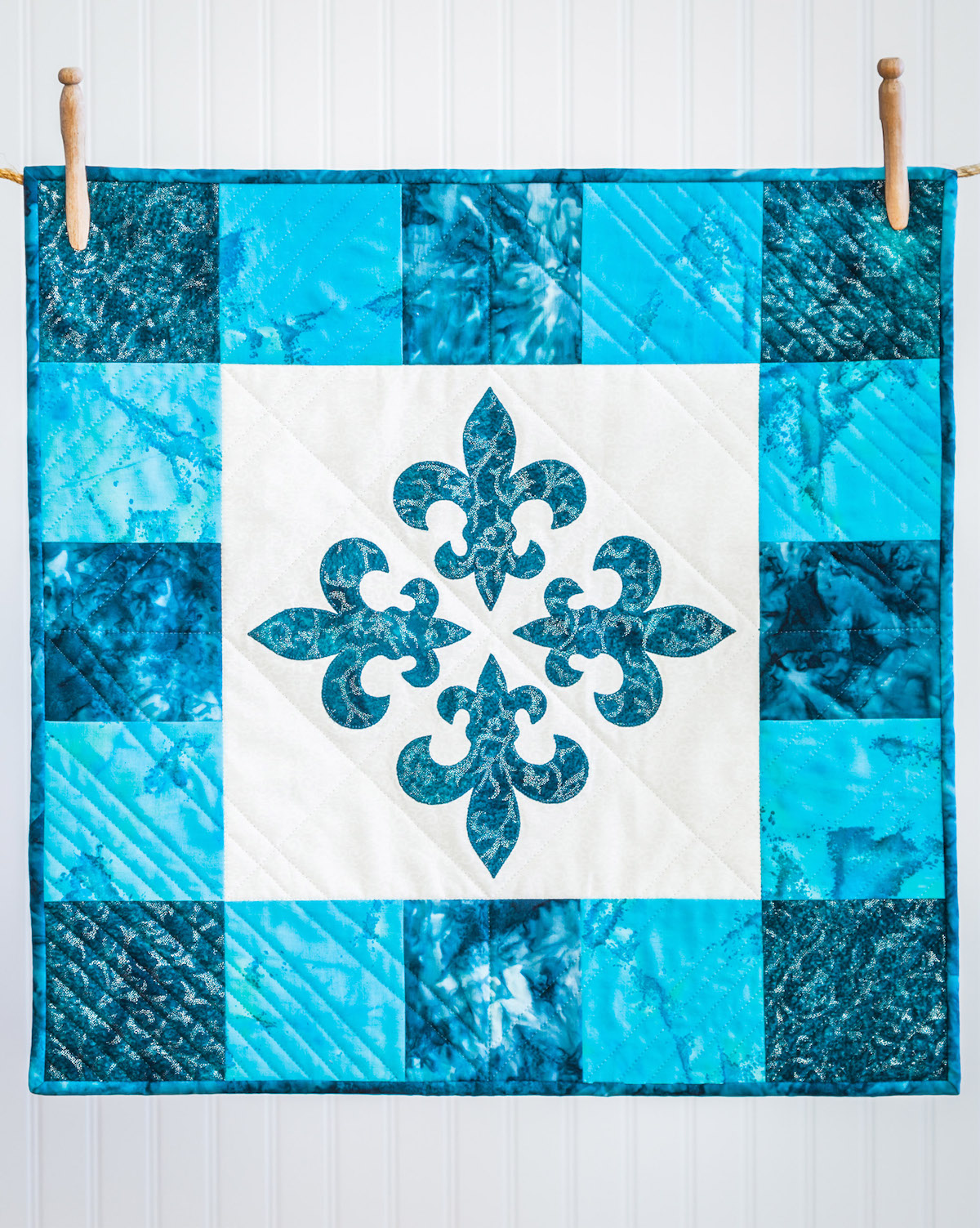 Soon after, French settlers founded La Nouvelle Orléans, or New Orleans with another flag also adorned with fleur-de-lis. The city of New Orleans continues celebrating the emblem as a call to unity and cultural pride.

In the world of quilting and home decor, a throw or lap quilt is a smaller quilt perfect for throwing over you while lounging. It isn’t quite big enough to use on a bed, but it’s definitely enough for cozying up under. Mardi Gras throws are trinkets, beads, cups, toys or anything that are tossed from floats to parade onlookers.

The people distributing those throws are known as krewes, or social organizations who host the Mardi Gras events. Often, the krewes selects a signature throw that represents their organization. Some noted signature throws are hand-decorated shoes and purses, genie lamps, medallions, stuffed animals and even dinnerware.

We hope all our reflections on fleur-de-lis history and Mardi Gras tradition left you feeling inspired to quilt something fancy. If you’re ready to get a little creative, below are some dies that can easily be paired with our GO! Fleur De Lis die to make a Mardi Gras or French-inspired design!