The heart of a quilter is stitched together of dreams and adventures, of sorrows, determination, and joy. Through each period in quilting history, quilters have had unique stories to tell. Those stories were – and are still today – reflected in their quilts. And a quilt, like its creator, is composed of more than meets the eye. Before it becomes a beautiful finished piece, though, it is first but fabric and thread. And even before the two should meet, the fabric is lovingly and meticulously – if painstakingly – cut by a quilter. In fact, quilters’ stories are not reflected only in the finished product but also in their quilting methods – methods that have improved dramatically with time and innovation. Indeed, the evolution of fabric cutting is as storied as quilting history, as detailed as an intricate pattern, and as fascinating as the life, love, and laughter that together create each quilt.

The origins of quilting and fabric cutting can be traced back to ancient civilizations. Thousands of years ago, vegetable fibers were woven together to create clothing textiles. Then, as early as 5000 B.C., linen (made of flax) was quilted together to become lightweight Egyptian clothing. Interestingly, the ancient Egyptians are also often credited with the advent of the first iteration of scissors, so the scissor cutting methods are almost as traditional and historical as fabric itself. These scissors bared quite a resemblance to the scissors still used to this day. However, similar fabrics, cutting tools, and textile remnants were also discovered in China, and scholars dated these to the same time period, so the early history of quilting is as diverse as the quilts of today.

It’s believed that the Crusades catapulted quilting from these earliest civilizations to Europe in the Middle Ages. The Muslims wore quilted clothing underneath their armor, and the European soldiers took note. Over time, quilted clothing – and eventually decorative panels and bedcoverings – became popular in Italy, France, and England. The earliest surviving bedquilt on record was crafted in Sicily in the late 14th century. The Tristan Quilt was created as a wedding gift, as part of a Tristan and Isolde pair, and it is now properly preserved for posterity in the Victoria and Albert Museum in London (Breneman, 2001). 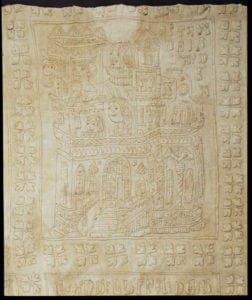 Colonists, of course, brought their traditions with them to the Americas. In the late 17th century, at the height of intrigue and hysteria in Salem, Massachusetts, a far more comforting – and far less documented – piece of history was being crafted in the very same township. This is the earliest lasting reference to American quilts.

At this time, quilts were often made of fabric salvaged from a previous use, which would have negated the necessity of starting from scratch with cutting, in some cases. This method likely made the quilting process smoother and less time-consuming for quilters of the day. However, considering the extra love given to the materials over the generations, these pieces simply couldn’t hold up against the test of time. According to Julie Johnson of Emporia State University, “The earliest surviving American pieced quilt is the Saltonstall quilt from 1704. Historians were able to date the Saltonstall quilt in an unusual way.” In that time period, quilters cut pieces from newspaper, joining the pieces together as a liner before adding fabric. The Saltonstall fabric eventually showed wear, revealing dates on the newspaper, published in the early 1700s. Based on the history of the materials, though, it may have been finished later (Johnson, 2017).

It wasn’t long before the settlers moved west, taking their love of quilting to the Great Plains, where quilting bees and perhaps the first pieces of Americana crafting and folklore were ideologized. Thanks were owed, in part, to patient quilters, pencil marks, and scissors.

So, through these thousands of years, while the world around the quilter changed dramatically, as did the threads, the fabrics, and the products created by the two, techniques remained the same. The quilter spent weeks tracing the patterns and shapes of paper templates with pencil, then tediously cutting materials with a critical eye and a steady hand, lest a minor mistake be made that could derail the project. Fabric had to be cut one layer at a time. Precision was imperative and scissors were rarely sharp enough or strong enough to cut through thicker layers. Quarter-inch seam allowances, too, were added to the backside of the fabric with pencil, the marks of which often showed through, making the methodology increasingly problematic.

Change was finally implemented in the 1970s, when quilters began to use cardboard templates and sandpaper on boards to get the most accurate cut. Still, though, scissors were capable of cutting only one layer of fabric at a time, if the fabric was to be cut properly. While scissors were certainly less than ideal, they were still the only option, and, at that time, they served their purpose. Quilters knew – and had available to them – no better way.

Rotary cutters and Mylar plastic templates made their respective debuts in the quilting world in the early 1980s. The first rotary cutter, introduced in 1979, was used to create clothing, though just a short time later it was found to be equally effective in quilting. Still sometimes used by traditional quilters today, the rotary cutter is a hand-held tool with a circular, rotating blade. Its advent sparked a new demographic to learn the craft of quilting. In fact, it transformed the art of quilting at the time, making cutting simpler, slightly faster, and often more accurate.

Mylar, a trademarked group of plastics made from the resin Polyethylene Terephthalate (PET), a form of polyester, created an opportunity for the meticulous quilter to be even more precise in his or her cutting. Yet, the cutting process was undeniably cumbersome. The ¼-inch seam allowances were still drawn with pencil, and scissors still completed the work the rotary cutter could not. Cutting a quilt effectively still often took weeks from the start to the completion.

Shortly thereafter, thin acrylic templates appeared on the scene, giving the rotary cutter another shot at glory by allowing it to cut more precisely and efficiently around larger shapes. Small and complex cuts, of course, still demanded the use of scissors, along with pencils to note the ¼-inch seam allowances.

By the mid-1980s, strip piecing and machine piecing quilts called for both acrylic rulers and rotary cutters. With the combination of these tools, efficiency improved. Indeed, an impressive four layers could be cut at a time. However, even with these quicker methods, quilters continued to spend weeks on cutting alone. Rulers also moved easily, even if only slightly, ruining perfect measurements and leading to inaccurate cuts. Though frustrating, this was the least offensive of the possible mishaps.

Indeed, accidents with rotary cutters were fairly common. First, dropping a rotary cutter on another object could damage it significantly. More importantly, though, accidents caused injuries. Though directional cutting – cutting away from oneself – was an unofficial rule of thumb, it wasn’t always followed, leading to injuries. The rotary cutter could also easily slip and cut a finger, or it could be dropped and land on a foot, resulting in minor cuts to more serious injuries, such as sliced arteries. Even when cutting on the floor, appendages sometimes managed to get in the way, so sliced arms and legs were certainly not unheard of.

While it seems counterintuitive to think of dull blades as being a catalyst for injury, they were often, in fact, the primary cause. Dull blades caused the quilter to work harder, pressing harder into the mat beneath and making it more difficult to maintain control of the blade. Dull or sharp, though, it was imperative that the blade be retracted or sheathed when not in use. Whether or not this rule was properly followed, rotary cutters were not safe enough to be left in the unsupervised presence of children. And while rotary cutters were – and are still today – a staple in many quilting households, these issues continue to be problematic. Innovation in the industry halted, though, and little changed in fabric cutting over the next many years.

Innovation and the Birth of AccuQuilt

Meanwhile, Steve Nabity, an MBA-educated, Omaha-based mechanical and sales engineer by trade, was searching for the inspiration to create a machine that would efficiently cut shapes in paper. As inspiration tends to do, it came to him in the most unexpected of times. As Nabity watched his wife cut cookie dough with a rolling pin, he experienced an epiphany: perhaps a similar rolling mechanism could cut paper just as seamlessly as it cut through cookie dough.

He was absolutely right; it does. AccuCut was founded in 1990 and quickly discovered its niche in the popular paper crafting industry. The company experienced success and growth over the next several years. Soon, though, Nabity discovered that this cutting method could go one step further – it could perfectly cut fabric. He founded AccuQuilt in 2008 and soon introduced the earliest version of the GO! Cutting Machine. Along with his trusted team of quilt lovers, Nabity has endlessly endeavored to meet the needs and desires of quilters across the world since that time (think: dies with ¼ inch seam allowances – goodbye, pencils! – and dog-eared corners).

In 2008, when the GO! Cutting Machine launched, there were no comparable items on the market. Quilters were instantly enamored of this product, marveling at the newfound ease and efficiency of fabric cutting, particularly in comparison to the methods they had grown accustomed to over the decades before. Suddenly, they were able to reduce cutting time from weeks to merely hours, even for complex quilts with intricate shapes and patterns.

AccuQuilt continued to listen to its consumer base, reinventing its product as needs were identified. Additional products were introduced over time, as well. Not only did AccuQuilt customers find value in a new variety of cutting machines, but AccuQuilt leaders found that they also appreciated new lines of dies and accessories. The company is dedicated to continuing to streamline the quilting process, offering ideas, tutorials, other resources, and even free patterns on its website. Their primary area of expertise, of course, is still the cutting machine. Four machines are now available on the market: the GO! Fabric Cutter, the GO! Baby Fabric Cutter, the GO! BIG Electric Fabric Cutter, and the behemoth of the master cutters, the Studio 2 Fabric Cutter.