Did you know there is an entire day devoted to log cabins? June 25th is National Log Cabin Day and what better way to honor the observance than by exploring the story behind one of our favorite traditional quilt blocks? Take a quick dive into the history of this beloved design with us…

A log cabin quilt block features a central focal point, usually a square, which is then surrounded by fabric strips. Often, lights and darks are opposite one another to create high contrast and visual interest. There are quite a few variations, such as the pineapple where the strips are placed at an angle with triangles at the corners. Here’s an example of both: 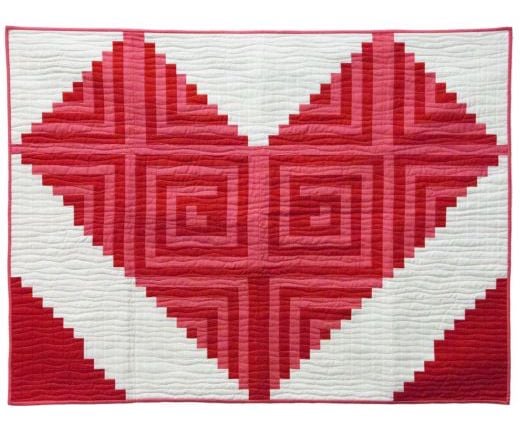 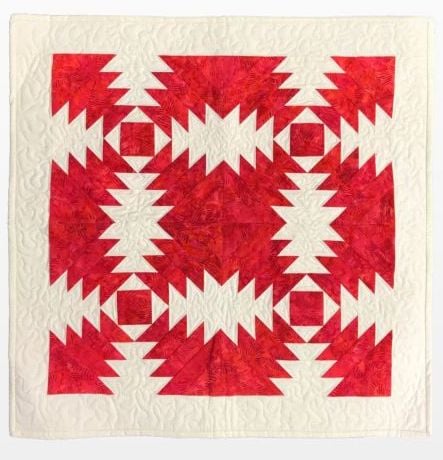 Like this pineapple pattern, but want to see it in another color palette? Use our GO! Quilt pattern customizer to make this wall hanging all your own! And if this pattern isn’t what you envisioned for your next quilt project, take a look at the 50+ other patterns GO! Quilt has to offer.

The creation of this iconic design is relatively unknown. There are many theories of how it gained popularity thanks to the observation of similar patterns on mummies found in ancient Egyptian tombs as well as the patterns created in farmed fields on the British Isles in the Middle Ages. Of course, the secret to the design’s beginnings might never be known.

We do know the log cabin made its US debut around the 1860s during Civil War times. Known as the “log cabin president, many believe that the name itself and its popularity is rooted in Abraham Lincoln’s presidency. Some myths even say that during the Civil War, log cabin quilts with a black center would be hung from clotheslines of safe houses on the Underground Railroad. Other legends attribute a red or yellow center square to hearth of a home with lighter fabrics on one side to represent the sunny side of the house while the darker represent the shady side. Fact, fiction or something in between, log cabin quilts are considered a symbol of the values and spirit of America.

Older log cabins were scrappy and less color coordinated, probably because many quilters of those days reused and recycled fabrics from anywhere possible, including clothing. That mixture of fabrics often meant a variety of weights making it difficult to actually quilt the pattern back in the days before sewing machines were common. To overcome that challenge, quilters would use a foundation when sewing and chose to finish with ties instead of quilting stitches.

Historians can sometimes use fabric choices to date a quilt’s creation. For example, cotton log cabins became more popular in the 1870s when the Calico Crazy caused cotton prices to drop, but when the price of silk dropped in the 1880s, stitched silk log cabins took its place.

Between sewing machines, access to fabric and tools like the AccuQuilt GO!, it’s easier than ever to piece and quilt a log cabin pattern. Today, quilters can turn to scrappier look as a way to clear out a growing fabric stash or get even more creative with the placement of darks and lights. For example, compare the scrappy pineapple quilt below to the interlinked Celtic log cabin below it. 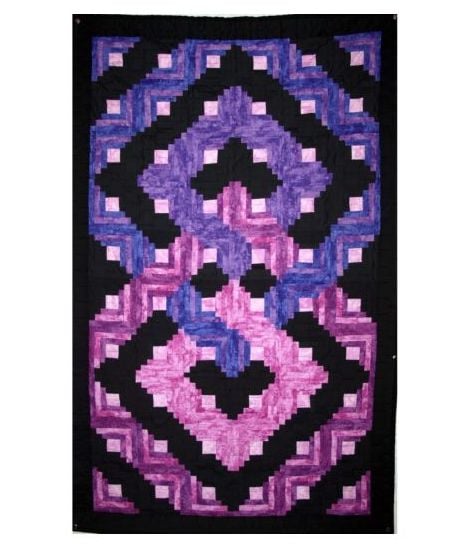 While the log cabin home President Lincoln was born in no longer stands, the popularity of log cabin quilts has only continued to flourish. Want to create your own log cabin quilt? Our GO! Log Cabin-12” Finished Square by Leslie Main can make cutting your pieces easier than ever. Don’t forget to look over these patterns for some great ideas: