Memorial Day: How to Remember the Fallen

For many, Memorial Day marks the beginning of summer and picnic season. In fact, you might be one of the 60% of Americans who are planning a barbecue. Though the time with family and friends is a wonderful way to honor the federal holiday, the meaning behind it is even more important. The day is all about observing those who were lost while serving for their country. As a quilter, you're probably looking for ways to show respect and decorate your space with your talents. We've got some ideas that will do both and create moments for conversation.

Originally called Decoration Day, Memorial Day was established in 1868 to honor soldiers who died in the Civil War. This was the first time that so many American soldiers had died in battle which resulted in the formation of national cemeteries. After World War I, Decoration Day became Memorial Day and expanded from honoring those lost in the Civil War to honoring all who have died for the US in war.

In 2000, Congress passed The National Moment of Remembrance Act in an effort to continually honor those who have fallen while serving. The Act declares on Memorial Day at 3 PM local time, Americans should unite in a moment of silence. The time was chosen because it is estimated to be the time that citizens are most enjoying the freedoms made possible by those in armed forces. As a national day of mourning, the flag will also fly at half-staff until noon.

In 1920, the National American Legion adopted the poppy as the official symbol of remembrance. Why a poppy? Five years earlier, Canadian Lieutenant Colonel John McCrae wrote the poem, "In Flanders Fields", after the Second Battle of Ypres. The poem's opening lines recall how fields of poppies grew from and among soldiers graves. YWCA worker, Moina Michael, was inspired by the verse, attended the 1918 YWCA Overseas War Secretaries' conference wearing a silk poppy pinned to her coat and distributed dozens to other attendees. Today, American Legions across the nation still distribute the silk symbol.

Quilt your own poppy-inspired quilt using the GO! Union Quilt Pattern (PQ10203i), which features eagles around a wreath of flowers surrounded by poppy-like stars. The GO! Eagle by Eleanor Burns die has a badge-like shape that can easily be used to honor all our men and women in uniform. A wall hanging like this makes the perfect backdrop to a Memorial Day celebration. 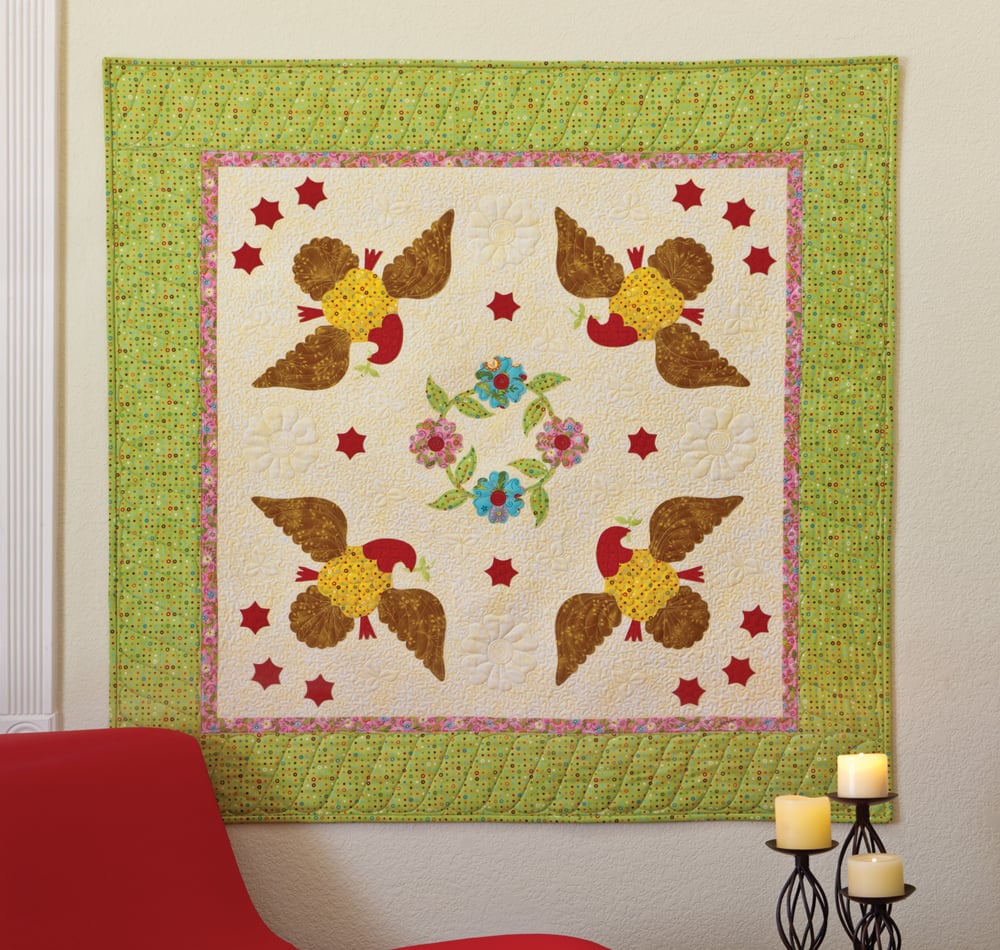 And if you would like to create your own poppies to wear, take a look at the flower shape in our GO! Owl Accessories die (55675). Layer red fabric appliqués on top of one another, add a black button and secure to a pin for a wearable and shareable poppy. Get a little more creative and instead layer red, white and blue fabric or felt with a button of your choice to make a cute and patriotic pin or hair tie. Check out the pattern below for guidance. 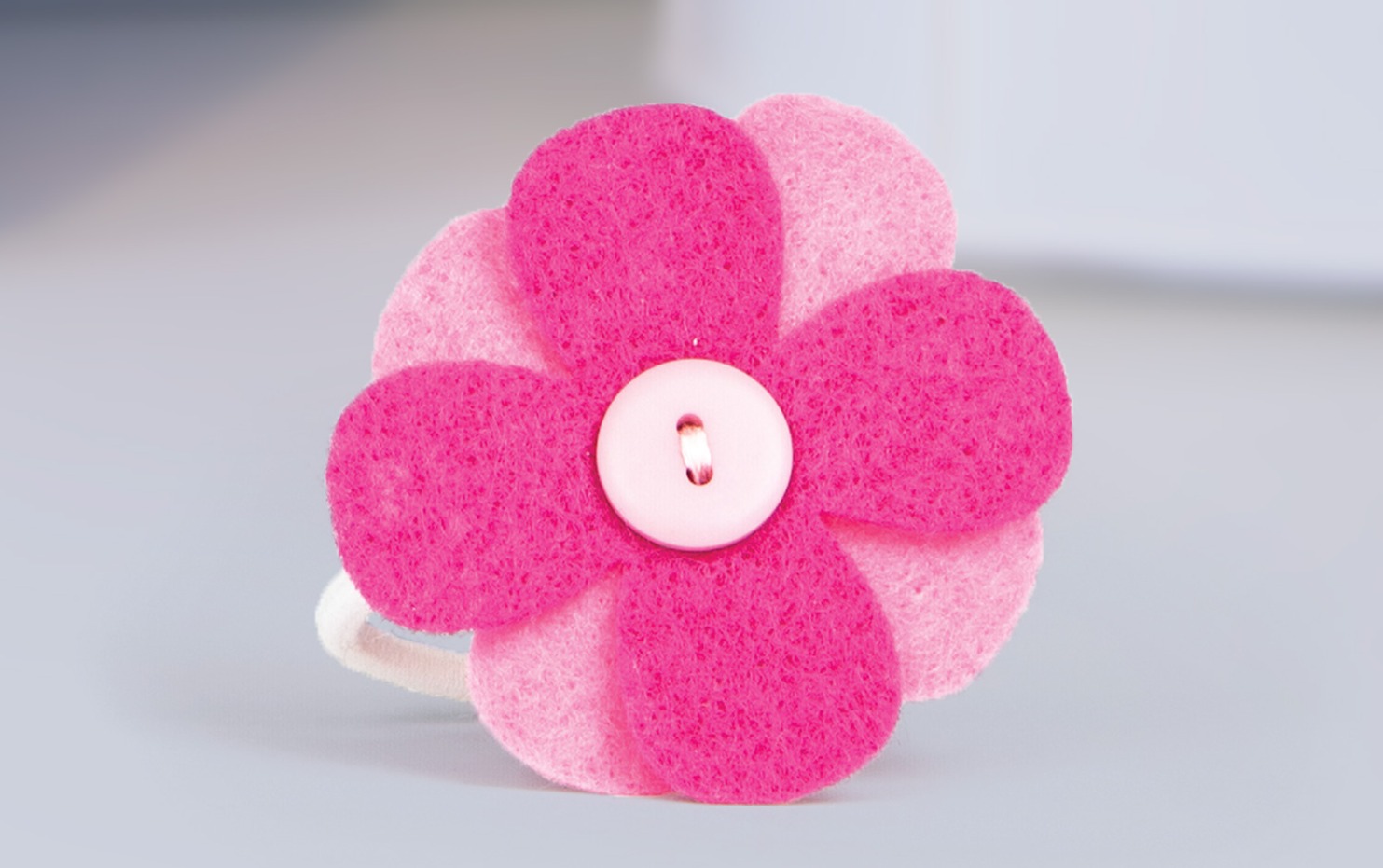 Honoring by Giving Back

Memorial Day is just one day of the year, but talented quilters can do so much more all other 364 days. The Quilts of Valor is an organization that is dedicated to comforting those who have served in war and returned home by "awarding" a quilt to every veteran. There are Quilts of Valor (QOV) chapters all around the nation made of volunteers who use their skills in piecing and quilting to create a high-quality quilt that shows true appreciation for the recipient's service, sacrifice and valor.

Currently, the QOV have awarded 217,932 quilts and that number will continue to climb. AccuQuilt has long supported QOV, especially the local Nebraska chapter. Pam Heller, AccuQuilt Cutting Expert, will be in Grand Rapids, Michigan in August to lead quilting classes at the 2019 QOVF Annual Conference. If you are interested in attending, take a look at the QOVF Annual Conference website here.

And if you want to be a part of the organization that comforts our veterans, take a look at the Quilts of Valor website to find the chapter nearest you.

If you're looking for something patriotic to decorate your home, below are some of our favorites. 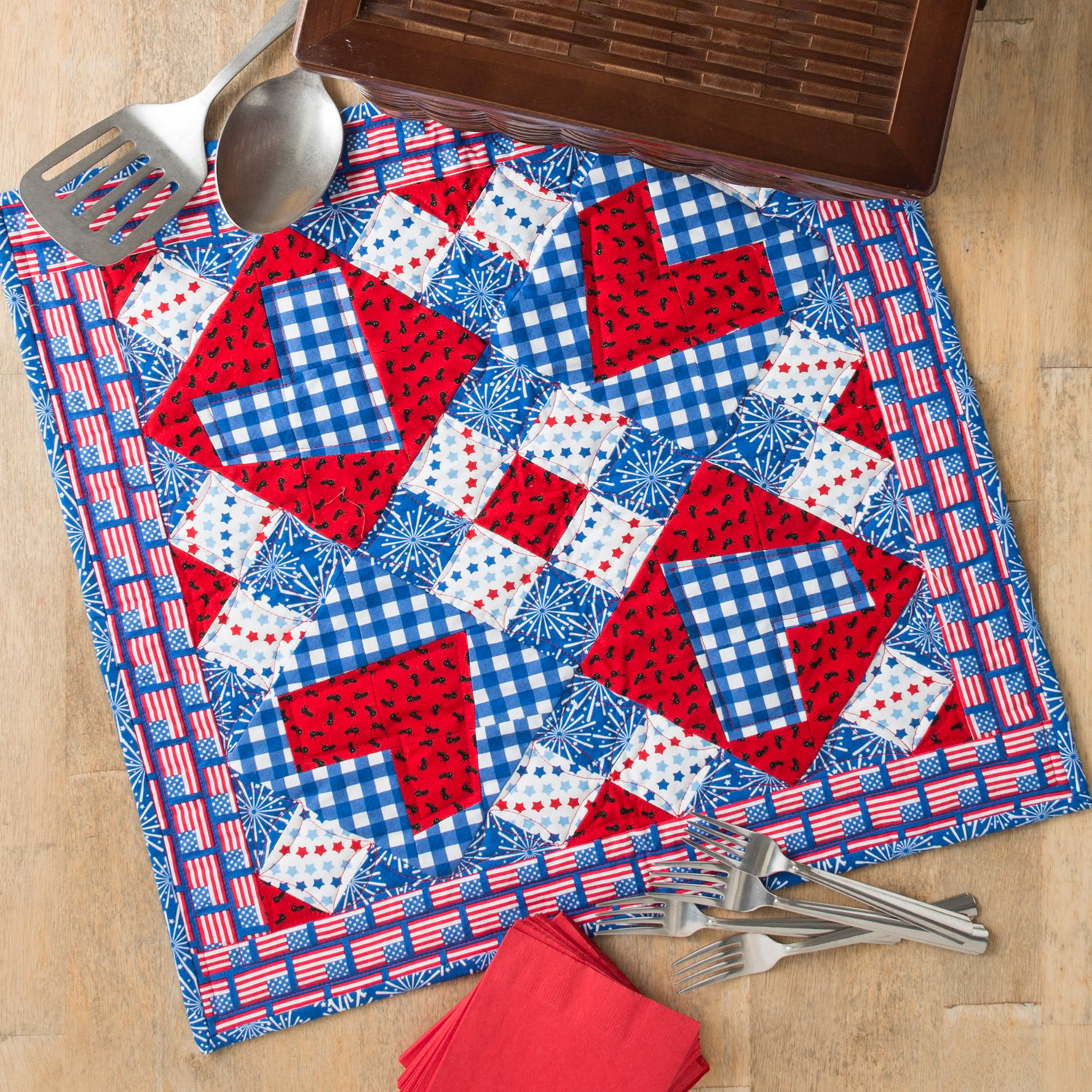 This GO! Picnic Love Throw Quilt (PQ11488) is the perfect way to make sure your picnic is festive, where ever you happen to be celebrating. The fabrics used here include flags, but any red, white and blue patterns will do. 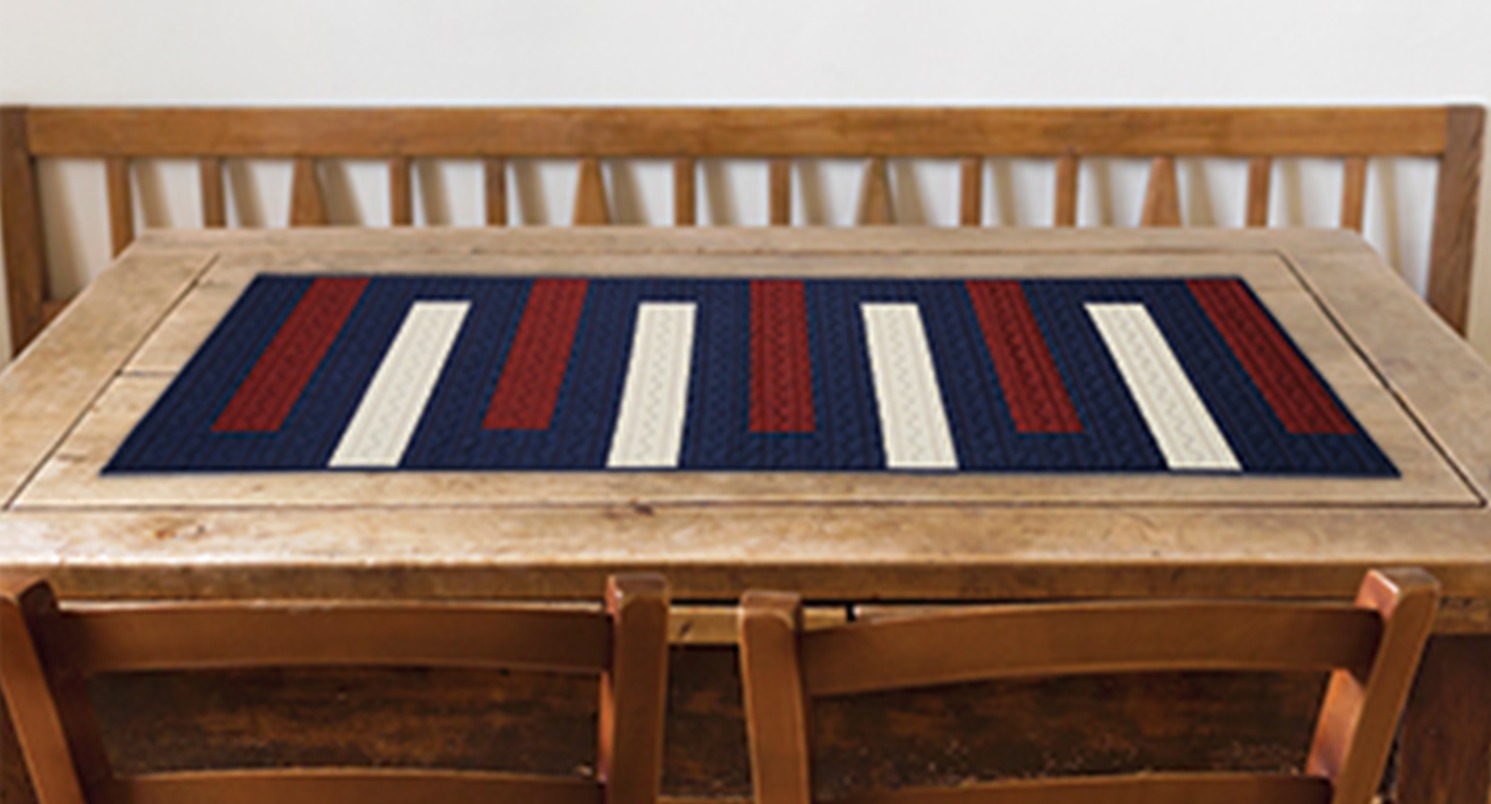 The GO! Mind Over Matter Table Runner Pattern (PQ11067) is a modern but patriotic design that will look great on your table as you and your guests honor the 3 PM moment of silence, and all the days that come after. For a more flag-like look, add some appliquéd stars from our GO! Star-2", 3", 4" die (55028). 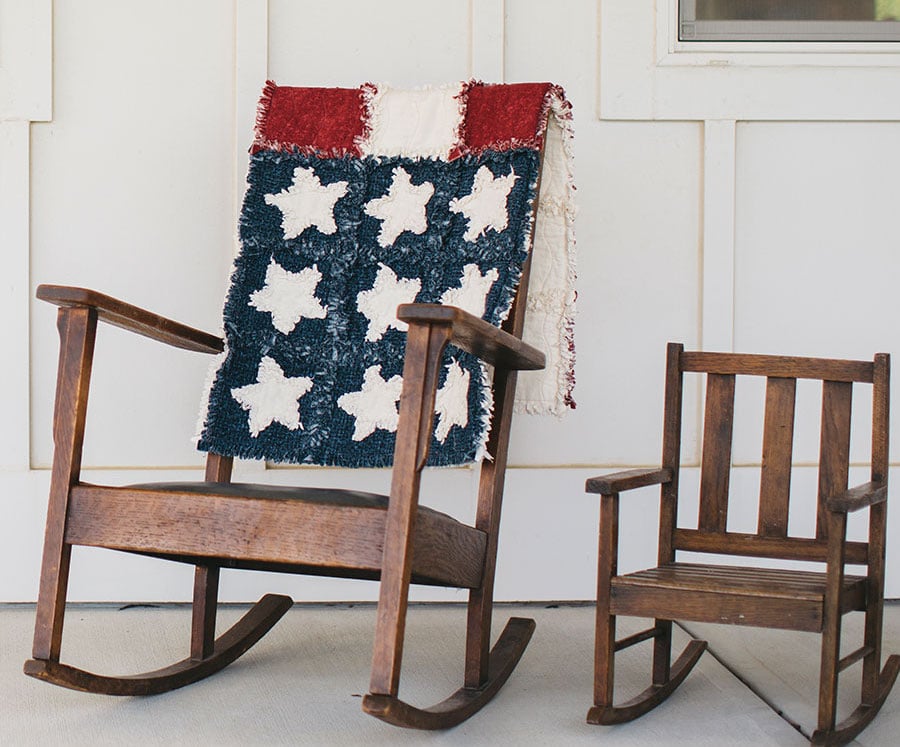 The Studio Raggy Flag Quilt Pattern gives a soft and inviting look that easily works for a home all year round.

How are you celebrating Memorial Day? If you have made something to honor the men and women in uniform, share with us on Facebook or Instagram with #AccuQuilt. We would love to see your work!

Don't forget to subscribe to our blog so you're one of the first to know when we share patterns, tutorials and new products!