Modern vs. Traditional Quilts: Are they Really that Different?

As the modern quilting movement has grown over the past several years, it has left many quilters wondering just how to define their style and their quilts. Well, when you start to look at what defines each style, you may be surprised with what you find.

Traditional quilts are generally considered to be symmetrical, relying on one or two repeating blocks combined with sashing and borders. Traditional fabrics tend to involve smaller scale prints.

Modern quilts are thought to be more asymmetrical, making use of negative space and involving more solids and bold colors.

The size and scale of the design in traditional quilts is generally thought of as being smaller than the large, bold scale of modern quilts where you may find an entire quilt made of just one traditional block. However, as modern quilts have evolved, the trend has shifted to embrace small shapes like those found in English Paper Piecing, a quilting technique with roots that go back to the 1700’s. Why? Well, one modern quilter explained this trend with one simple word – scraps! Now, there’s a word that every quilter can relate to regardless of their style.

A visit to the exhibits at the International Quilt Museum might do more to confuse you on the similarities between traditional and modern quilts than shed light on the differences. The museum is part of the University of Nebraska and houses the largest publicly held quilt collection in the world. Here, you may find yourself looking what appears to be a strikingly modern quilt, only to discover it was made 100 years ago!

Cheddar (orange) quilts are a great example of the blurred lines between traditional and modern quilts. Cheddar quilts were very popular in the mid to late 19th century, especially in Pennsylvania. Fast forward to 2013, and orange was one of the designated colors chosen to represent the first QuiltCon, sponsored by the Modern Quilt Guild.

For a great illustration of styles, consider the GO! Glorified Nine Patch – 9” Finished Die (55557) and 3 different quilts made with this die. This classic design dates back to the 1930’s and was also know as an Improved Nine Patch.

The GO! Dart Around Glorified Nine Patch Throw Quilt (PQ11643) is probably the most traditional setting of this block, yet the use of negative space and solid colors gives it a very modern feel. 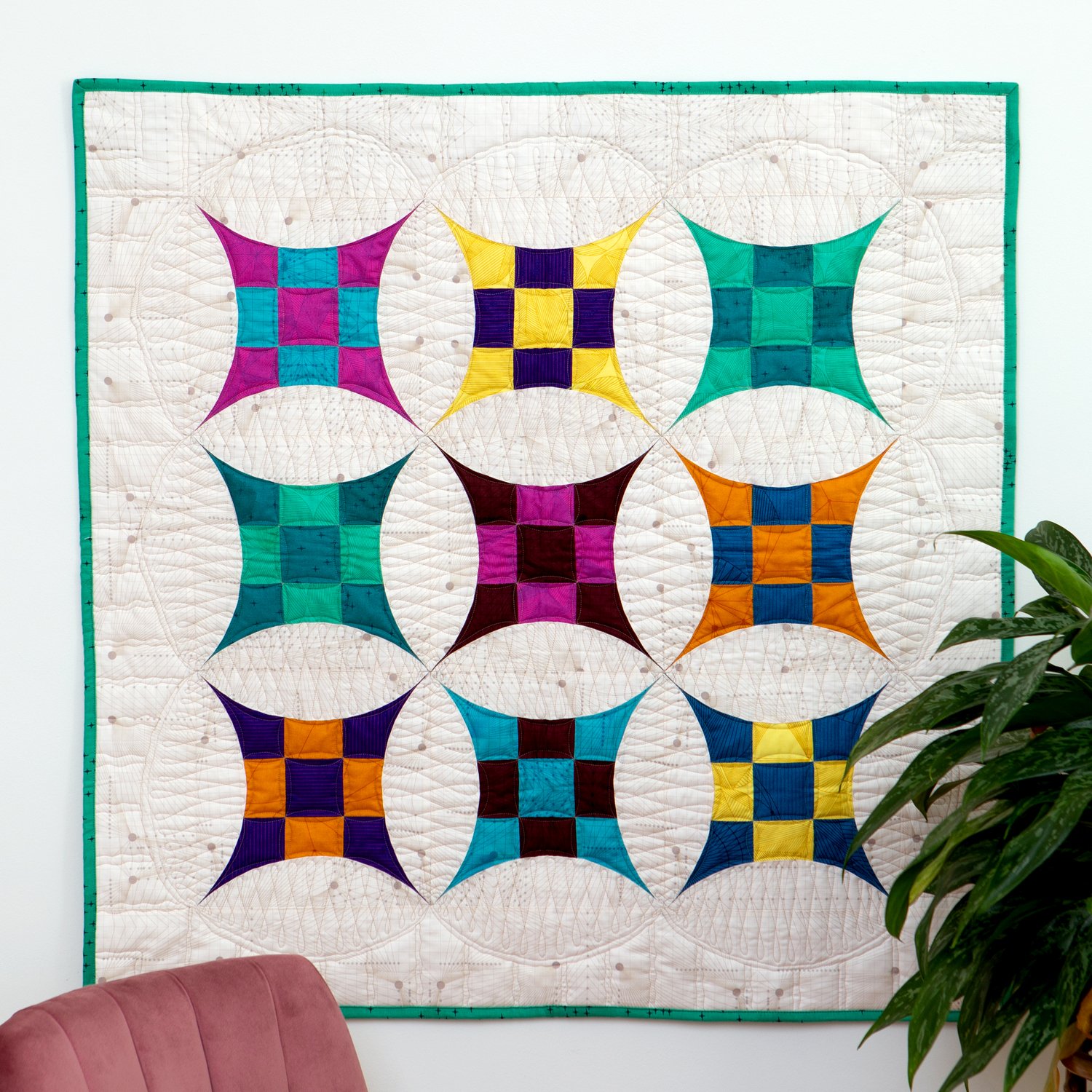 Now, consider the GO! Rainbow Glorified Nine Patch Throw Quilt (PQ11637). With the use of solids and lack of border it would seem to be more modern that the GO! Dart Around, but is it? 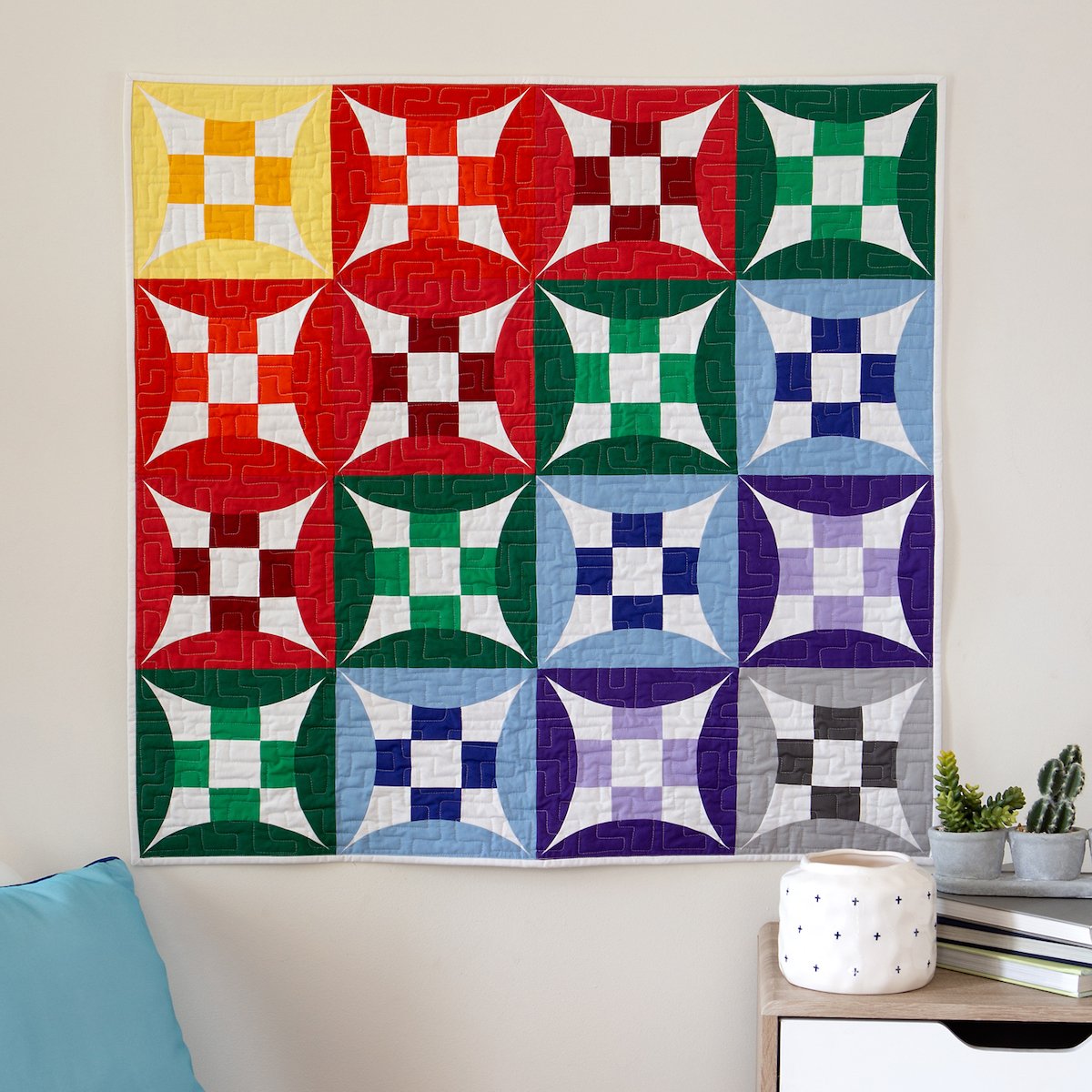 Finally, look at the GO! Curved Nine Patch Throw Quilt (PQ11641). The bold design seems to pop off the quilt with the use of solids and small, irregular prints making it seem to be the most modern of the three. However, when you go back to the basic definition of what makes a modern quilt, there is much less negative space here than in the traditional setting of the GO! Dart Around. 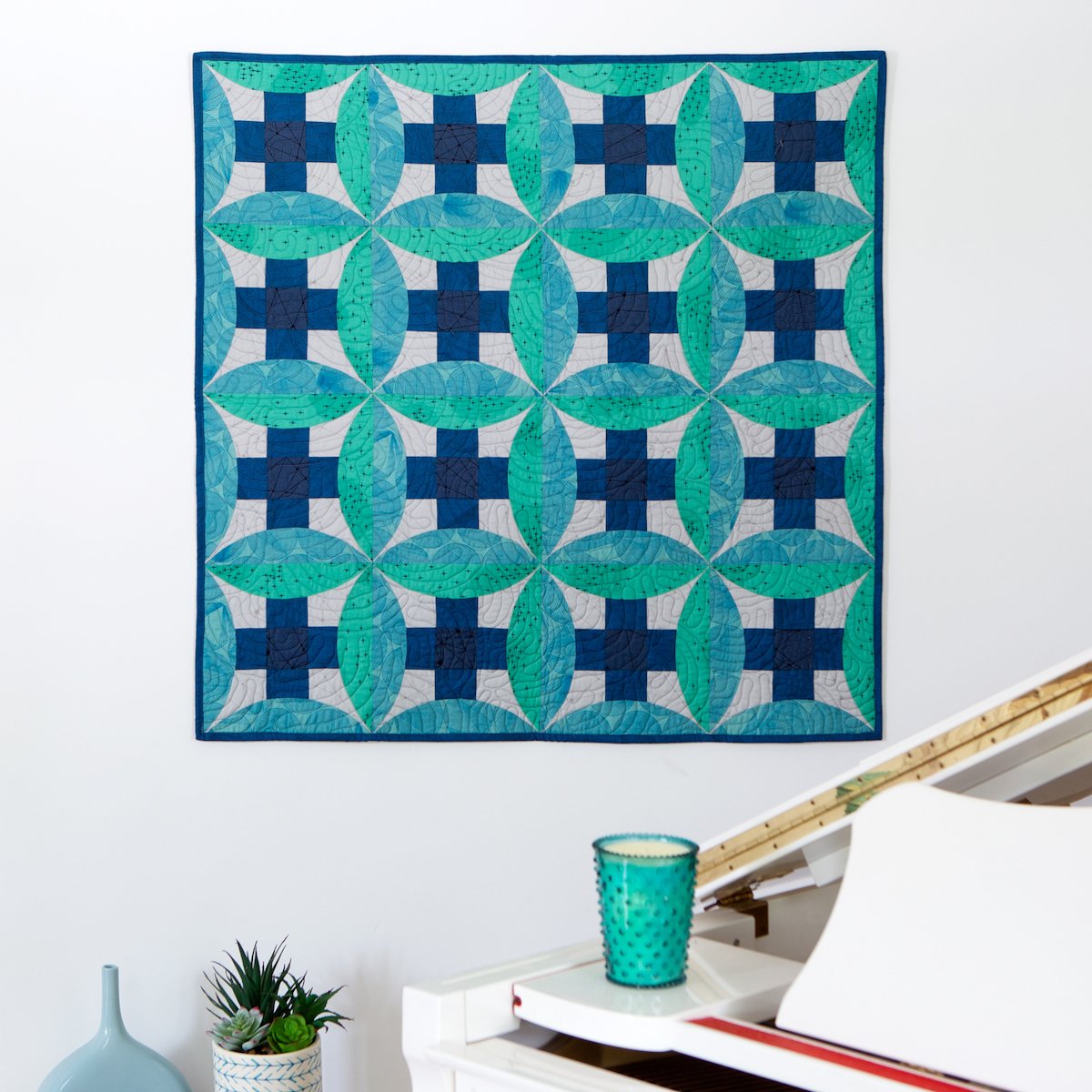 In short, it well may be said that what the modern quilt movement has really done is allow today’s quilters to look beyond traditional settings and fabrics for more options without needing to worry about breaking the rules. Perhaps you can say that in quilts, like in art, beauty is in the eye of the beholder no matter what category they fit into.