See How Easily You Can Do GO! Crossed Canoes Projects

Hi, GO! Getters! It’s Gina from Gem Hill Quilts! I’m so excited to share with you the brand spanking new AccuQuilt GO! Crossed Canoes 9" Block on Board®(BOB®) die! It makes this block so much easier to make. 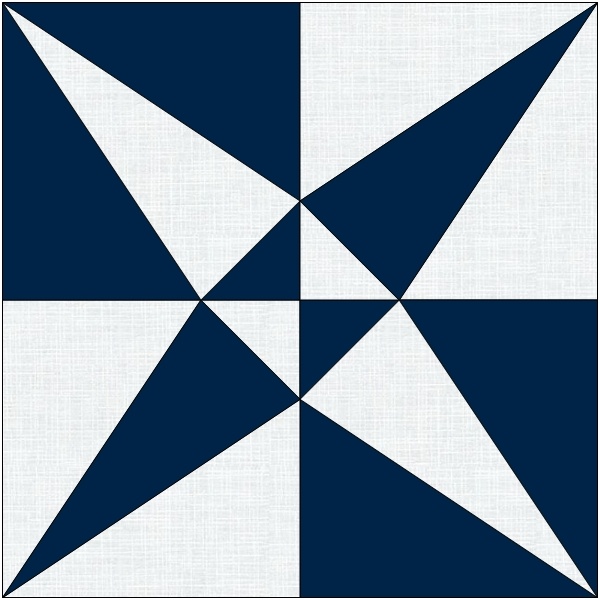 Crossed Canoes is a traditional block that first appeared in print in the pages of the Ladies Art Catalog around 1895 or maybe earlier. It definitely could have appeared in earlier quilts. Usually depicted as a two-fabric block, it is constructed with four identical quarter-units. Each quarter-unit consists of four triangular patches. 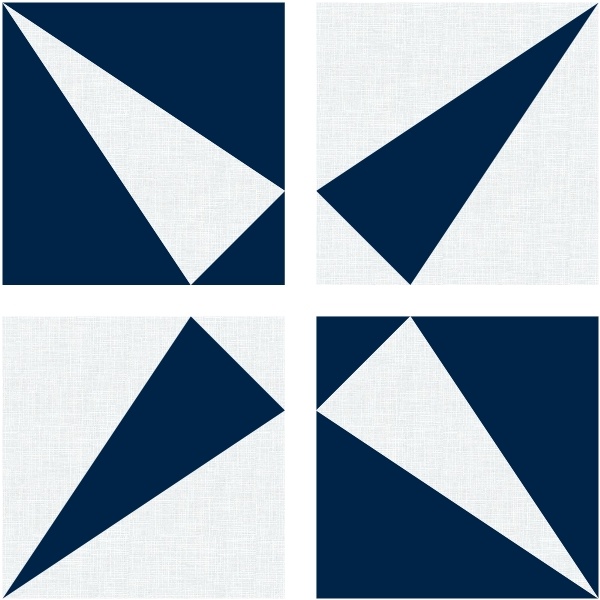 The tricky part of Crossed Canoes lies in the unusual dimension and shape of each of the four triangular patches. The unusual shapes actually makes it ideal for old-fashioned template piecing which is what quilters in the 1800s and early 1900s did anyway. Crossed Canoes is definitely NOT an easy block to rotary-cut! In fact, in recent years, the most common approach to making the Crossed Canoes block is by paper-piecing.

With the new AccuQuilt GO! Crossed Canoes 9" BOB® die, you don’t have to spend any time to paper-piece nor do you have to trace and scissor-cut templates nor do you have to struggle with rotary cutting the unusual triangle shapes. All you have to do is rough-cut a strip of fabric, around 6¼" by width of fabric, from two or more fabrics and you’re in business! SO EASY! I just love it! 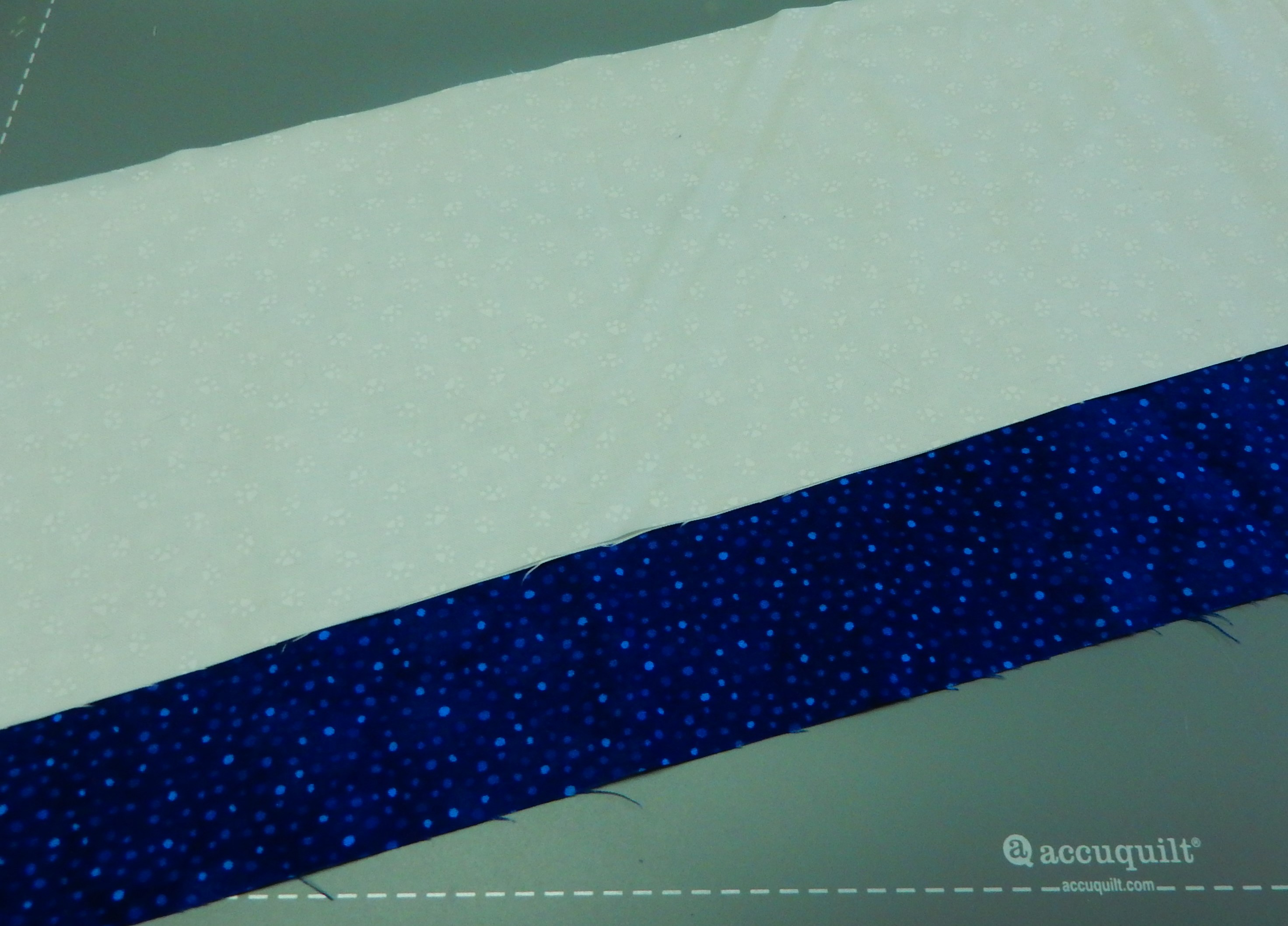 The set of four triangle shapes that sew up into a quarter-unit are placed on the die in a very compact square shape mimicking the shape and look of a finished quarter-unit. 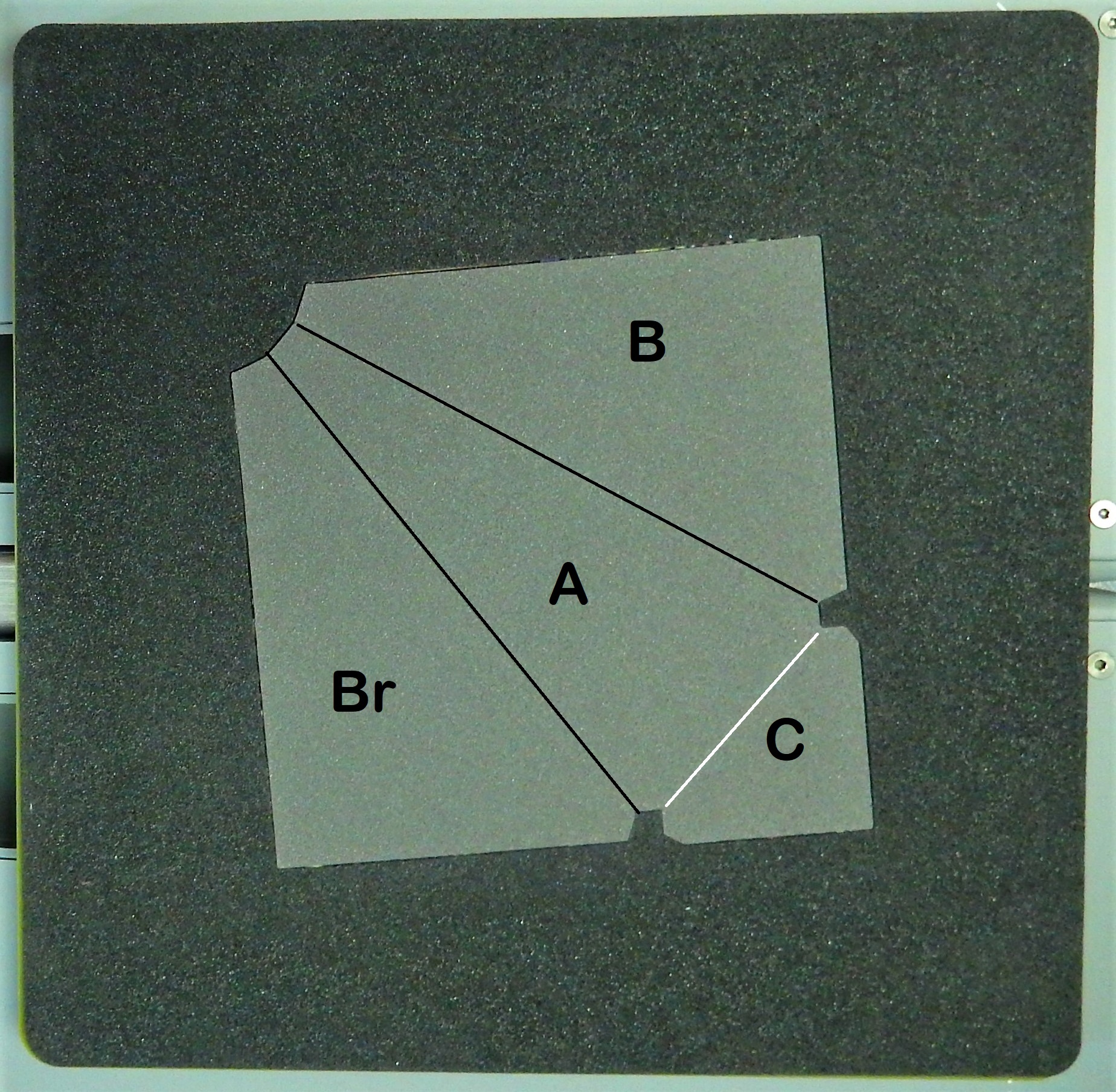 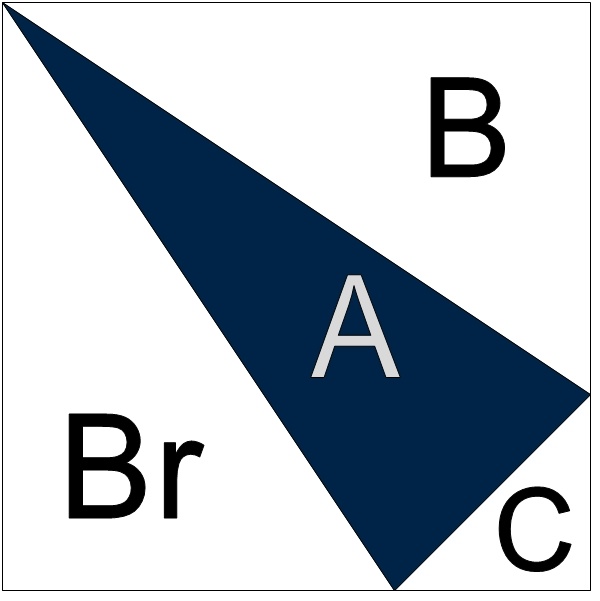 Notice patch B and Br? They are mirror-imaged patches. Because of the way the patches are positioned on the die, you would usually cut one of each at the same time anyway so no worries about dealing with mirror-image patches here as you perhaps would in another block.

For a quick example, I cut a strip of blue fabric and another of white fabric. Because width of fabric usually runs 40"-45", you can very easily cut 6 sets of triangular patches from each fabric which would then give you three 9" finished square Crossed Canoes blocks! 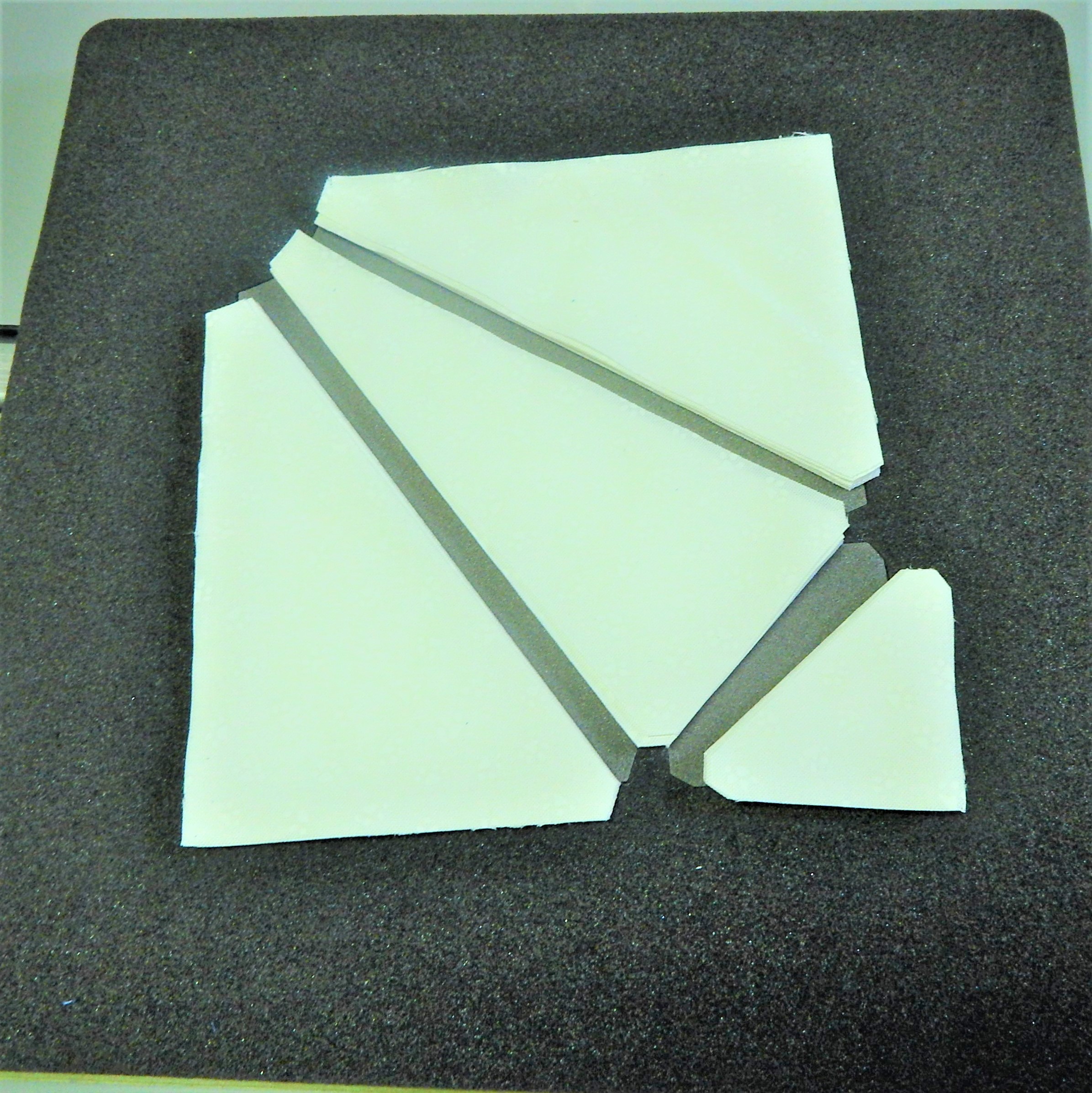 To sew a quarter-unit together, lay out a blue patch A with white patches B, Br and C. Notice how "square" it looks already? 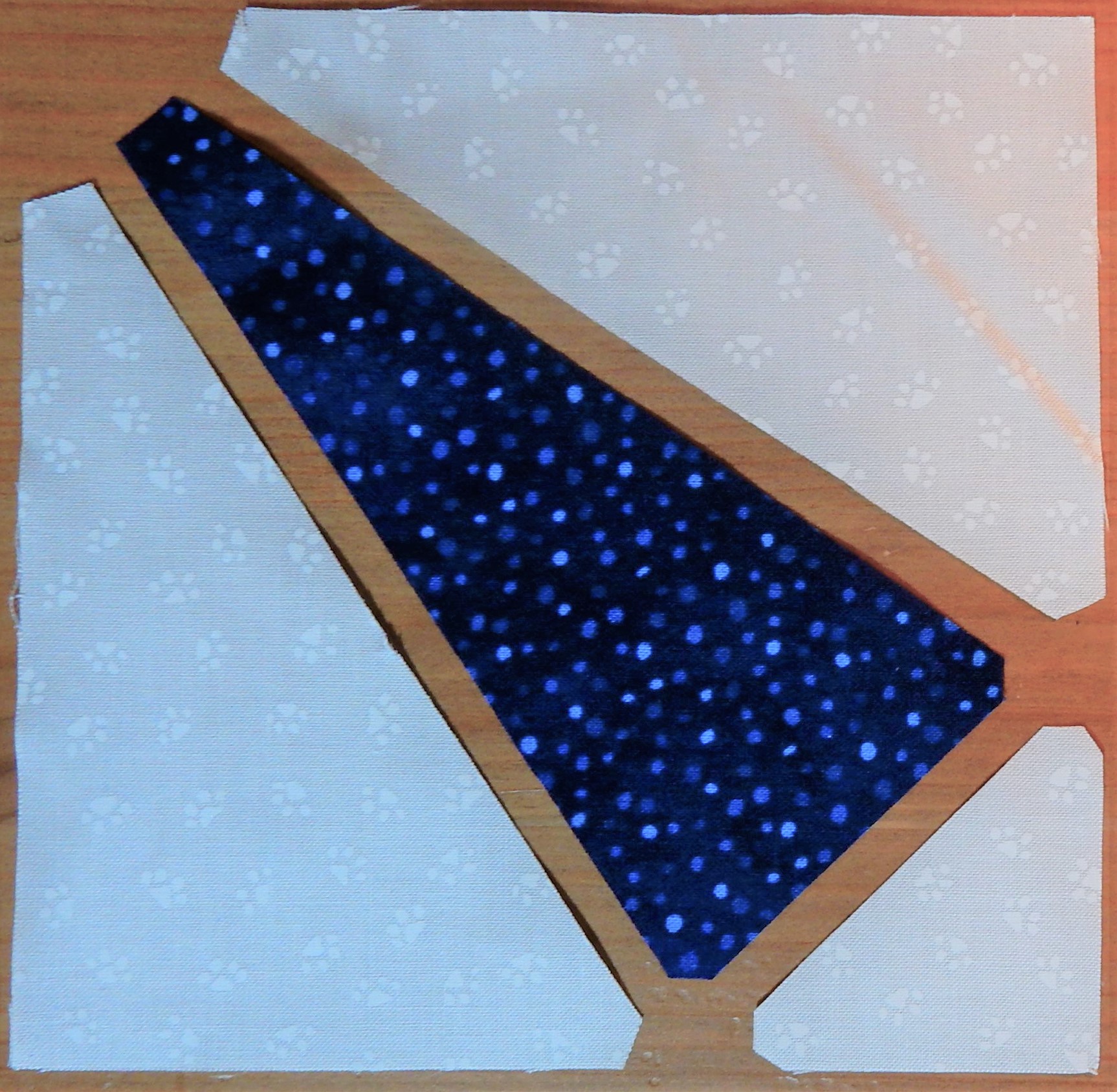 Place and sew patch A right sides together with a patch B, lining up raw edges and the top and bottom shaped ends. Press seam away from patch A. 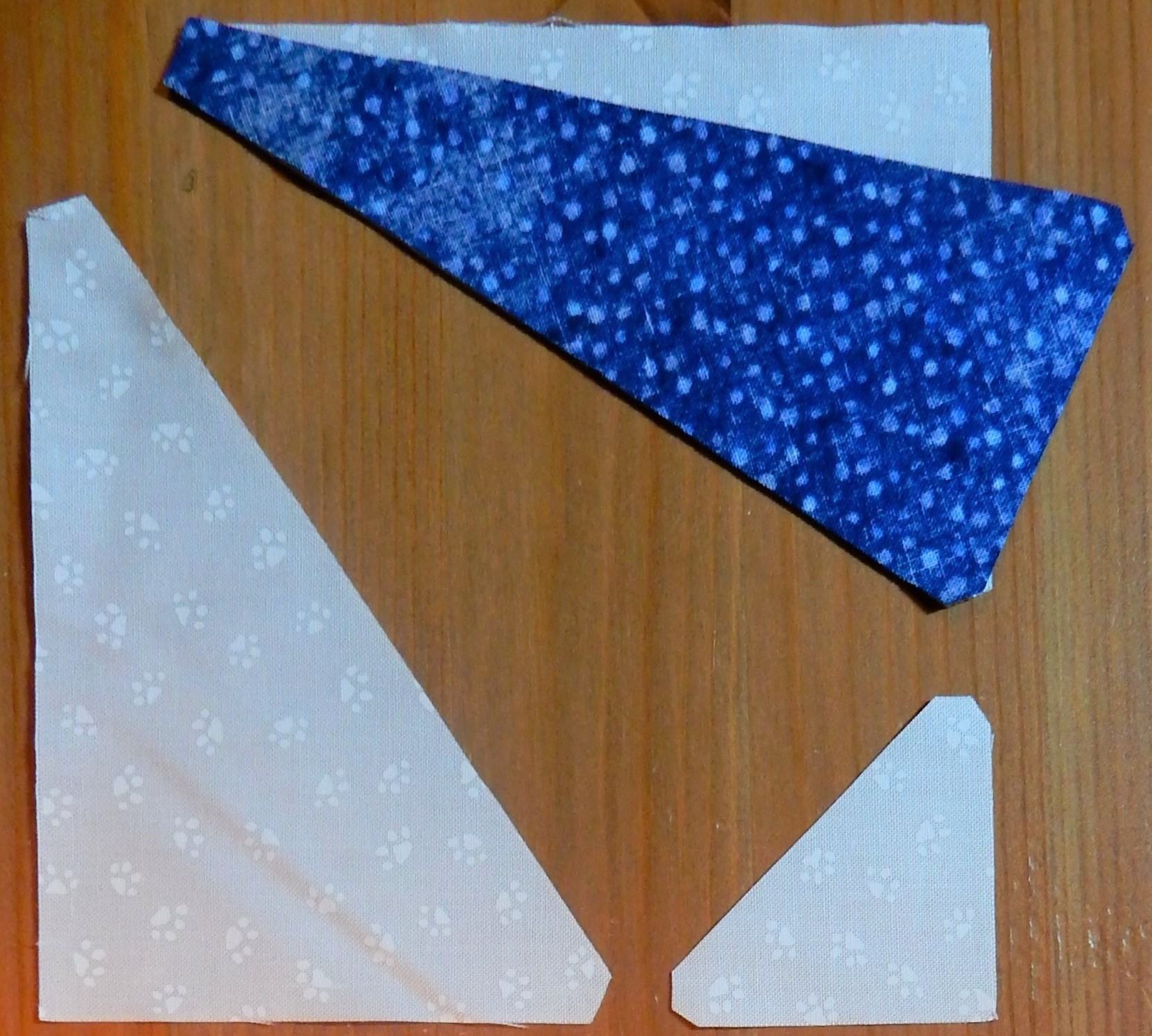 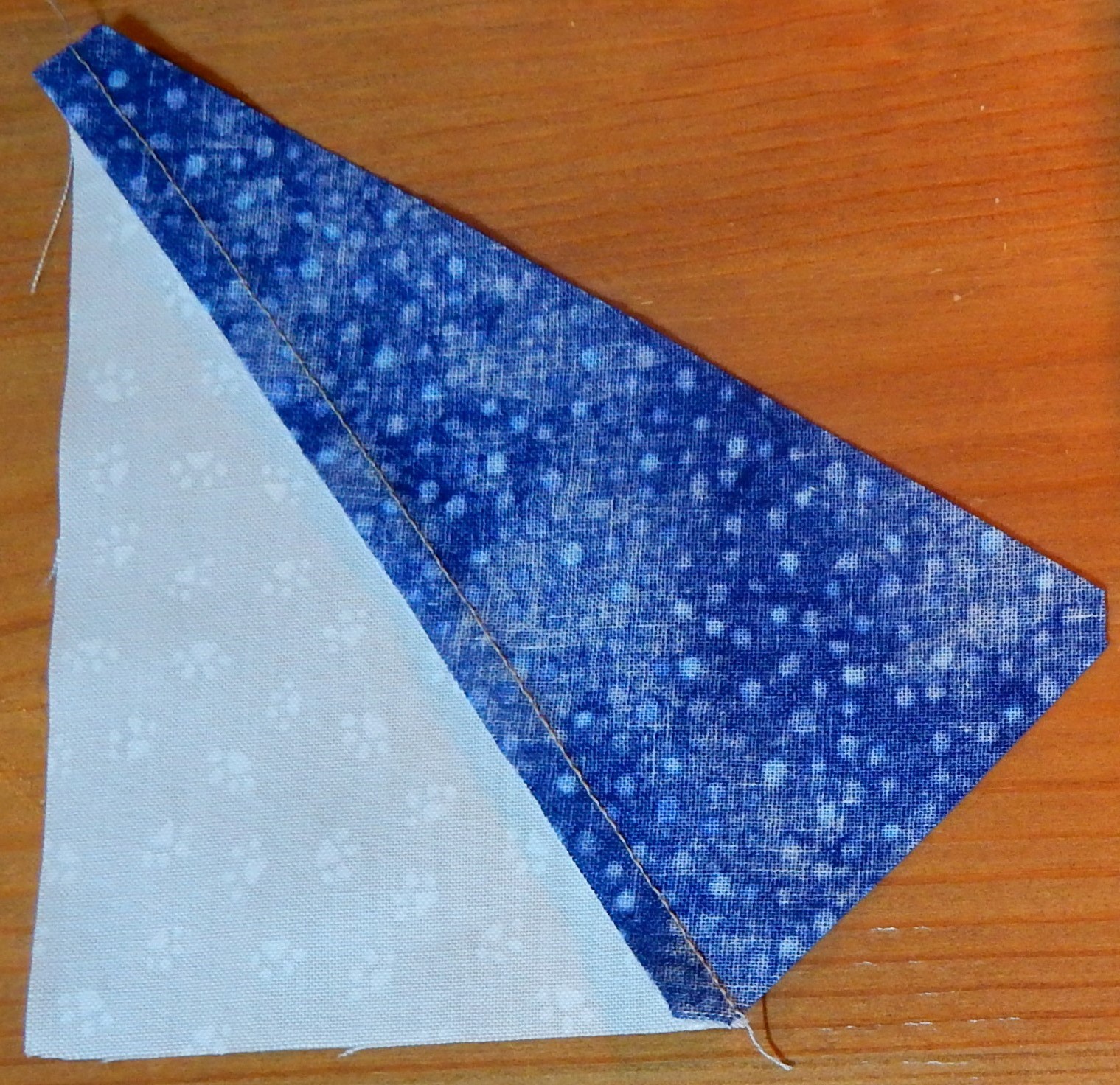 Then, place and match patch Br right sides together with patch A and sew. Notice that the stitching overlaps and crosses within the first ⅛-¼ of an inch of the seam. This is what creates a ¼" seam allowance in the finished unit that gives you a nice sharp tip on patch A. I suggest that you again press seams away from patch A. 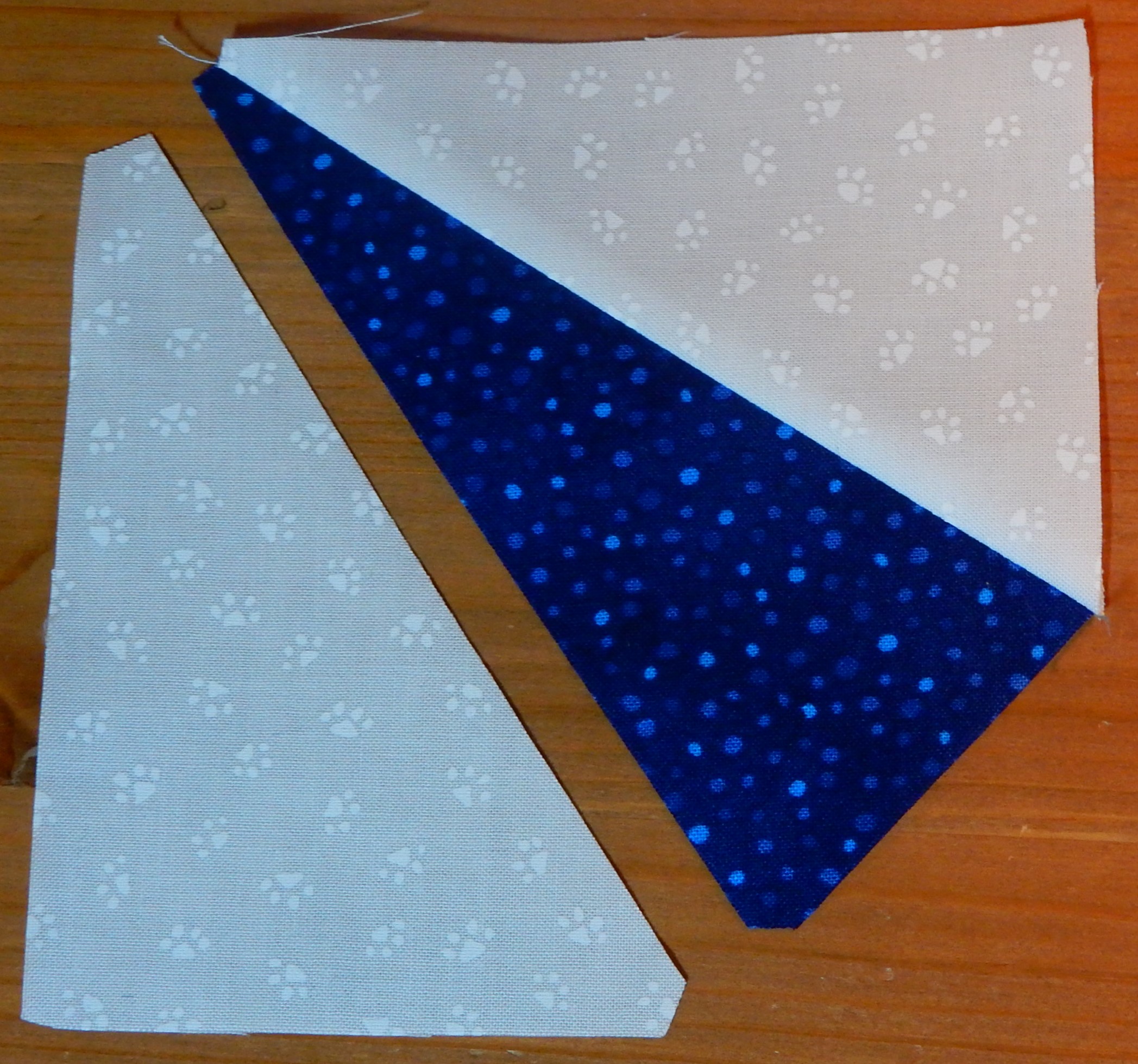 Finally, place and sew patch C in the corner, matching the raw edges and the shaped ends together. Pinning helps keep everything lined up. Press towards patch C to complete the quarter-unit. This should measure 5" square. Now, doesn’t that just fit beautifully together? 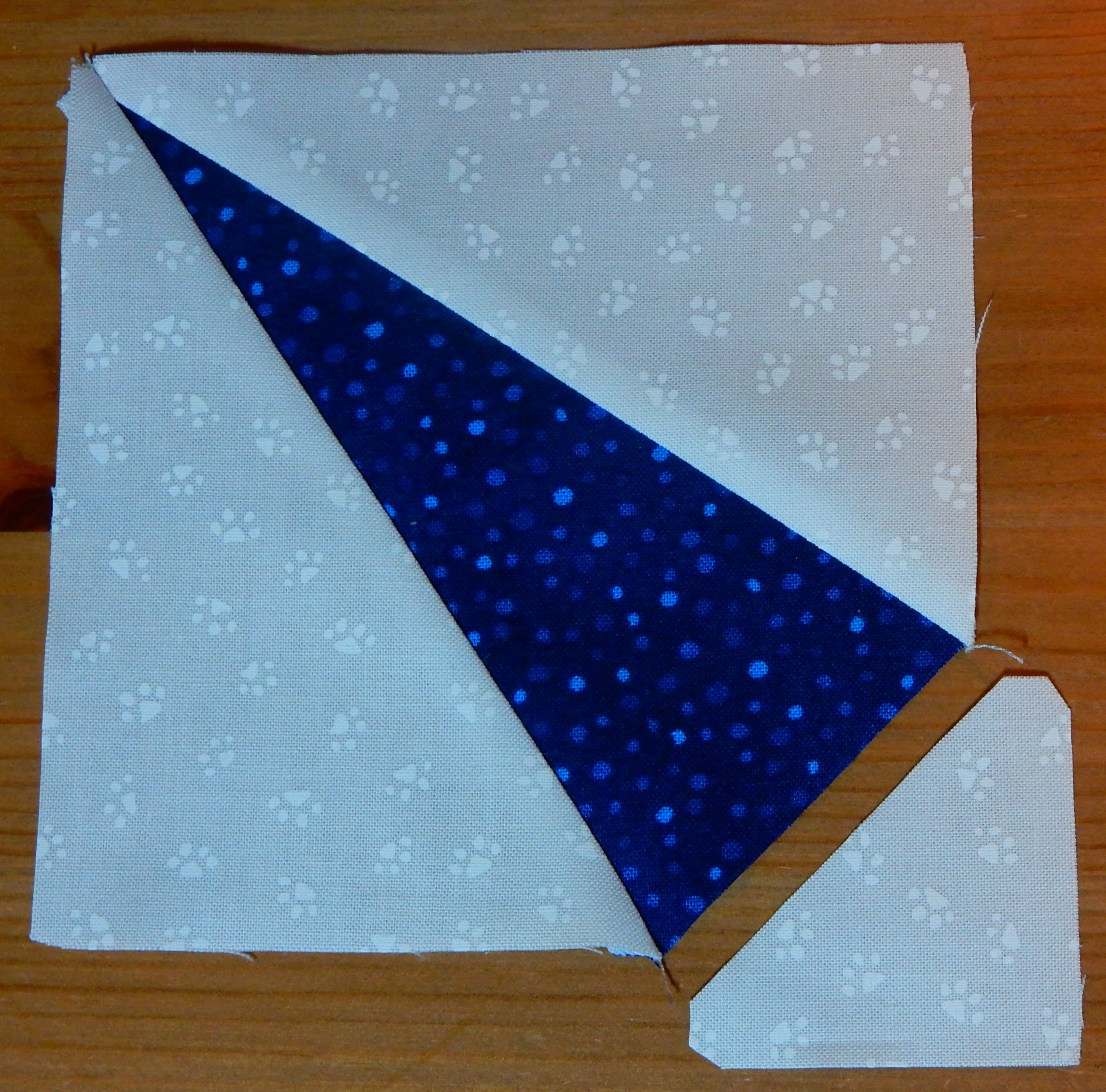 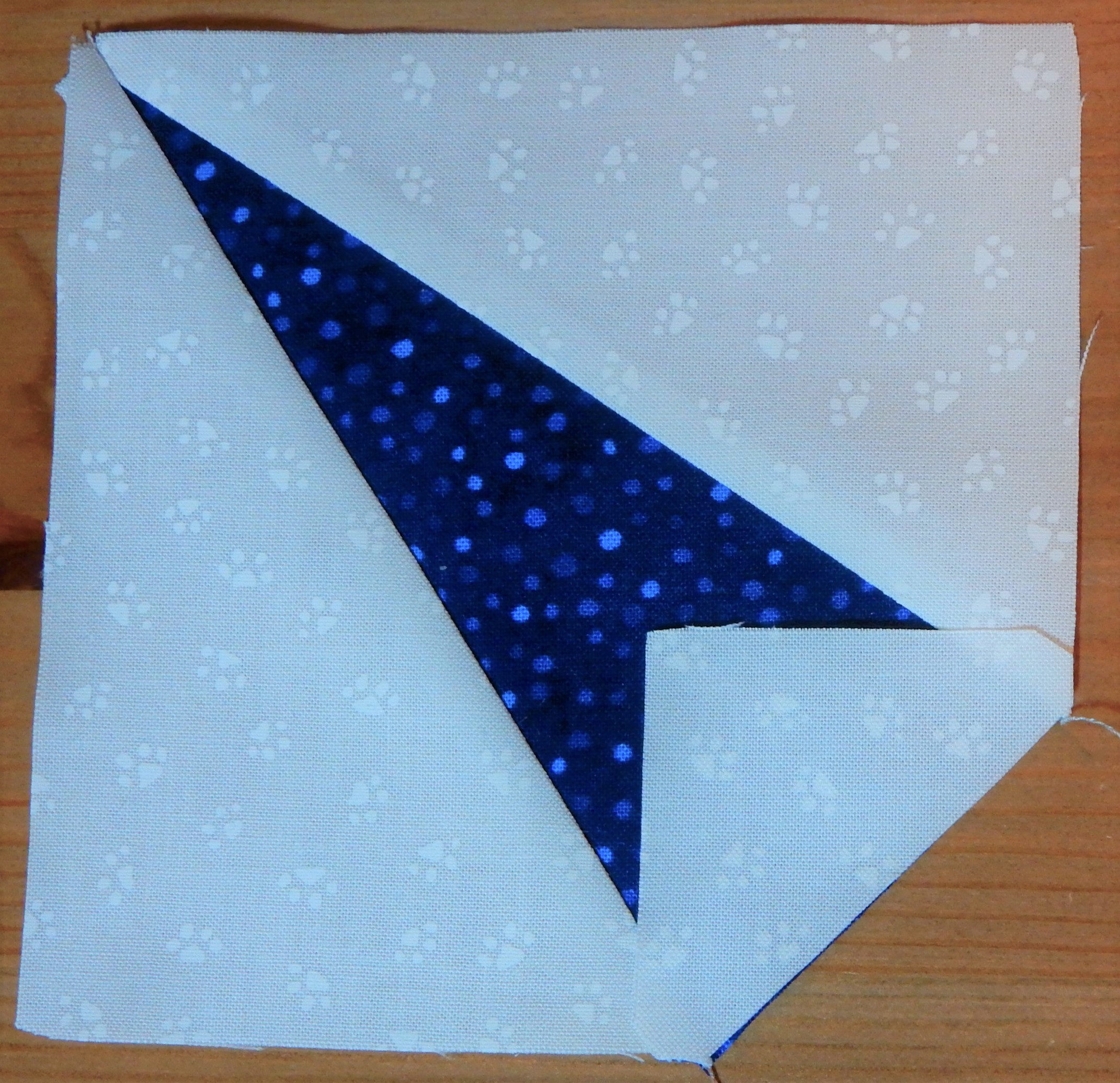 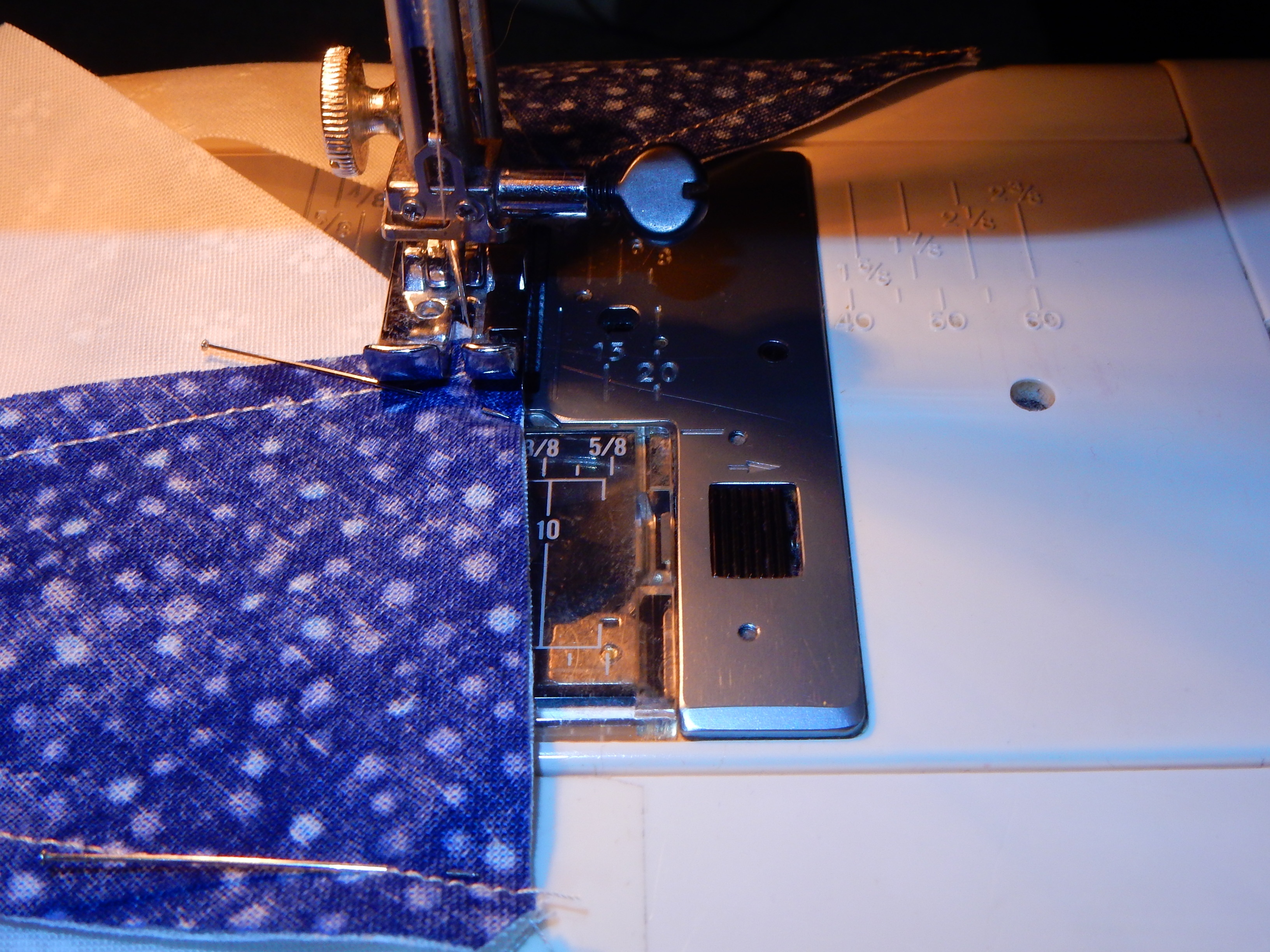 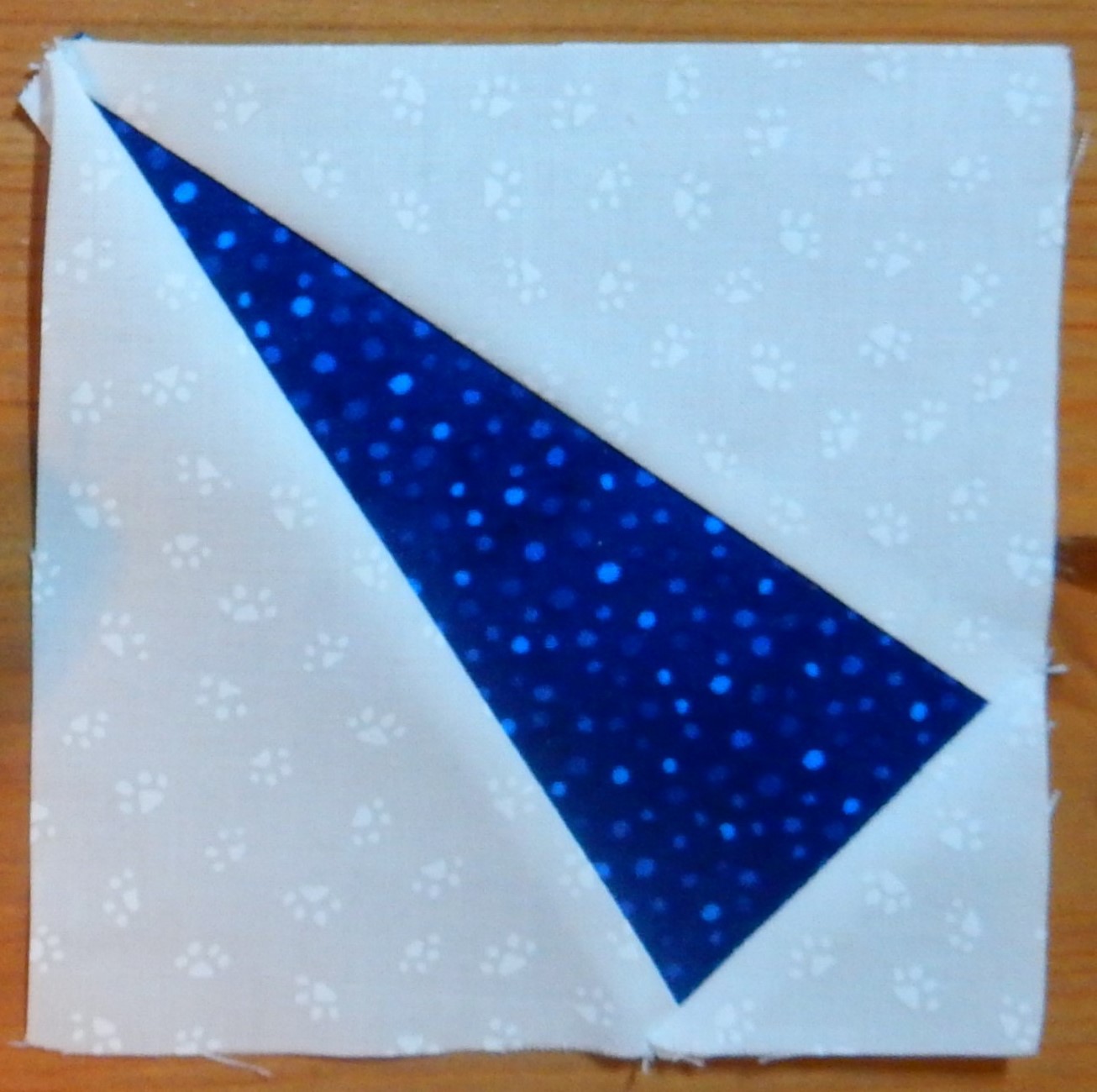 Make two of these, then make two more using a white patch A with blue patches B, Br and C. 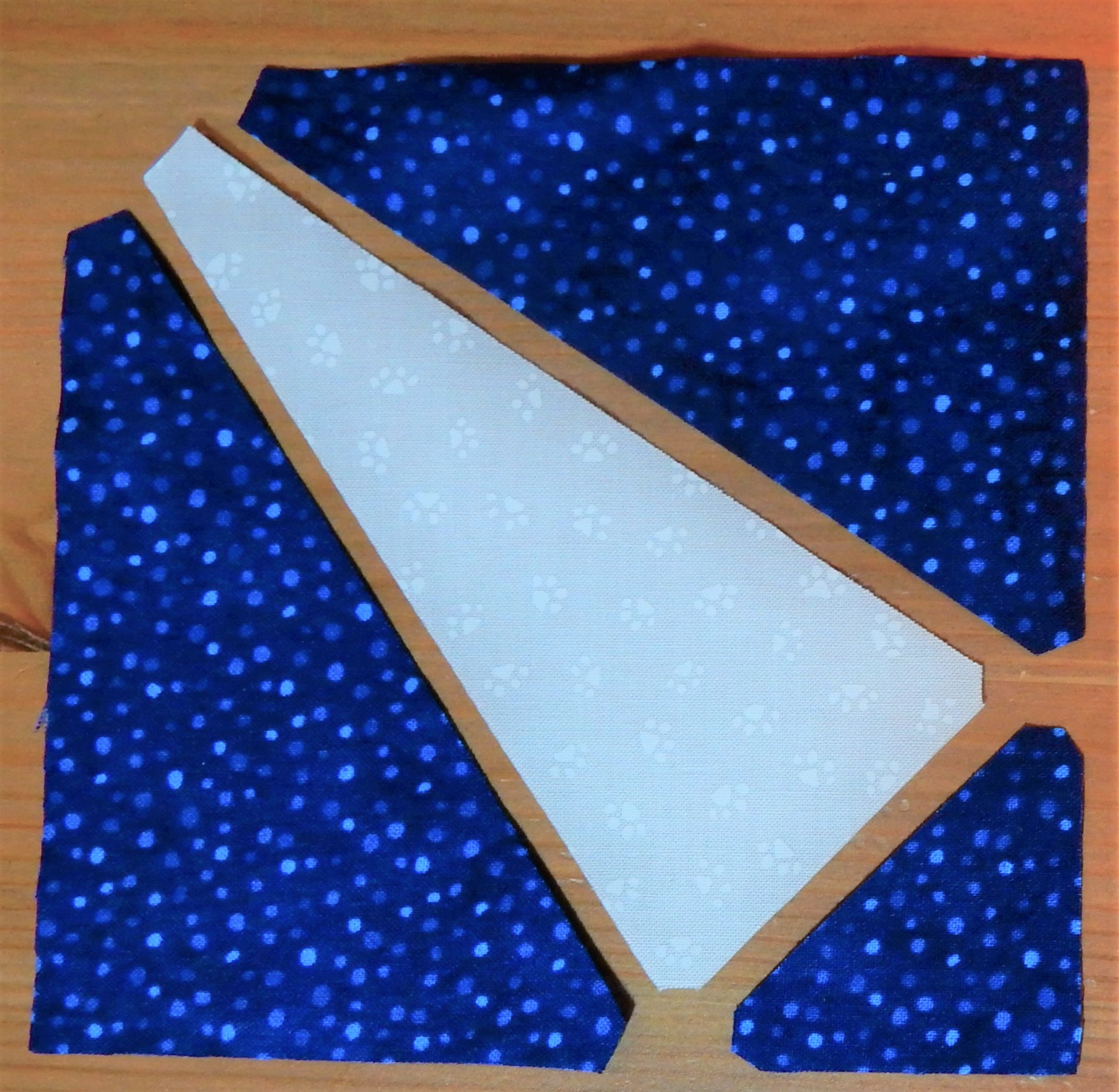 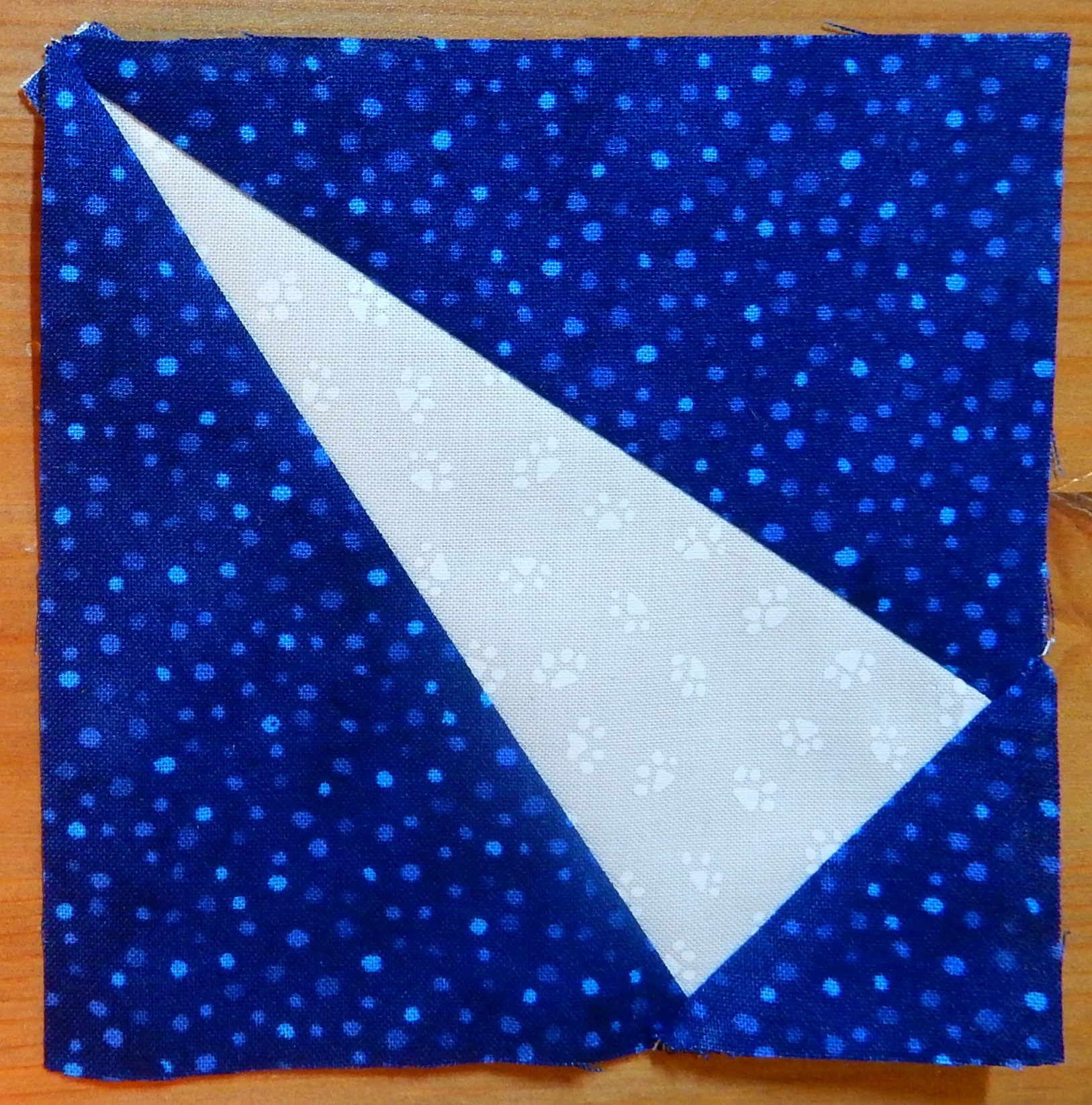 Lay out the four quarter-units to make a Crossed Canoes block. 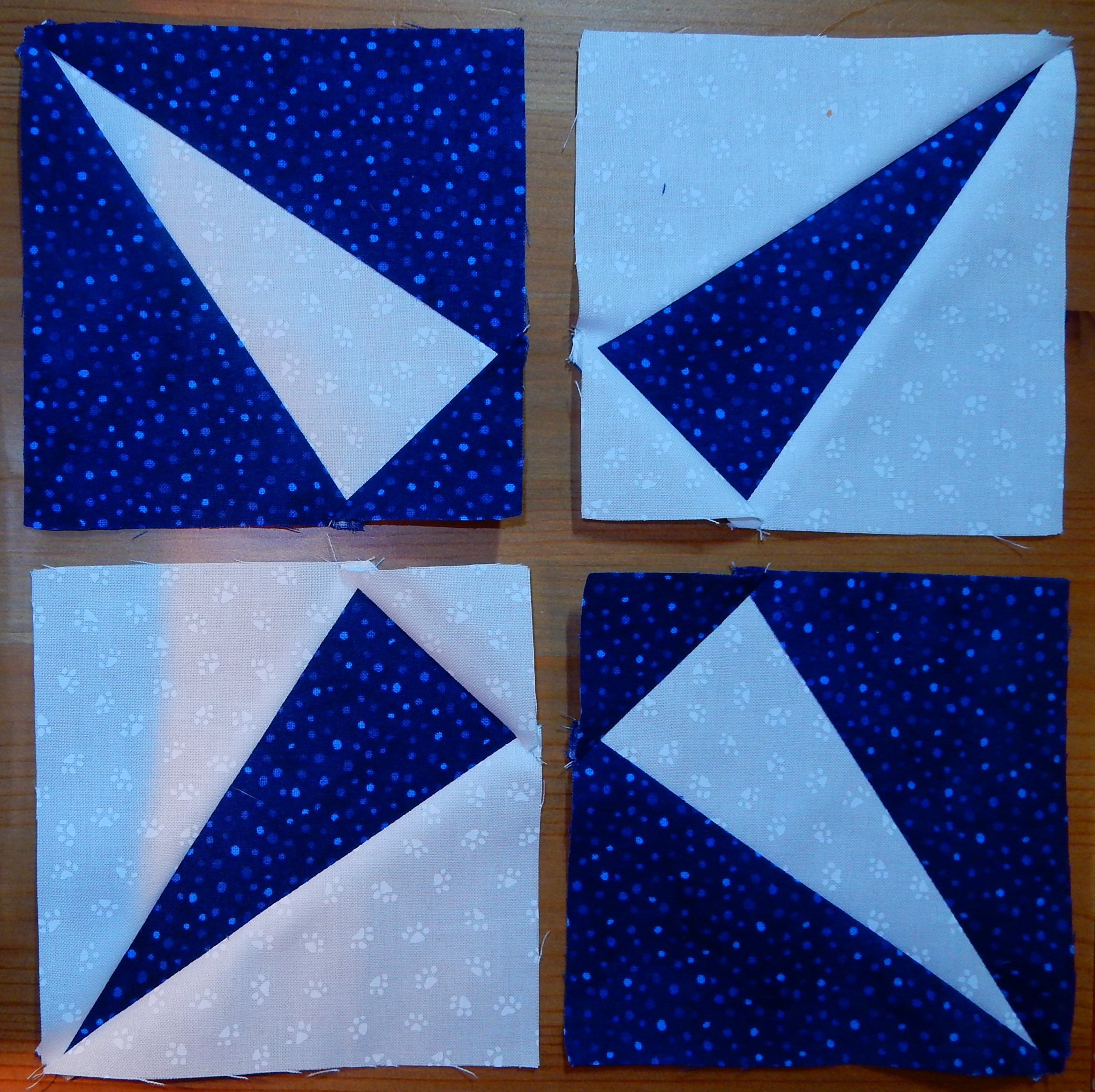 Match points and pin, pin, pin to sew two of the adjacent quarter-units together. Press seam open. Repeat with the remaining two quarter-units. 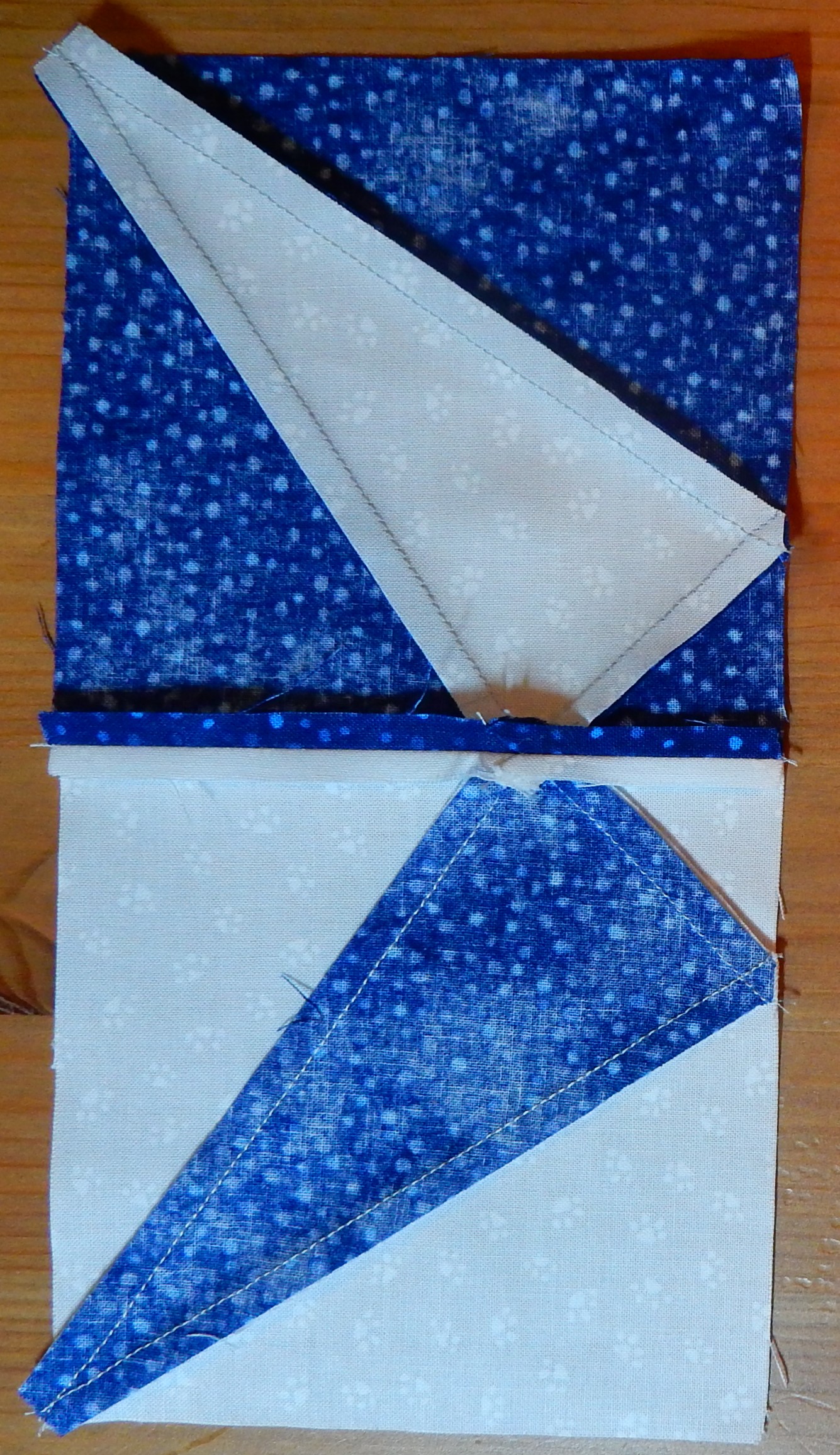 To sew that final seam, again match the points, and the center seam and pin away. After sewing, press seam open. 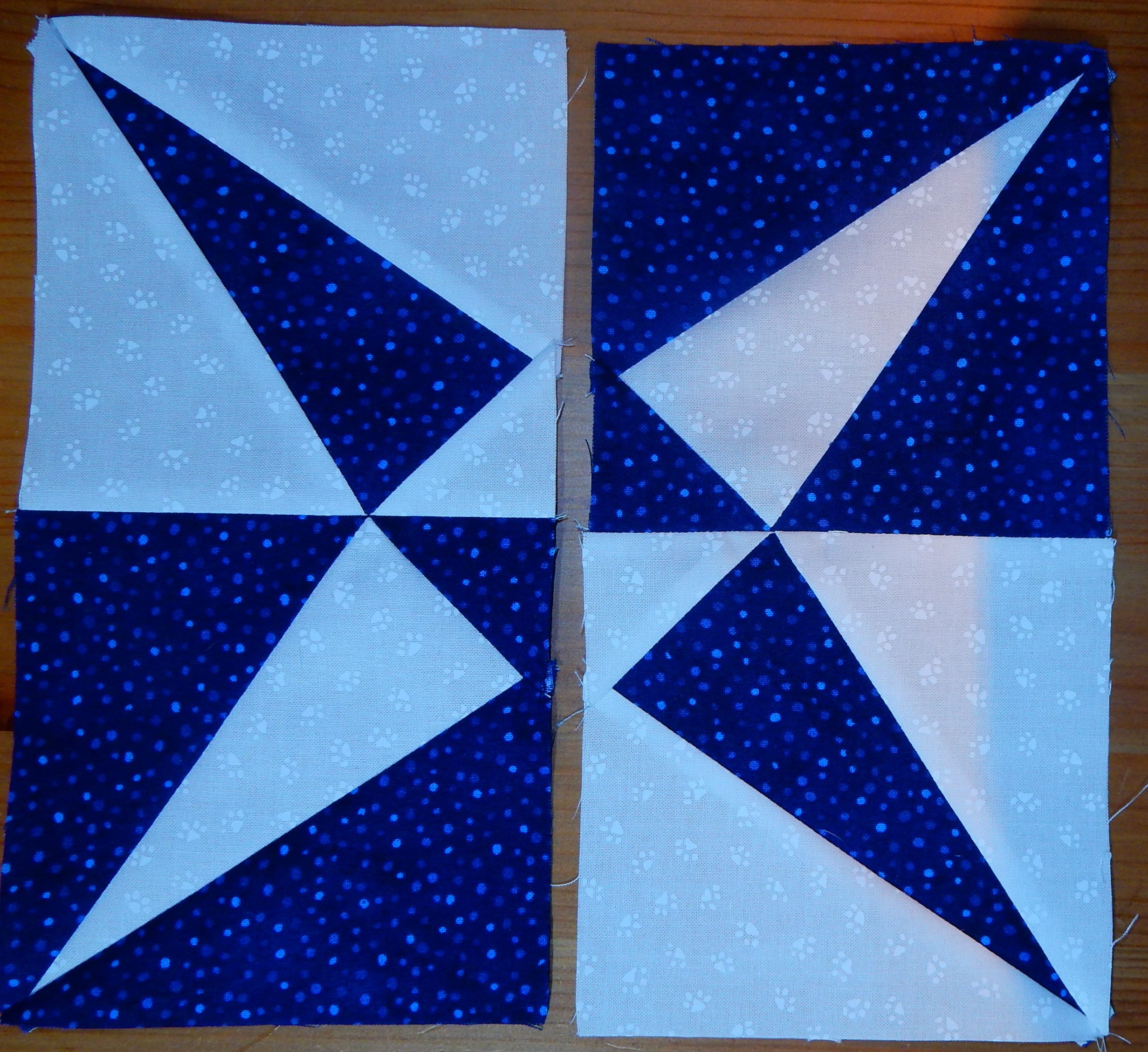 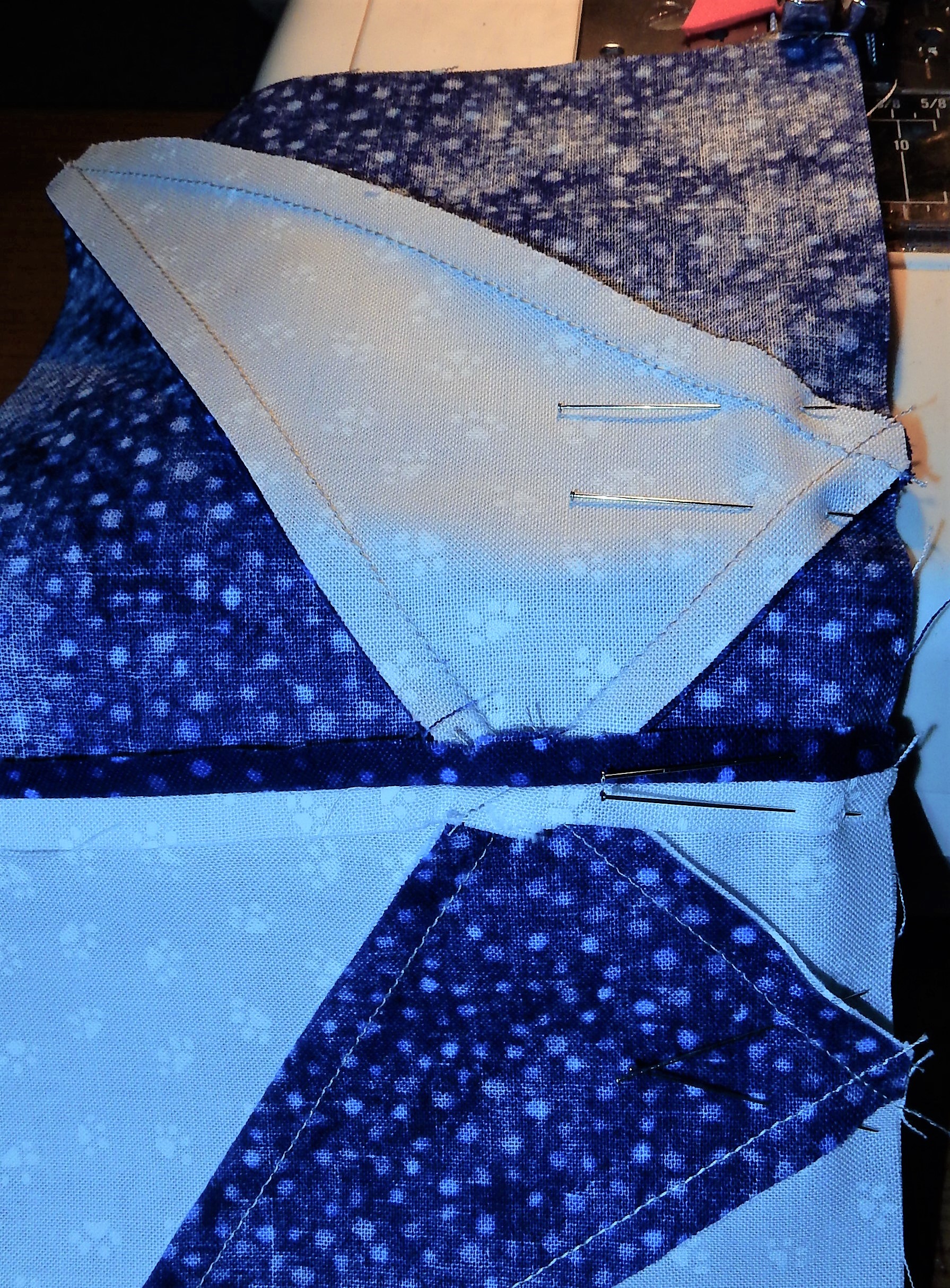 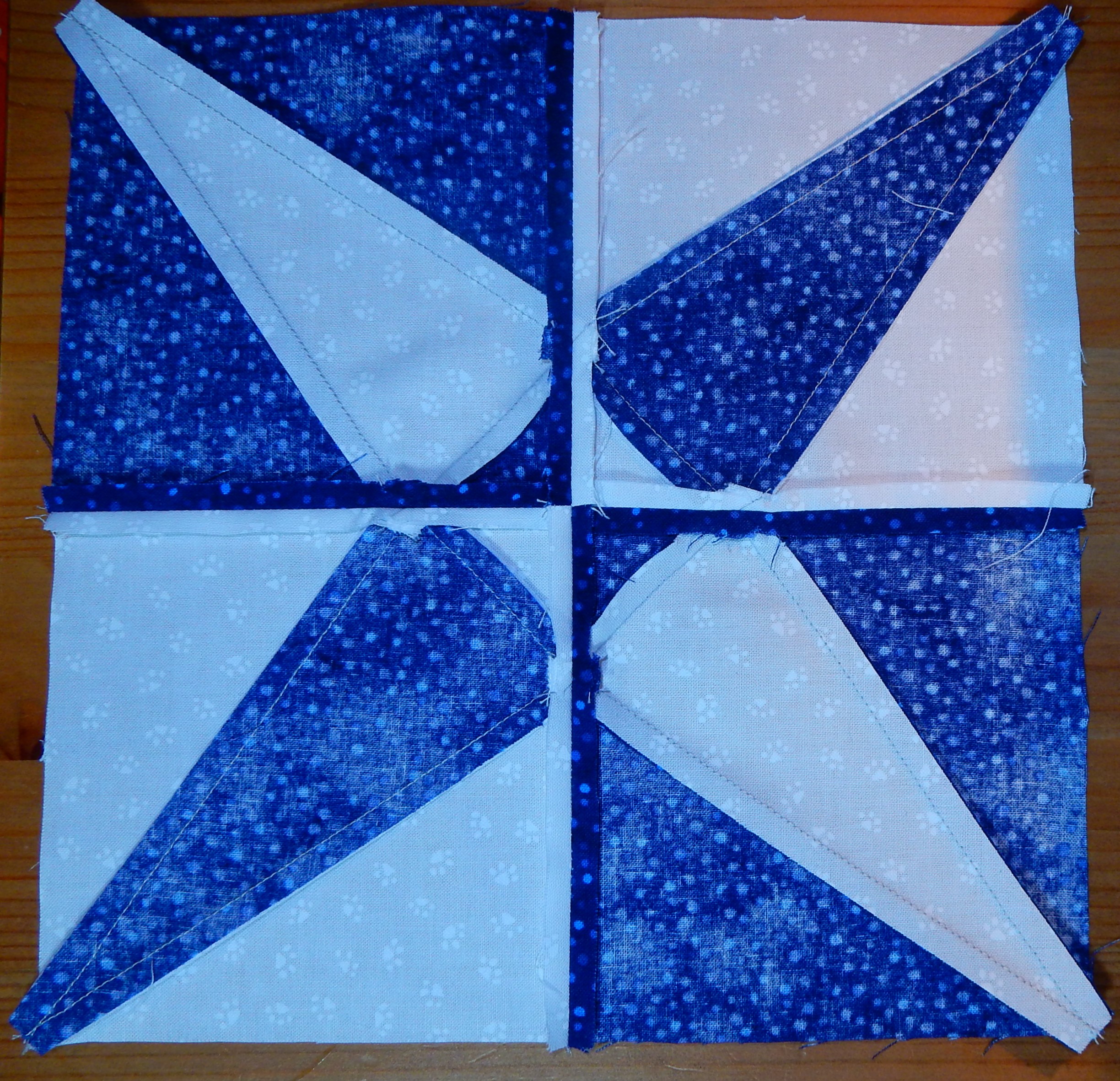 Just a quick note about pressing seams:  I honestly do not like to press seams open. I believe seams are more fragile this way and your quilt may possibly get seam separations (think holes in your quilt top!) easier. However, there are some occasions that require pressing seams open just to get the block to look perfect and lie flatter. Putting this Crossed Canoes block together just seems to be such an occasion. Pressing seams to one side still works but when I tried it, it was, at times, more difficult to match points and certain intersections were just really bulky. 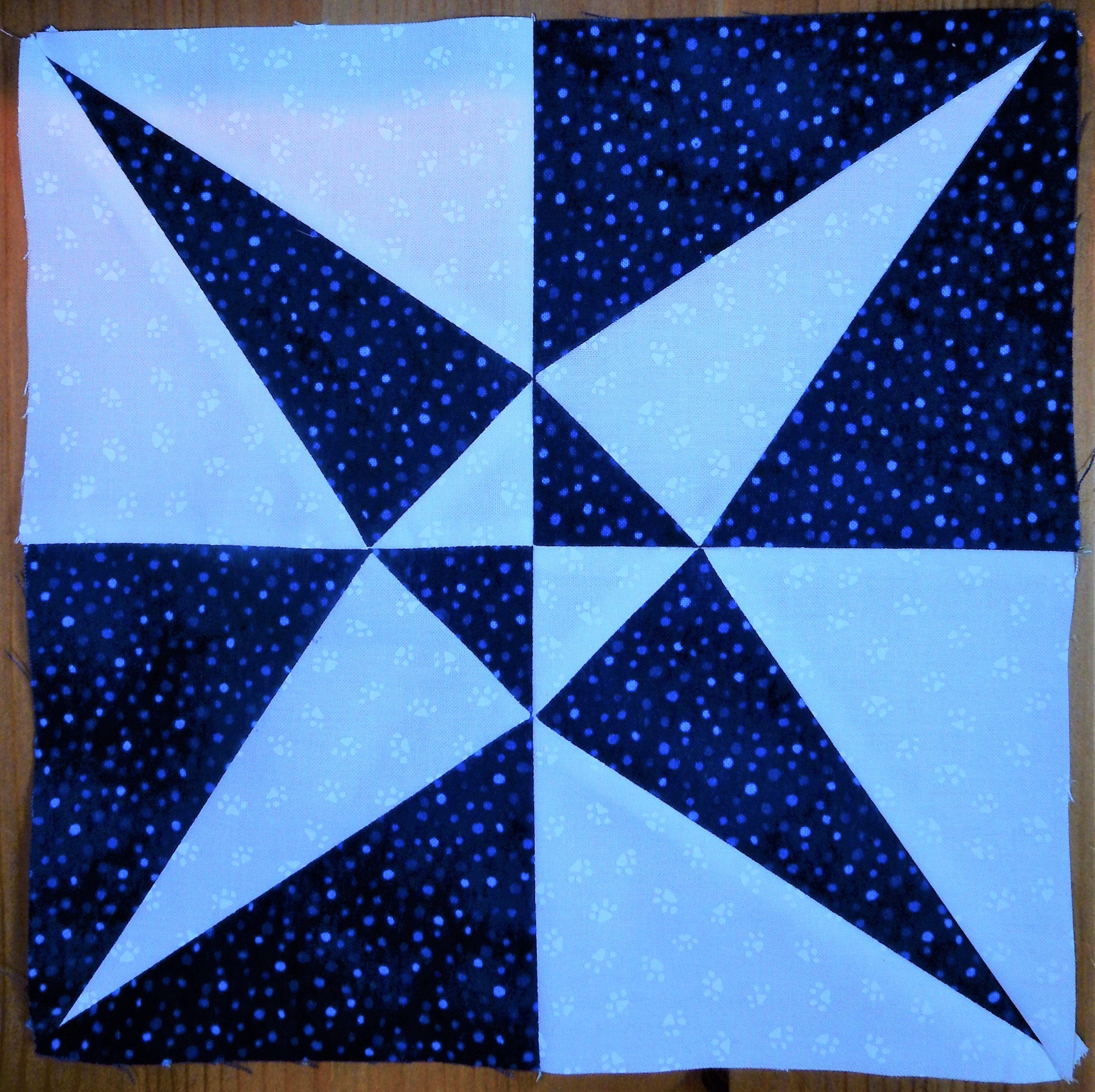 Check out these quilt designs with the Crossed Canoes block!

Simple, horizontal layout with sashing, borders and a flange or piping along the binding. 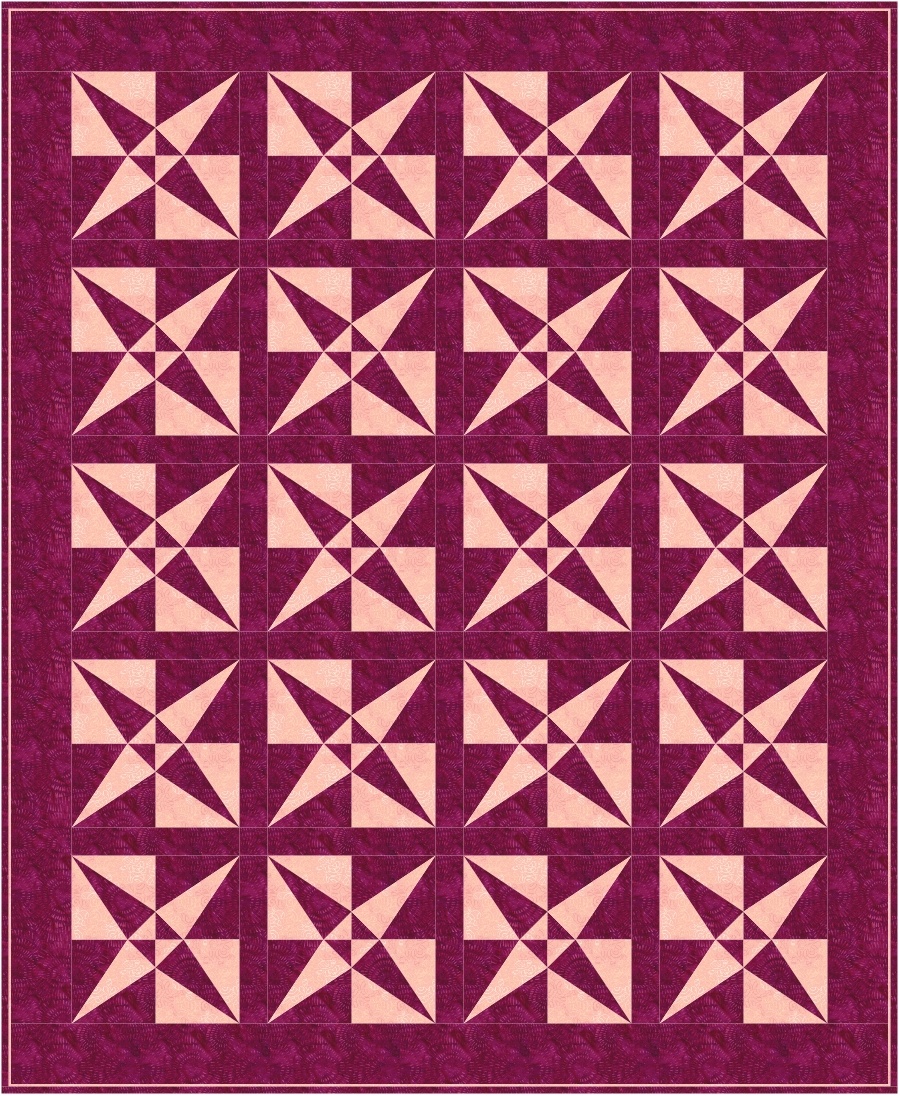 Horizontal layout with sashing again, but the blocks are rotated this time. 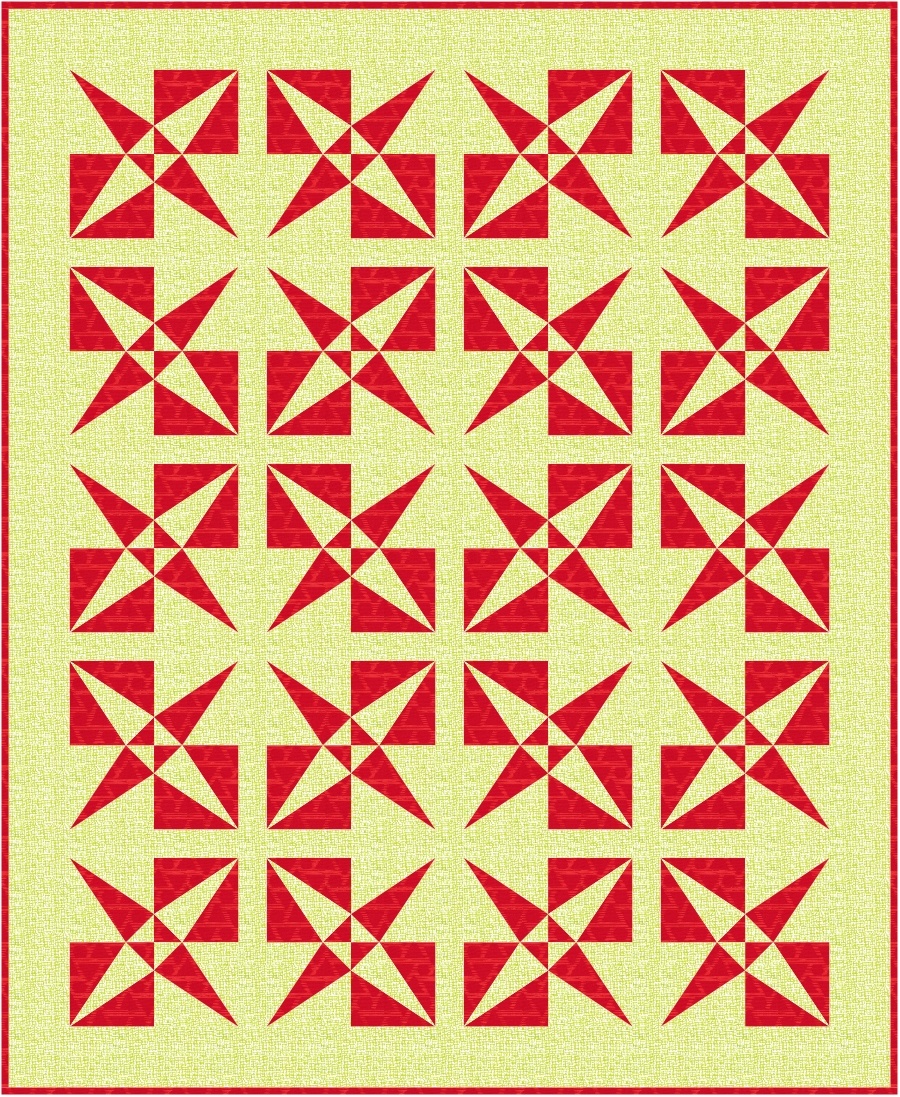 I saw an antique quilt from the late 1800's with the Crossed Canoes blocks on point like this! It looks so different, doesn't it? 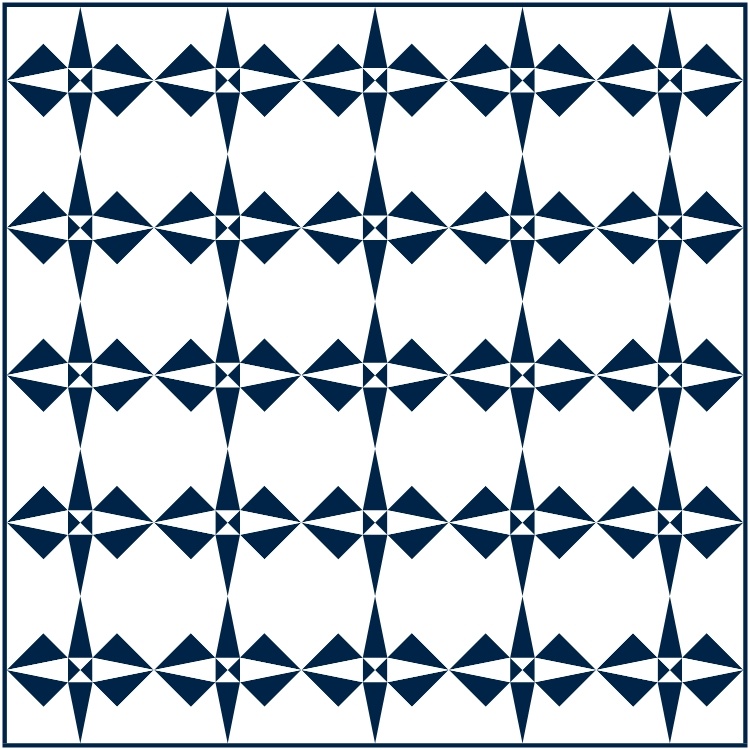 Which one is your favorite?

Now, I decided to put a modern spin on this block by making a scrappy Crossed Canoes runner! So, instead of cutting a strip from each of my fabrics, I simply cut an approximately 6¼" square from each one of a whole bunch of fabrics. For my small 13½" x 36" runner, I needed to cut 24 squares total so I used 24 fabrics. Well, okay, I cut more squares just to get more variety! The scrappier the quilt, the better!

Pairing the squares off by color combos that I liked, I went and die-cut the triangle shapes. For each pair of squares, I was able to make 2 distinct quarter-units. 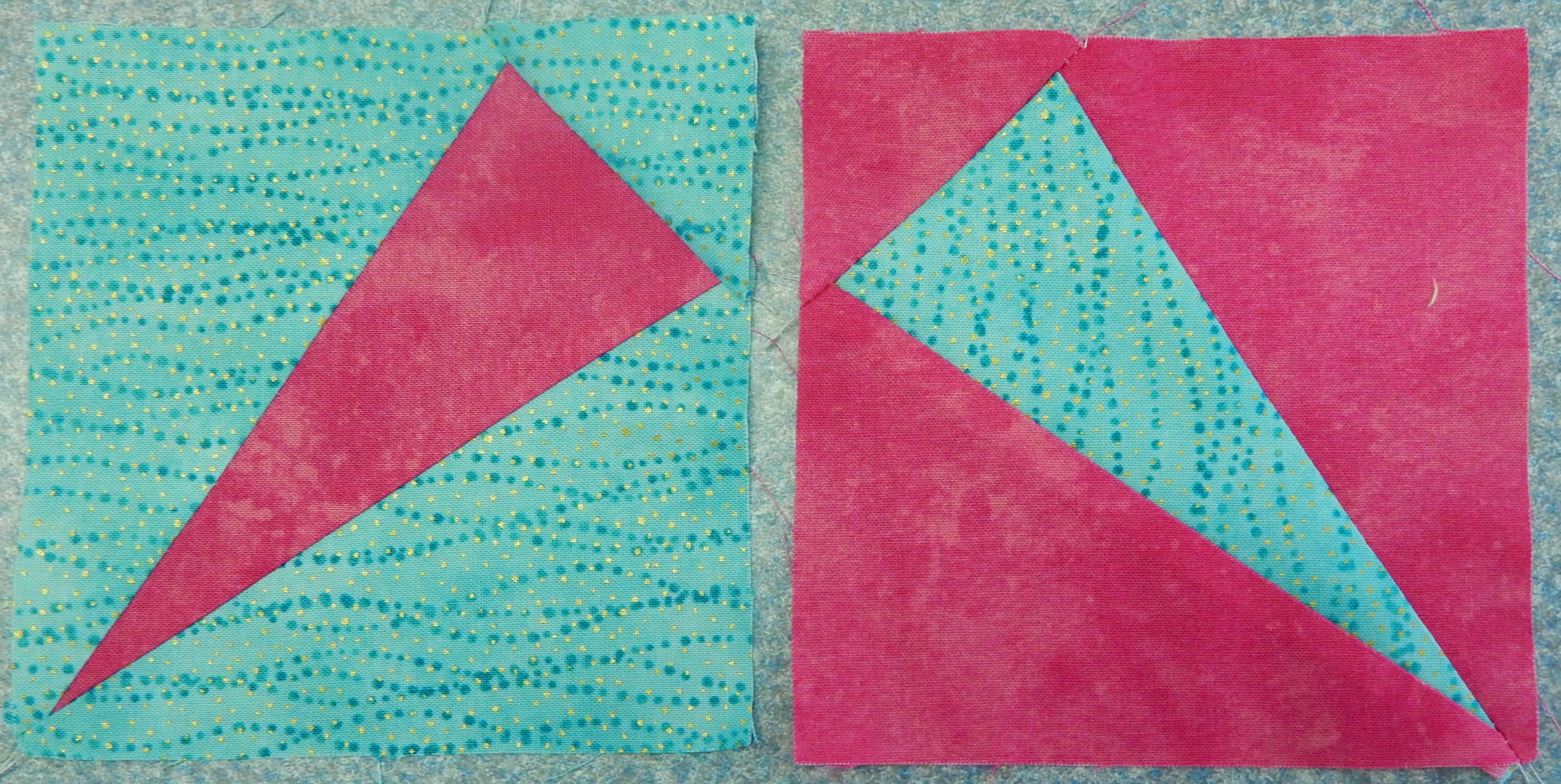 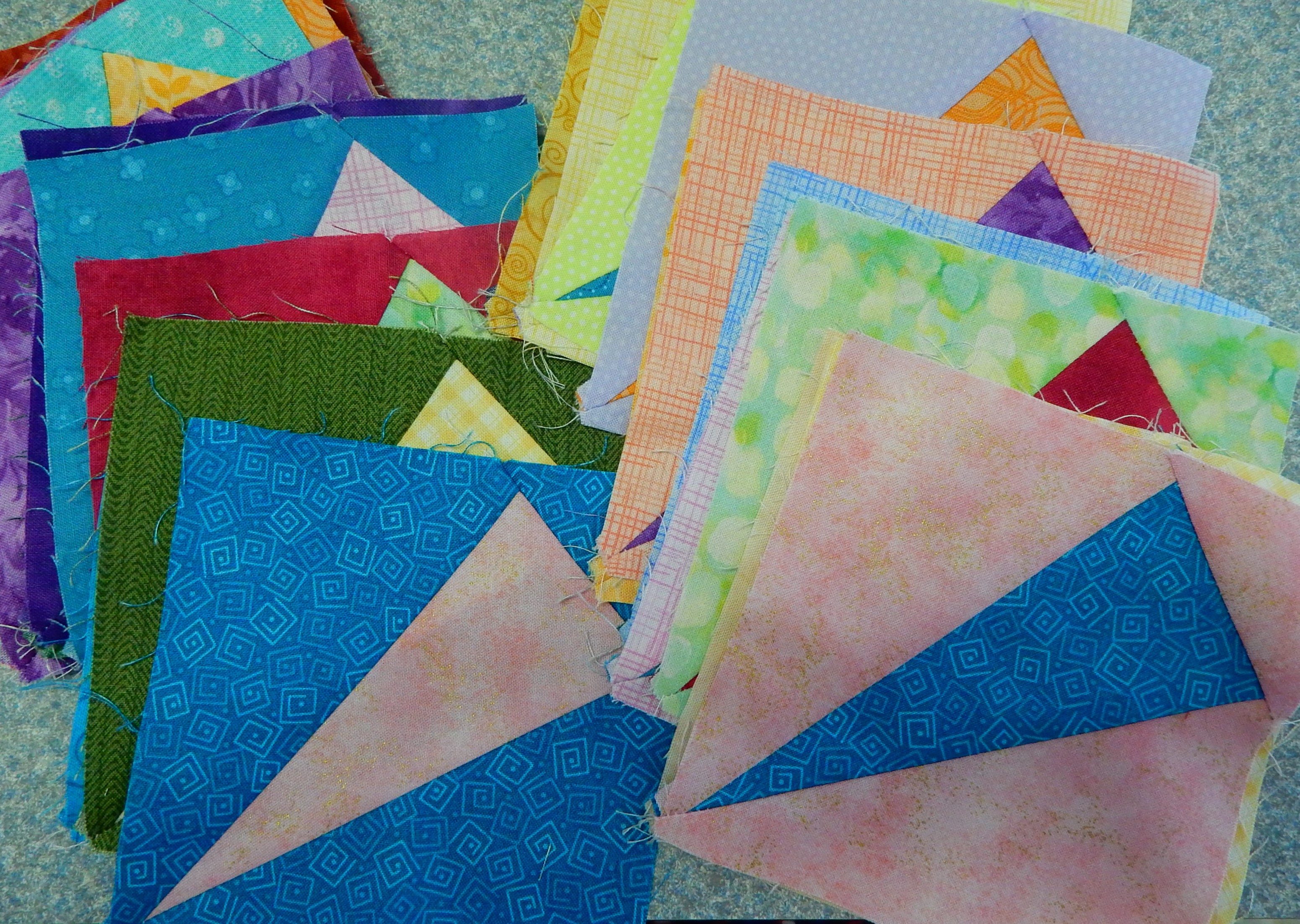 I laid out 24 quarter-units as shown and sewed the units within each column together before sewing the whole runner together.

Some of the stitched columns! 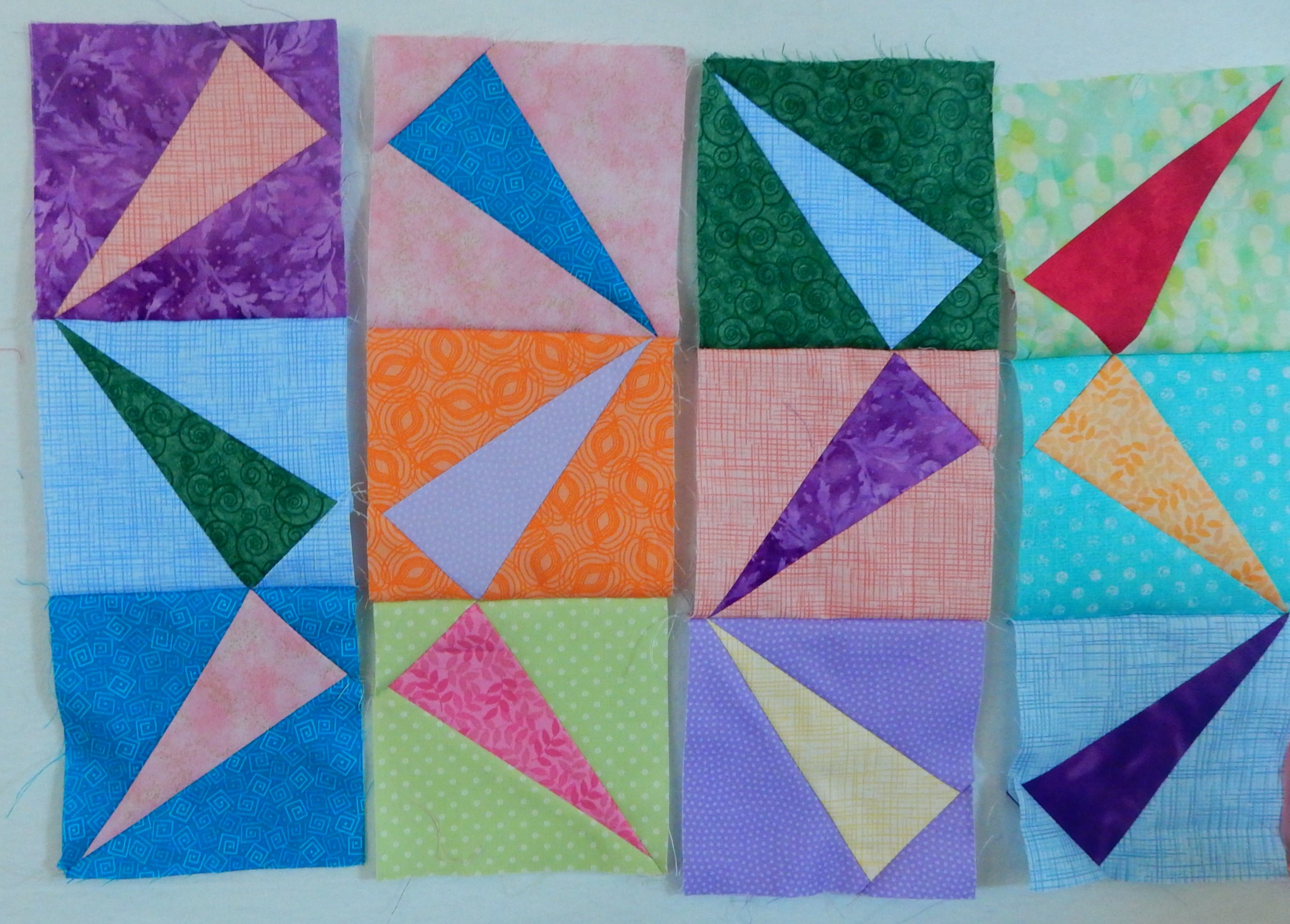 Layer the quilt top with the batting and the backing to create a quilt sandwich. Baste with pins or temporary adhesive spray.

Machine quilt as desired! My quilt has simple echo quilting on the outside of Patch A.

Baste along the edges of the quilt within a ¼" of the raw edges. Trim along quilt edges.

I used the GO! Strip Cutter- 2½" (2" Finished) (55017) to cut binding strips. Sew the strips together with a diagonal seam and press-fold in half. Carefully attach the binding to the last ¼" along the edge of the quilt. This way, you don't cut off the points on the Blocks.

I can't tell you how fast this runner came together and how happy I am to have the AccuQuilt GO! Crossed Canoes 9" BOB® die.  I hope you'll feel the same when you make your own Crossed Canoes quilt!