Welcome to the GO! Bear’s Paw Block on Board® (BOB®). I made a variation of the Bear’s Paw block to use as a table runner. While I used red and white, my thoughts were of falling leaves. The single "paw" unit of the bear's paw looks a lot like a maple leaf. 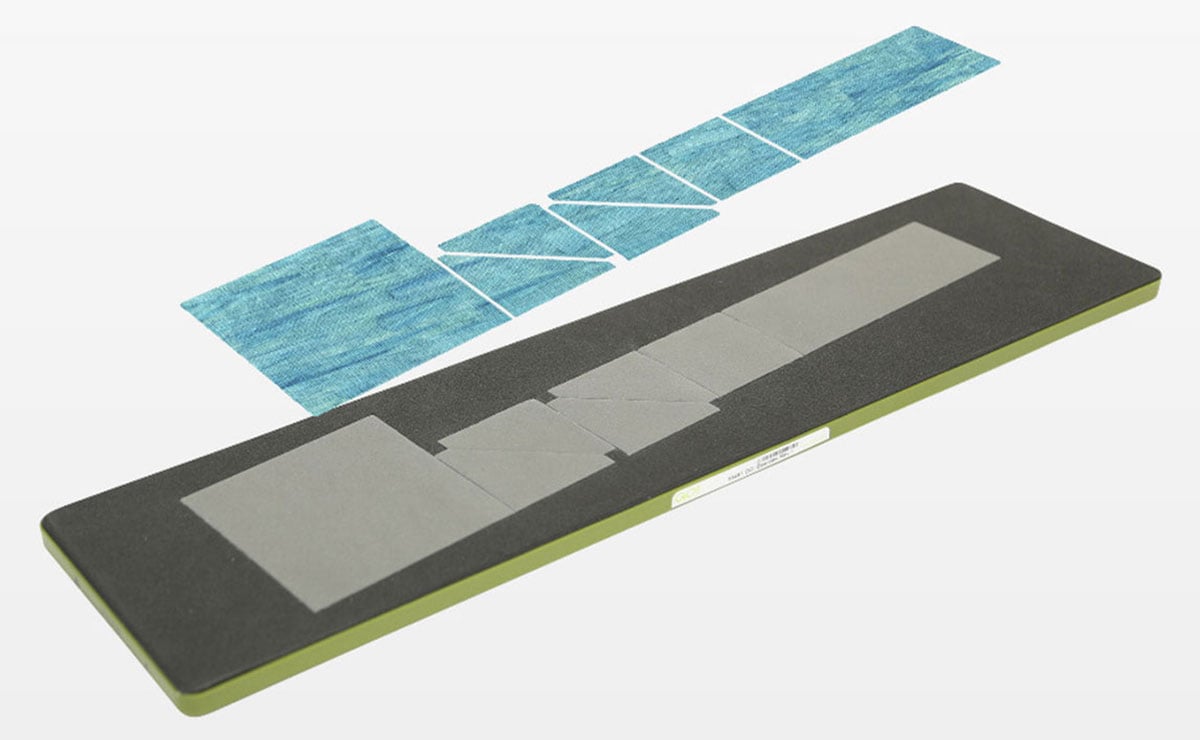 For this quilt I used two metallic prints from my stash, one is a red with silver snowflakes and the other is a silver star on white background fabric. The blocks as shown below are 8” finished quilt blocks. Using ten of these blocks, I created a table runner that is 20” x 44”.

The die is laid out as shown in the illustration below:

These are the pieces when cut:

The following image shows the block in this quilt. The same block is used throughout, however the blocks are turned alternating 90 degrees as shown in the illustrations.

Each Bear’s Paw Block in the quilt is made up of two units.

Make the ‘bear’s paw’ by sewing the triangle units to the 4” Finished Square (Shape A). You will make 10 units.

Arrange the ten blocks as shown, turning blocks to create the design. Stitch the blocks together to make six rows and then stitch the rows together to complete the quilt.

Add Borders to the Quilt:

Measure through the vertical center and left and right sides of the quilt and average the three numbers. Use that measurement to adjust the length of the vertical borders and cut to measurement. Stitch the borders to the quilt.

Quilt as desired. Bind and Enjoy!