Hi everyone, it's Bea Lee from Beaquilter. I'm here to show you how to make a quick red and white quilt (small lap or large baby quilt) that's SUPER quick using the 8" QUBE set and the 8" Companion Set! I also used a FQ bundle from Connecting threads called Kinderfolk and about 1yd for the border and another yard for binding and inner border.

I first sorted this bundle into "darks and lights." In this case it was reds with white print and whites with red prints. 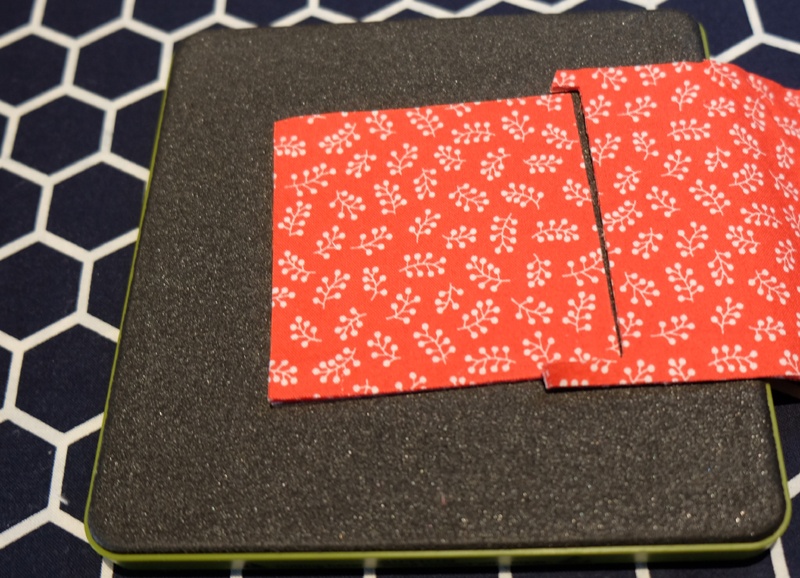 Then I sewed them together sort of randomly but did the squares first to make sure I had 4 of the same triangles around each one and I tried to mix up the centers and triangles as much as possible, then added the remaining triangles to the angled sides of the signature blocks, matching up the triangles in pairs too. 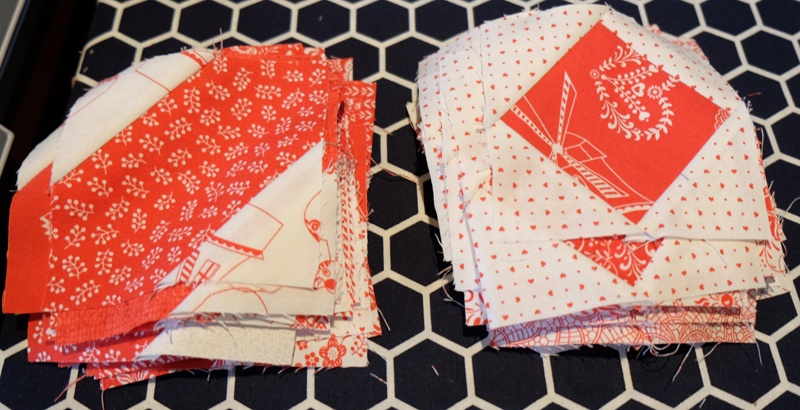 The one thing that I truly LOVE about this QUBE set is that the math is taken care of AND the dog ears are cut off!

It's SEW easy to sew together a diamond block like this, where it matches up perfectly!

I know a regular way of doing it if the dog ears were on there and were rotary cut was to perfectly center it and that was hard. I often had to fold the fabric in half and either crease it or mark it with a pin and do the same with the center square. Here, you don't have to do that at all!! Super easy! 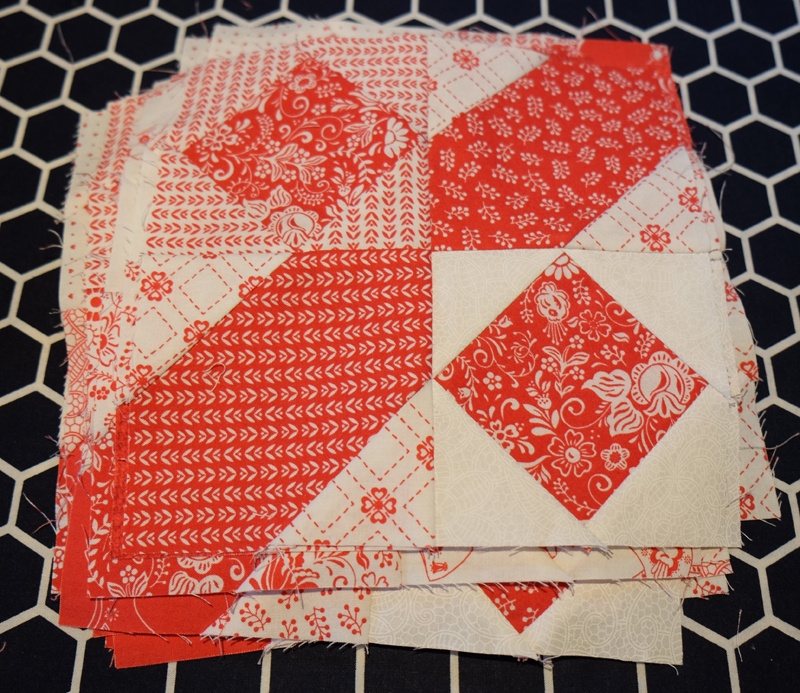 Now it kind of looks like dutch windmills, doesn't it?? 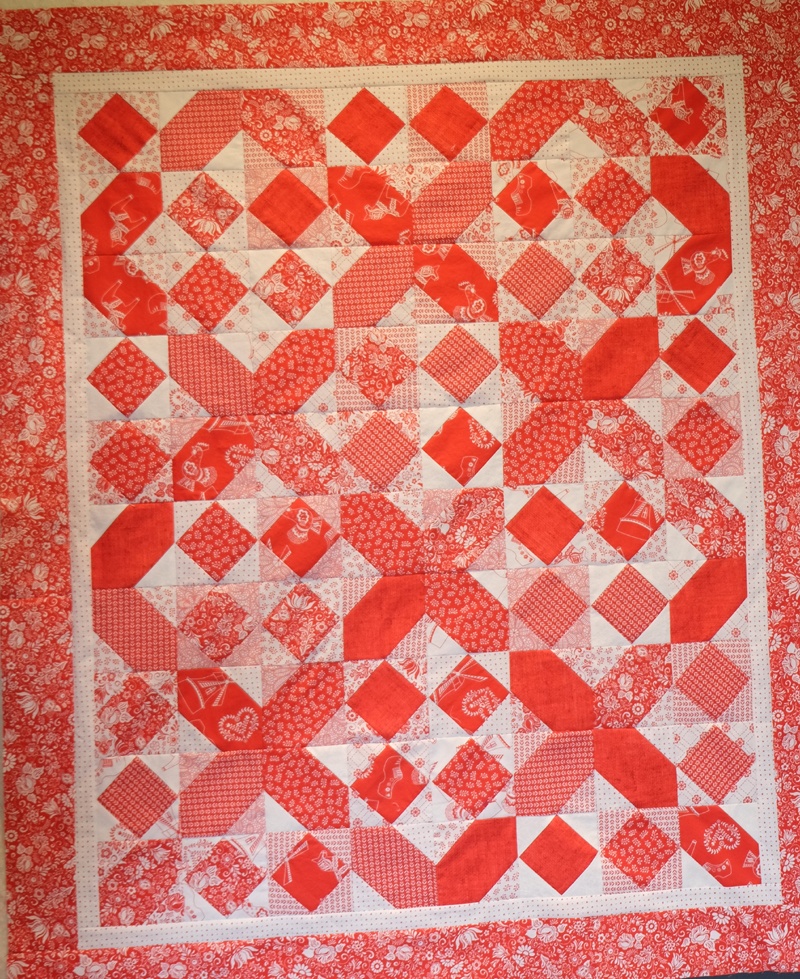 Here's the quilt all quilted and bound!

I quilted an allover pattern with flowers and leaves in white thread :) 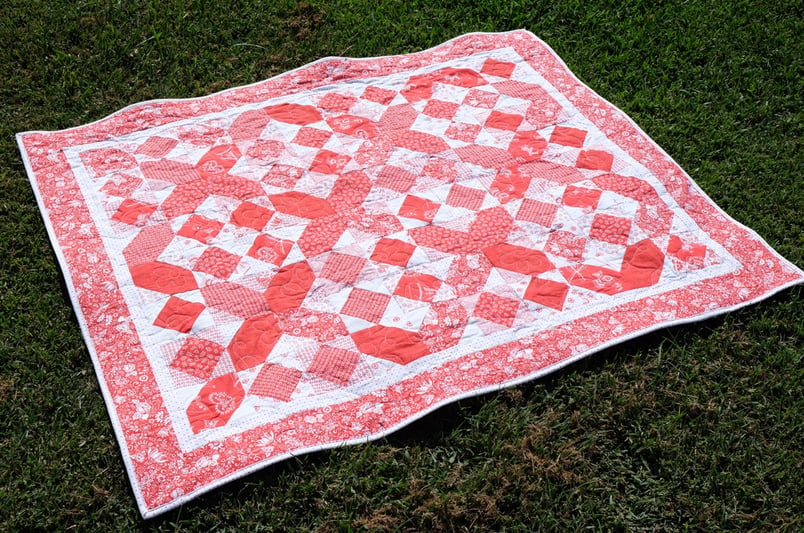 Hope you'll try it... It will go together in a snap!

I think I cut out all the pieces in an afternoon and the next day pieced it all together and that includes taking breaks and taking care of my 4 kids :)