Needles - Try Quilting Without Them

While it’s true that high tech sewing aids like permanent glues and fusible fabrics have somewhat supplanted the need to attach cloth to cloth with thread, needles remain the single most necessary piece of sewing equipment we use. Here are some interesting things to know about your needles.

The first needles might have been thorns dragging plant fibers through animal skins or bark. At some point, people figured out how to poke or drill a hole through bone or wood without shattering the “needle sliver.” They used animal sinew or coarse, short plant fibers; it would be a while before longer thread fibers were common. The metal needles we know now came about in the 17th century once steel-making was mastered, and they’ve been evolving and improving ever since.

Come to think of it, civilization would not have progressed too far without the needle (people draped in animal skins and plant leaves – can’t see that crossing an ocean, finding the North Pole or going to the moon), so show yours some respect. 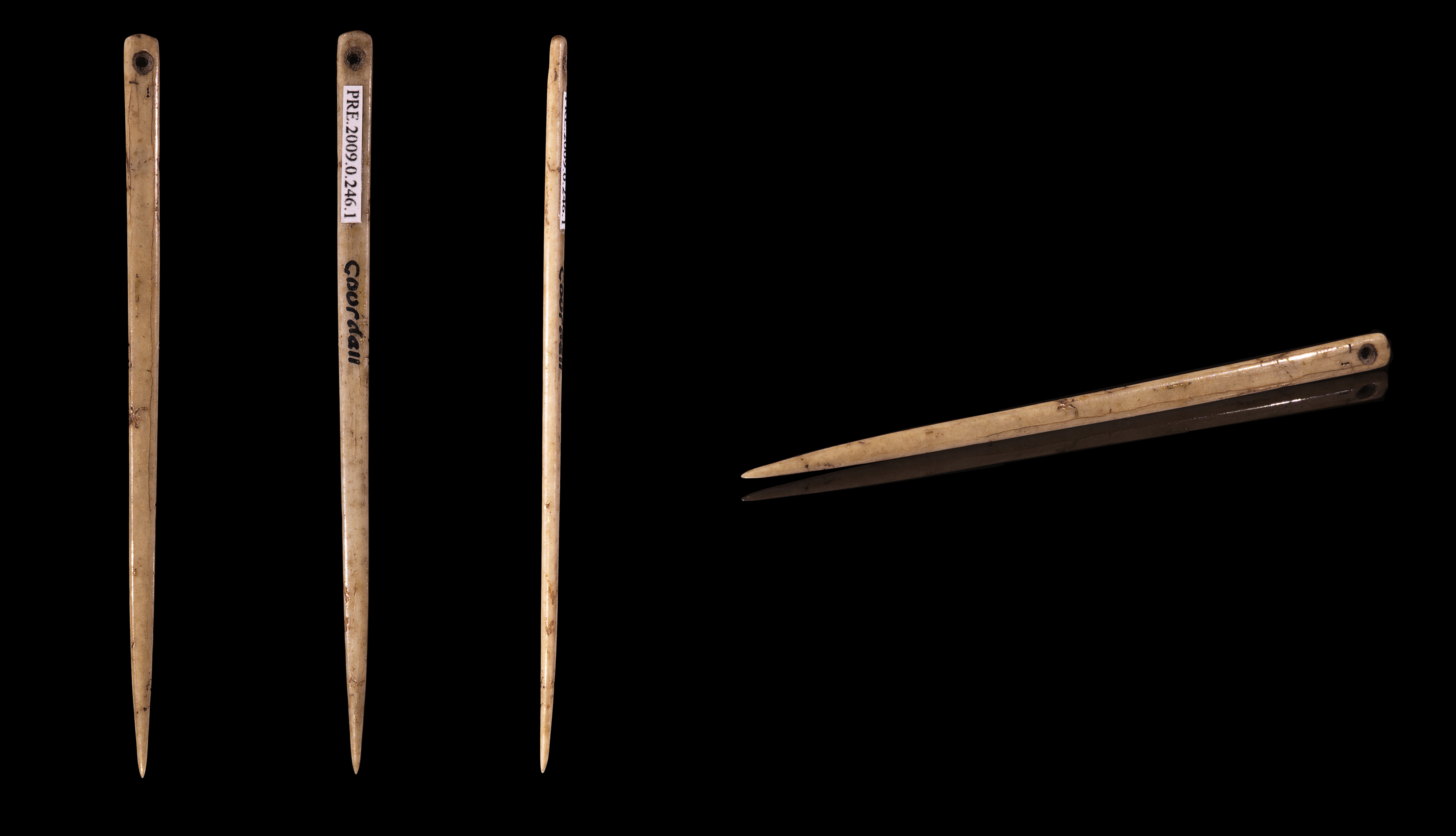 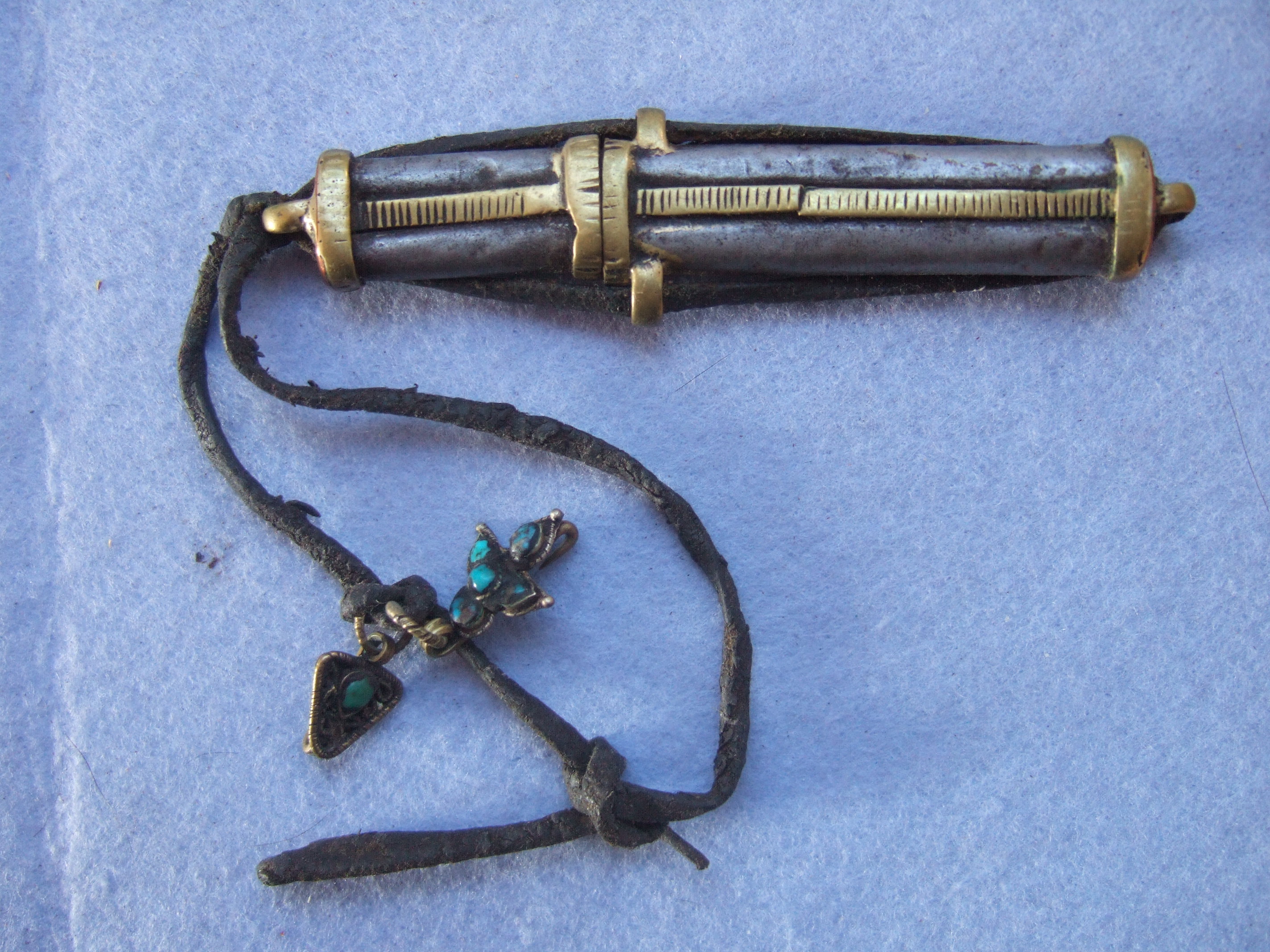 Needles consist of the point, eye, scarf, groove, shaft and shank. Changes in these parts create the different types of needles, which should be matched to their use and/or fabric application.

There are many types of sewing needles and no doubt more will be created as time goes on. What they have in common is a length, strength, eye and coating designed for a specific use, and this: the smaller the needle, the larger its size number. Here are just a few types; this is not a comprehensive list by any means:

Today all needles start with high carbon steel and are made using wire-pulling techniques. Once the needle length is cut (it’s essentially a wire that is sharp at both ends) and the eye is shaped and drilled, the needle is hardened and finished. Nickel, gold, and a platinum/titanium combination are each used as a plating against corrosion and to reduce drag and friction while sewing. If you’ve always used the same kind of needle, try switching to a different finish; you’ll notice the difference.

Best practices for using needles include changing them far more often than you imagine for both hand and machine sewing. Touch the point of a new needle against your finger. Touch the needle point you’ve been using. If there is a difference, out with the old and in with the new. (I find this more reliable than trying to keep track of how many hours of sewing you’ve done. Who keeps track of that!? If you do, current wisdom is that eight to ten hours or so is all a needle can give us.)

My theory about why we contemporary quilters hang onto needles belongs in the “Quilt Myths Museum.” There was a time in very rural and poor parts of the world when the peddler selling needles and pins didn’t come around as often as needles wore out; people were, after all, sewing every stitch of clothing they wore and all their household goods, including leather items. In his book, A People and Their Quilts (Schiffer Publishing, 1984), the folk historian John Rice Irwin wrote about an Appalachian woman who sharpened her needles every three years (!) with a file or whetstone and rolled them on the floor beneath her bare feet to remove rust!!

Quilters, quilters! Get out of Mythland. Needles are one of the least expensive items we use to sew with! Buy new ones. Replace them often.

If you’re sewing by machine and your thread keeps breaking and you’ve checked the tension for thread and bobbin, change the needle. Microscopic burrs inside the eye and a dull point can wreak havoc. Likewise, if you’re using metallic thread in a hand sewing project and the thread length is correctly short but the thread breaks, change the needle. (Be sure that when you use metallic or other specialty threads, you’re using a needle made for that thread, hand or machine.)

Some hand quilters, and I am one of them, swear by quilting needles that eventually curve a little. As long as you’re achieving the stitch result you seek, it’s okay to use a needle that has warped. This will not work at all in a machine application; you’ll only make your machine repair person rich.

When you dispose of a needle that has done its duty, use caution. Keep a small container like a film canister or empty sprinkles jars from the kitchen around and put used needles in that before tossing them in the trash.

For more fun with needles, why not try making a needle keeper for yourself or a sewing buddy?

Following almost five years as the executive book editor for the American Quilter’s Society, Andi Reynolds retired and has resumed the freelance life. She spends her time writing, quilting, cooking, and obeying the commands of her large dogs Lucky and Mousse. Her husband Dennis is the beloved co-leader of the pack. They live in Paducah, Kentucky.